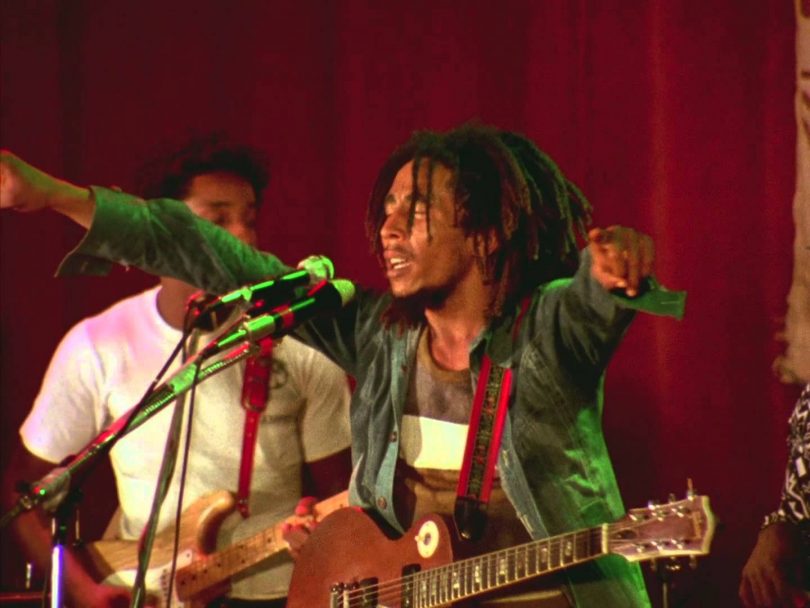 The two 1975 concert shows performed at the Lyceum Theatre in London by Bob Marley & The Wailers represented the band at its peak artistry. Both shows were recorded by the Rolling Stones mobile studio, and seven songs from the second show were released as the “Live!” album in December of that year. The recording was them broadcasted on the King Biscuit Flower Hour in 1976. Now the Marley Family plans to release the complete sets from both concert shows as a three-LP set in black vinyl, as well as in a digital package on December 16, 2016 – a tri-gatefold presentation that includes a reproduction of the tour program of the historic United Kingdom tour from 1975. Also on December 16, 2016, UDiscover and Kingston’s Bob Marley Museum will exclusively make available to the public a seven-inch live vinyl disc that will include “No Woman, No Cry” and “Natty Dread” complete with a picture sleeve. The classic line-up of Marley and The Wailers in London included Aston “Family Man” Barret on bass, Carlton “Carly” Barret on drums, guitarist Al Anderson, keyboardist Tyrone Downie, percussionist Alvin “Seeco” Patterson and the back-up vocals of I-Three: Rita Marley, Judy Mowatt and Marcia Griffiths. Bob Marley’s interaction with the crowd that sang along with him on “No Woman, No Cry” resulted in what is considered the definitive version of the song. In 2009, Chris Jones of the BBC wrote that this “seminal” live recording captured the place where roots reggae ad Rastafarianism “finally entered the popular culture” and that it captured the group at its peak. According to Jones, “No one before this had combined both roots and R&B in this way… uniting both working and middle classes with his songs of universal struggle and religious metaphor.”