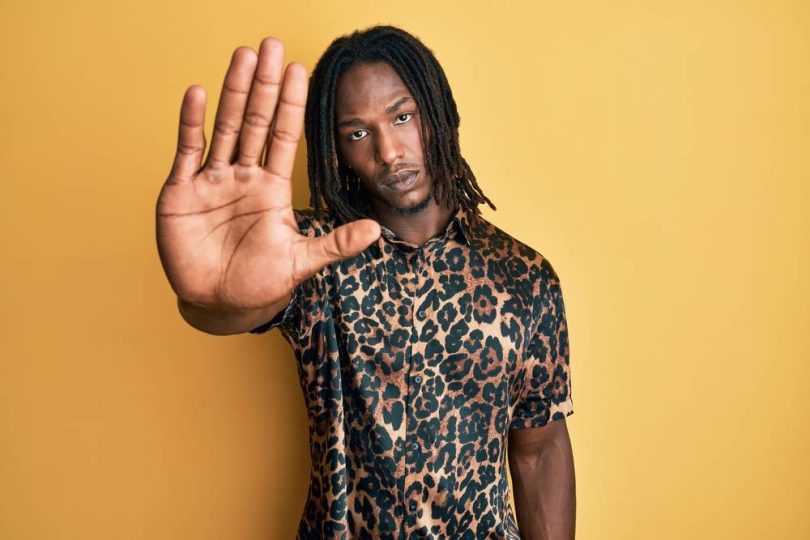 Prime Minister Andrew Holness has weighed in on the recent banning of dancehall artiste Skeng from performing at any public events in Guyana. The ban was announced by Guyana’s Minister of Home Affairs, Mr. Robeson Benn following an incident at the Baderation concert held on May 22nd  2022. The concert ended prematurely after shots were fired and bottles thrown. The Home Affairs Minister insisted that Skeng and other artistes who had a record of promoting vulgar and lawless behaviour including firing gunshots in public spaces would be prohibited from performing publicly in the country. Prime Minister Holness who was addressing a Jamaica Labour Party Area Two Council Meeting in Sydenham, St Catherine on June 13, 2022, stated that the developments have left him feeling ashamed.

In his address, Prime Minister Holness added that the contents of many popular dancehall songs should not define Jamaica. “Whap-whap and chop- chop and ensure and all ah dem …all of those things have their place, but they can’t define us. We should not allow that to define us…and it is an embarrassment to me when another country says I don’t want your artiste in my country,” he stated to the Sydenham gathering. He added that while the situation is humiliating, the Government of Jamaica could not intervene. And he is correct. The Government of the people of Guyana has every right to take whatever steps they deem necessary to ensure the protection of their people from negative influences, even if their attempt resembles censorship.

Predictably, and quite rightly so, Jamaican media houses have pounced on the comments of the Prime Minister as he used the speaking opportunity to express his concern that some of the very issues portrayed in some of these songs were seeping into the nation’s schools and has left him very concerned. While the Prime Miniater is just as entitled to his opinions as the rest of us, the difference lies in his role. When he Speaks, it is not only to his Party’s supporters but to all of Jamaica.

Previously in April of 2021, Prime Minister Holness had danced down this very same wicket in an address to the Nation’s Parliament where he stated that violent music plays a role in influencing the behavior of some people who carry out vicious acts on their countrymen and women. All of this comes against the background of the Prime Minister’s tacit adoption of the moniker ‘Bro Gad’, a term made popular by 6IX deejay Daddy1 in his Trap Dancehall song Bro Gad. In my opinion, any embrace of such a moniker, given its reference and origin, suggests a tacit embrace of not only the artiste but the associated lifestyle. In the circumstances, the Prime Minister could be deemed a hypocrite when his utterances are placed alongside the subsidiary Bro-Gad image that he has tacitly embraced.

Beyond that, Prime Minister Holness’ expression of embarrassment is in my opinion completely misplaced. Jamaica has been swimming in an ocean of crime, punctuated by a ridiculously spiraling murder rate for more than four decades. During this period, Jamaica has on several occasions statistically led as the most murderous country in the world on a per capita basis and as of May 2022 ranks as the second most murderous country with more than 48 murders per 100,000 of population. While this is a problem that Holness (like some of his predecessors) has inherited, it must be remembered that he had campaigned in 2015/2016 on addressing this monster, which has only seen additional growth since his party’s election in 2016. In the circumstances, Holness’ references to dancehall music and its associated culture as being partially responsible for the nation’s crime and school indiscipline problems must be seen for what it really is- a government looking for an excuse on which to pin its crime fighting failures.

What is needed in Jamaica is a change of approach. It is my view that unless we change the circumstances affecting the lives of our people, unless we create positive environments, we will never realize positive social outcomes.

It is a fact of our history that our recording artistes and musicians have always created lyrics from the experiences within their communities. As far back as the early 1060s the  ‘Rude Bwoy ” phenomenon provided material from which artistes inked and recorded songs. The Wailers’ Simmer Down, Desmond Dekker’s Rude Boy Train, Alton Ellis’ Dance Crasher, and The Slickers’ Johnny You Too Bad (to name a few). These and other songs were all influenced by the social and economic conditions of the 1960s and provided the canvases on which these songs were raised. The current gun, drugs and pro-scammer lyrics are doing no less than what developed sixty years earlier.  Had the powers that existed then, taken a different approach, perhaps our subsequent experiences would have been different.

I am submitting that our current experiences are no different as the environmental experiences (as distasteful as the music sounds) are providing the subject matter for the musical creations. Change the experiences of the youth Prime Minister Andrew Holness and you will change the influences that they write and sing about. Change their life experiences and you change not only the lyrics but you might also bring about a change to the country’s crime problem.