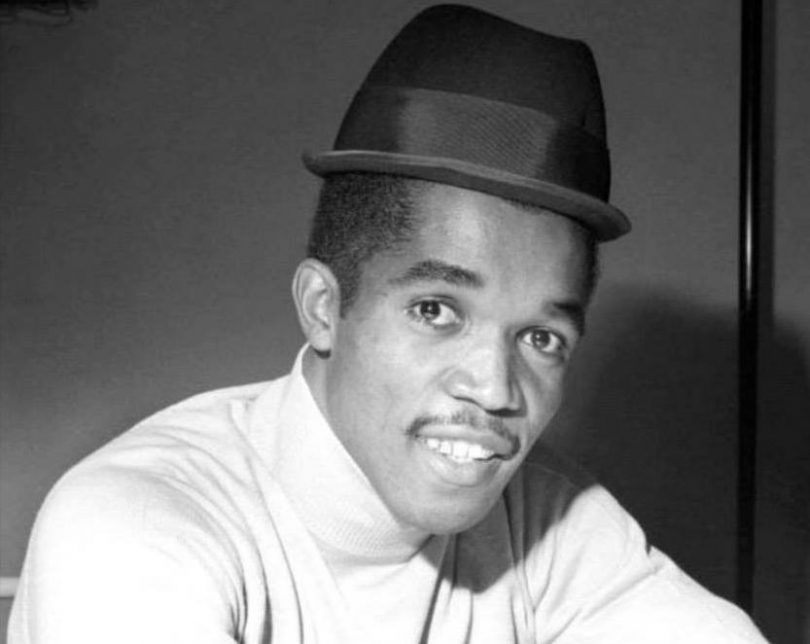 In the mid to late 1950s, we already know that Duke Reid along with his sound system “Trojan Sounds” and Clement Dodd with “Sir Coxsone’s Downbeat “ were two of the most significant individuals in the local music scene. We should know as well that both played a pivotal role in shaping the direction that the music would later take. Yet how much do we really know that in addition to these two that there was another; the one and only “Prince Buster” who literally drew himself up by the bootstraps and challenged these pioneers to the point where he single-handedly re-charted the course of Jamaican music, helping to lay the foundation responsible for birthing the Ska beat, as well as that for Ska’s successor the “Rock Steady.”

Prince Buster was born Cecil Bustamante Campbell on May 24, 1938, at Orange Street in Kingston, Jamaica, and as a youth he attended the Central Branch and the St. Anne’s Schools. Like most Jamaicans who became involved in music, Prince Buster grew up in the church which founded his musical experiences. While at school he performed three or four times a week at the Glass Bucket Club (which had an established reputation as the premier music venue and social club for Jamaican teenagers at that time) as part of Frankie Lymon’s Sing and Dance Troupe’s Rock ‘n’ Roll themed shows which were popular during the 1950s. As a youngster, Buster was a follower of Tommy Wong’s “Tom the Great Sebastain” sound system which fueled his love for American R&B tunes then.

Campbell was a little bit of a ruffian as a youth and it was not surprising that he wanted to be a boxer as he took a liking to then ‘Kid Chocolate’ and went into the boxing ring. It soon dawned on him that there was no money in the sport and would in time become apprenticed to Clement “Sir Coxsone” Dodd’s Downbeat Sounds as Coxsone’s bodyguard and security man as well as providing the dual role of “spotter of tunes” for Coxsone. This job proved quite hazardous and Buster was often on the receiving end of several head bashings and beatings from thugs associated with rival sound systems. To Buster’s displeasure Coxsone provided very little pay for such a hazardous task, and as the 1950s rolled to a close a disillusioned and disgusted Prince Buster departed Coxsone to form his own Sound which he christened “The Voice of the People.”

To run a sound system though required access to a steady supply of top-class records and Buster hoped to accomplish this through accessing the USA as a member of the “Farm Work” programme. To his disappointment, he was not selected owing (according to Prince Buster himself) the intervention of Coxsone’s stepfather Edgar Darlingtion a prominent JLP-aligned trade unionist. Instead, he decided to find music through his own devices. Buster knew that Coxsone and Duke Reid generally recorded local musicians who produced a “Blues Beat” a sound abridging the Jazz and R&B rhythms from North America but kept the recordings as “specials” for their respective sounds. At the same time, both operators focused on R&B, Blues, and Jazz releases from the USA in an effort to match strides with “Tom the Great Sebastain” who specialized in such tunes. 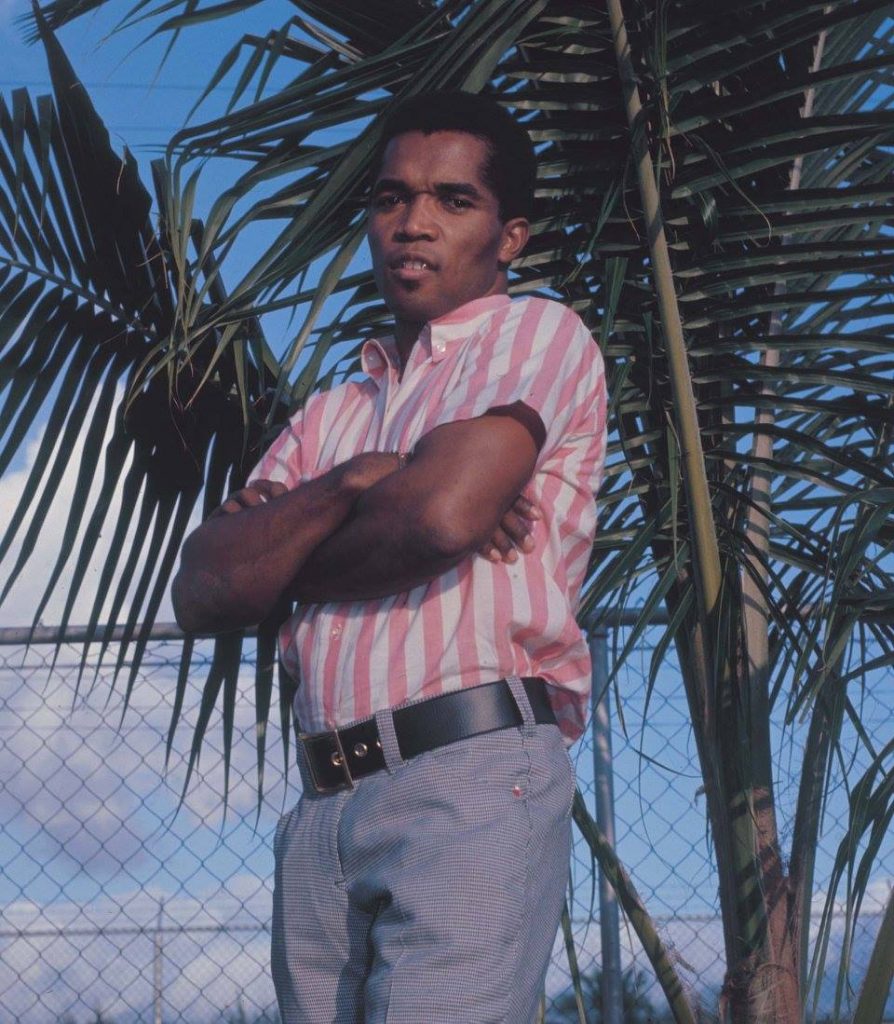 Buster’s response was to create a different type of sound; one with which the masses could easily identify. He approached Arkland “Drumbago” Parks, a professional drummer at the Baby Grand Club who had arranged and recorded a special (exclusive recording) for the Count Boysie sound system. He also recruited guitarist ”Jah Jerry” and the three began rehearsing at the Baby Grand Club. The result was Prince Buster’s first single “Little Honey/Luke Lane Shuffle” which was recorded at the new JBC studios and released in 1961 featuring Jah Jerry, Drumbago, and Rico Rodriquez recording under the name of Buster’s Group.

Buoyed by the success of his first single, Buster began producing records at a frenetic pace, all the time searching for a sound that would be even more unique. He brought his musicians together with the great Count Ossie and his Nyabinghi drummers, an epic move on several counts. Firstly, the Rastafarian movement was abhorred by sections of the Jamaican society and allowed little opportunity for expression. Secondly, the move meant the recognition of a greater infusion of African culture into the music; a no-no at the time. Certainly, no radio station would play that kind of music.

In 1958 John Folkes wrote the lyrics to a song titled “O Carolina” about his girlfriend Noelena. John had a chance meeting with Prince Buster at Duke Reid’s Treasure Isle studios and declared his decision to record their tune which would eventually be sung by the Folkes Brothers Trio of John, Mico, and Junior Folkes and recorded at RJR studios. What made the song unique was the way in which the drums played off the other instruments and the singers’ voices, trailing just a bit and almost play “call and answer.” It succeeded in combining the energy of the accustomed rhythm and blues with the hypnotic repetition of the traditional Rastafarian drumming. Buster previewed O’ Carolina at his Charles Street record shop on his “Voice of the People” sound and in time both radio stations had no choice but to play this epic music. The record would cement Rasta’s role in local music, having been provided with a gateway and would forever entrench itself. “O Carolina” dramatically changed the way Jamaican musicians approached the music as the recording demonstrated that as musicians, they had to freedom to experiment and to infuse their own identity into their creations.

Prince Buster licensed “O Carolina” to Blue Beat Records in the UK that same year. This was without question the birth of a new beat in Jamaican music and out of which would be birthed the Ska. Prince Buster continued recording prolifically throughout the 1960s. Some notable early ska releases include: “Madness” (1963), “Wash Wash”(1963), “One Step Beyond” (1964), and “Al Capone” also in 1964. In February 1967 Buster had a Top Twenty hit in the UK with the single “Al Capone” which claimed the #18 spot on the British charts. He toured the UK in spring 1967 appearing at the Marquee club in May and later toured the United States of America to promote the RCA Victor LP release The Ten Commandments (From Man to Woman).

By the late 1960s, Campbell was once again at the forefront of a musical change in Jamaica; the new music would be called Rock-Steady. Campbell tracks like “Shaking Up Orange Street” [(1967) were arranged with the slower, more soulful Rock-Steady template as used by Alton Ellis (“Rock Steady”) and many others. Prince Buster would release the album Judge Dread Rock Steady in 1967, and the title track “Judge Dread” with its satirical theme and vocal style proved to be popular to the point of parody.

In 2001 Cecil Bustamante Campbell (Prince Buster) was awarded the Order of Distinction by the Jamaican Government for his contribution to music. He succumbed to illness on September 8, 2016, but not before leaving us with monuments to his phenomenal contribution to Jamaican music.

Richard Hugh Blackford is the host of a 2-hour music-driven internet show Sunday Scoops on yaawdmedia.com each Sunday from 2:00 pm – 4:00 pm. The show focuses on Foundation Jamaican Music and takes its audience on a nostalgic but historical musical journey, peeling back the years of Jamaican musical development as the hosts explore the careers of Jamaican artistes. Sunday Scoops provides interviews with personalities and discussions on Jam