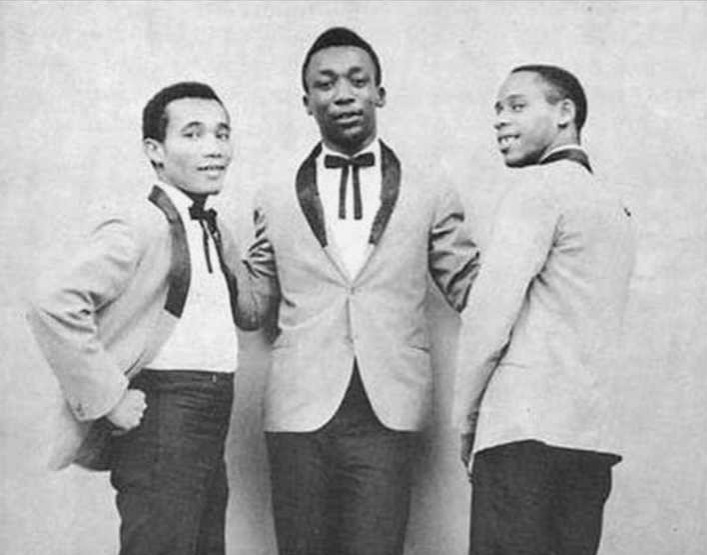 If Rock Steady the Best Era of Jamaica Music, why is that so? Historians and music writers tend write about changes in music according to date and categories. This demarcation is for purposes of specificity. Jamaican music, like all other music forms, throughout evolution, does not necessarily conform to the critics’ timelines and categories.  The Rock Steady era produced prolific output of music.

While reggae is the longest and most commercially successful era of Jamaica music, rock steady is, albeit the shortest, is the best and most influential in Jamaica music history.  Anthony describes it this way “Although Reggae is slower than rock steady… rock steady beat still rules all three genres. Clive Murphy argues harmony was the order of the day when trio and groups became dominant in rock steady. Rock steady groups were harmony groups. Harmony defined the music of the ’60s and harmony groups dominated the hit-making music of the ’60s.

While debate continues which song is the first Rock Steady hit, was it Alton Ellis’s ‘’Rock Steady’, Carl Dawkins ‘Baby I Love You’, or ‘Satisfaction’ ,Hopeton Lewis ‘Take It Easy’, or ‘Sounds and Pressure’, Delroy Wilsons ‘Dancing Mood’, Ken Boothe’ ‘Train Is Coming’ or The Rulers ‘Don’t Be a Rude Boy’ ,were all in the top ten in 1966. What is not in doubt is the quality impact and influence of the Rock Steady era.

Rock Steady laid the music, vocal, and lyrics as well as thematic songwriting foundation for the development of reggae. Jamaica (RJR) and NY (WLIB) radioman Karl Anthony noted, thematically, “Rock steady said it all.” The social consciousness themes dominant that thematically dominate reggae that emerged from rock steady were never central to ska. These theme is heard in like Bob Andy’s hits ‘Unchained’, ‘My Time’ ‘I Have got to go back Home’, Carl Dawkins ‘Get Together’, the Melodians ‘Rivers of Babylon’, and the Heptones ‘Equal Rights.’ Love songs like Stranger and Patsy, ‘When I call your name’, reflected ska’s more festive mood carried over into rock steady hits the Melodians ‘Swing and Dine’. Reggae created the subgenre Lovers Rock.

The male and female vocalists like Slim Smith, Ken Booth, John Holt, Delroy Wilson, Bob Andy, Alton Ellis, Pat Kelly, Marcia Griffith, Phyllis Dillion, Rita Marley, and Judy Mowatt, who came of age in rock steady were the best, successful and enduring of the generation. Many made the transition to reggae where they equally dominant and became pioneers in reggae. In an interview with Harris ‘Bibi’ Seaton, the leader singer of The Gaylads he explains the reason for their success “every singer wanted to be the best.” The late Sugar Minott explained it this way to me “we all knew what it took to be a great singer- the standard- and we worked to attain that.” Beckford said “a singer had to know how to sing before he could be recorded.’ For reggae icon Beres Hammond rock steady created the best melodies and harmonies.

Former NPR veteran Sydney White PhD posits the reason rock steady developed into the great genre it became was because of friendly competitive creative development, Seaton agrees, he told me during their all island touring performances around Jamaica “if Alton did his best on a live show, then you would have to do your better best”, mentorship, and great musicianship converged. He concurs with Beckford artists were not allowed to record until they were groomed. He cites the influence the Temptations on Rock steady’s pioneering hit-making group the Techniques.

Rock steady produced the most and best vocal groups and trio, both male and female. Although vocal harmony groups were an important part of ska, they began to truly dominate in rock steady. Groups singers sang both lead and background harmony vocals. They also more than one lead singer in the group. All the great rock steady singers began their careers in a group. The father of Rock Steady Alton Ellis began as Alton and Eddie then Alton and the Flames, his solo rock steady and reggae success. Hopeton began with The Regals; Bob Andy left the Paragons for successful solo career. After a rock steady hit making stint John Holt left the Paragons to craft successful solo career in reggae. Roy Shirley, Slim Smith, Jimmy Riley, and Lloyd Charmers as the Uniques had many rock steady hit songs, Shirley and Slim Smith, who died at age 26, vocalists are rock steady icons, while Charmers became a successful producer and Riley a hit maker in reggae. Pat Kelly had many hit song with the Techniques before moving on to a successful solo career. Rita Marley began with the Soulettes and Judy Mowatt was with the Gaylettes. Both still have successful careers in reggae.

A feature within the groups was showcasing different lead singers on hit songs.

The Melodians Brent Dowe sang lead on ‘Everybody Bawling’, Sweets Sensation’ and ‘Rivers of Babylon’  while Tony Brevette did the same on ‘Little Nut Tree, and ‘You Don’t Need Me’. All three sang in unison lead on ‘Come on Little Girl’. According to veteran songwriter/producer Keeling Beckford; rock steady produced some of the best chord progression, songwriting, and musicianship.

Musically, rock steady was slower and a less cluttered style than ska. Rock steady changed the melodic pattern of Jamaica popular music. Its rhythm emphasis was on the third beat. This gave both singers and musicians the creative space and breath to develop. Musicians became more innovative. Singers expanded their vocal range; vary their tempo, harmonies and melodic construction.

Rock steady which lasted only a couple of years, but being the bridge between Ska and reggae was able to fuse musical elements of rhythm and blues (R&B), Jazz, Ska, African and Latin American. The electric bass replaced the Ska stand-up bass, and most important, the electric bass the carrier of the melody. Operating In concert with the drum the “one-drop beat emerged. The musical arrangements and harmonies structure changed.

Some of these instrumentals became stand-alone hits.  as well as vocal hits like Tommy McCook – Kansas City, African American Joya Landis had a vocal hit on this, and as well as ones with vocals have been recorded.

According to veteran radio man Tony Carr, “Rock Steady was the best period of Jamaican music in the 1960s; it produced the best songwriters, and singers, and musicians and songs. As well as the best cover songs recorded.

The Techniques – You Don’t Care

Jackie Mittoo – Who Done It

Soul Vendors – Death in the Arena

The Tennors – Pressure and Slide