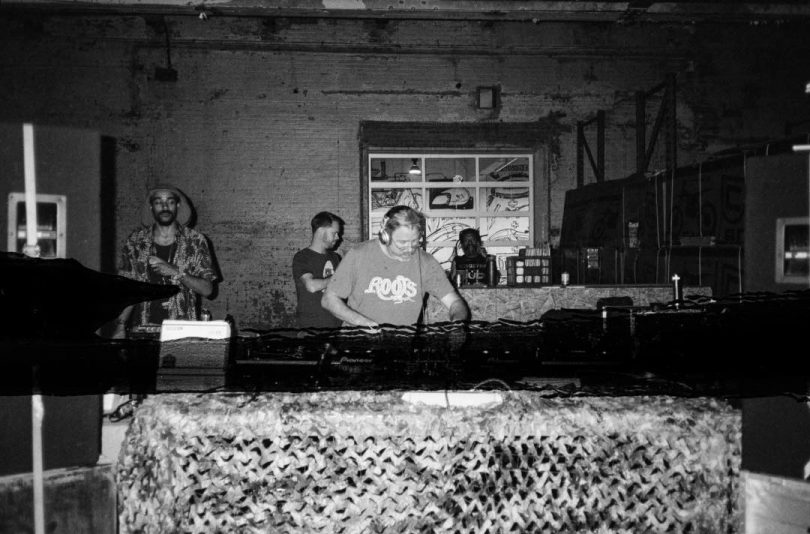 Steel Yard Sound System, a new monthly event in Cleveland, Ohio, launched in June 2017, and is designed to provide a view  into the sound system culture that originally came from Jamaica in the 1960s and 1970s. Jamaican sound systems are the forerunners of modern DJ and hip-hop culture and stem from the efforts of sound engineers like King Tubby and Lee “Scratch” Perry. These pioneers created the genre known as dub, and they manipulated pre-recorded sound in totally new ways. They often removed the vocals and left the percussion, a move that had a big influence on hip-hop. According to Tim Smith and the team behind the event, Cleveland is seeing a rebirth as a city built on arts and culture. It is a city that originates from a struggle by working class people, and sound system culture is “the music of the people” who are fighting for “truth and rights.” Steel Yard Sound System seeks to keep the focus on the Jamaican culture at the root of the movement. Smith is passionate about reggae and says that he and his partners are working to keep the focus strictly on sound system culture with its dub and reggae. Smith grew up in Akron and has been living in Cleveland for about five years. He has been working as a DJ in the city “for a long time,” he said, with reggae being a part of his life since he was a young child. He and his partners plan to stage the event “as legit as we can” by seeking support from the community and obtaining all necessary permits. Off-duty police will be on site to ensure that there is a safe space for people to enjoy themselves. Smith believes the event will succeed because everyone can identify with reggae’s positive message and “uplifting vibe.” Smith is hoping to see the reggae community in Cleveland grow.