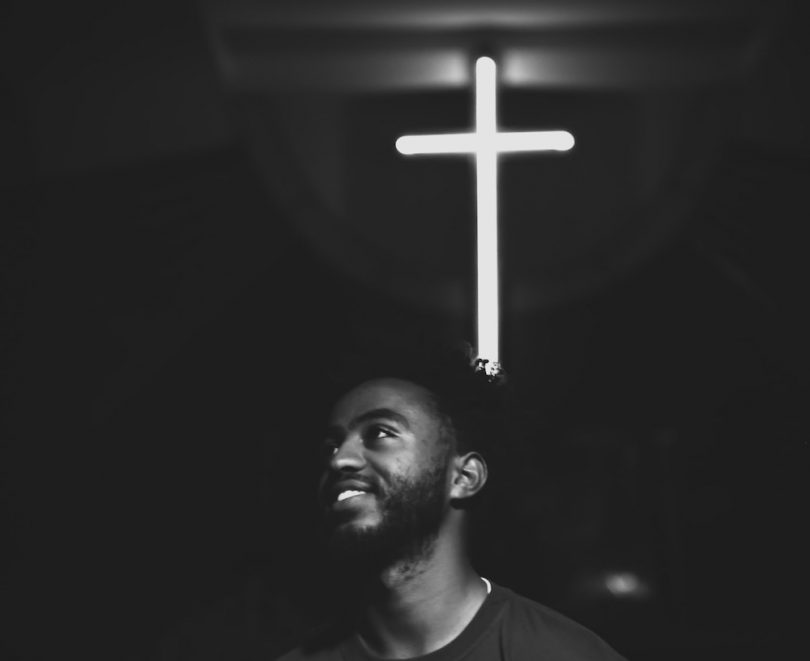 The Bible reached the African-Jamaican people in the 1790s when 2 black Baptist preachers, who had been freed by their masters, came to Jamaica. George Lisle and Moses Baker. They built up large followings, Lisle in Kingston and Baker in western Jamaica. Their congregations grew rapidly and they appealed to the newly founded Baptist Missionary Society in England for help. By the 1820’s white Baptist missionaries, troublesome dissenters in the eyes of the plantocracy had begun to arrive.

Never before had the enslaved people held a book in their hands and certainly not the Bible, for it was not regarded with favour on the Jamaican sugar-and-slave plantations. All school doors were closed to African-Jamaicans, so they could not read. Church doors were closed to them, for in the eyes of the plantocracy, God was white and there was a colour line. The African-Jamaicans, a very religious people, sought what comfort they could find in communion with Obi, Myalism, Cumina, in Haiti with Vodum, in Trinidad in a later period with Shango. Barred from the church, the school, and any form of marriage the African-Jamaicans were derided as being superstitious, stupid and immoral.

Now, with the missionaries as their teachers in Sunday School, the Bible became their holy book that contained the word of God, their comforter, and beloved companion in the Valley of the Shadow of Death. It was their certificate of identity, which confirmed their status as God the Father’s children, their guarantee of a future in the Father’s company and above all their blessed assurance that each one was a worthwhile somebody for whom Massa God gave His only Son. They were no longer the only ones who had been slaves. They shared the Jewish experience of having been an oppressed people. In the prophets, patriarchs, and psalmists they found comfort and hope. The Jewish story had for them an almost unbearable piercing relevance.

This is how it came about that Daddy Sharpe, a deacon in Parson Burchell’s church in Montego Bay and Thomas Dove, John, Dehany, Linton, and all the people walked the Great River Valley tracks together to Retrieve, Lethe, Seven Rivers, and Montpelier with Father Moses. This is how it came about that in the time of execution in Montego Bay, they passed through the Valley of the Shadow with such courage for their Shepherd was with them. This is how, up to the time of Bogle and of Bedward, the shepherd and shepherdess were trusted leaders among Jamaican working-class people.

In the dominant Christian sphere, analysis reveals almost equal percentages of Anglicans, Baptists and members of the Church of God. Other groups include Seventh Day Adventists, Methodists, the United Church of Christ and Pentecostals. There’s also a healthy smattering of Roman Catholics, mainly among the Chinese, Lebanese and East Indian communities, whose ancestors came around the turn of the 20th Century. Jamaica is a majority Christian country. There are many Christian churches in Jamaica. So much so that Jamaica holds the dubious record in the Guinness Book of Records with the most churches per capita mile. There are over 1,600 “churches” all over the island. You can find Church of God, Seventh Day Adventist, Pentecostals, and Baptist. The migration of people of East Indian & Middle Eastern descent brought Hinduism and Islam to Jamaica. Recently the Mormon cult has set up temples in Jamaica, as they have recently allowed black to hold positions in their organization.

Recent years have marked the rise of the fundamentalists, handclapping gospel-shouting sects led by voluble aggressive preachers, in whose calamitous sermons, the nervous hear God’s shoulder-knot creaking American-oriented and often American-supported, they made dramatic strides during the 70’s socialist administrations of Michael Manley. A generally conservative Christian group, fundamentalists share the U.S. paranoia on communism.

There are also members of the Revival Zion sect. Cousins of those who shuffle through Pocomania, yet clingers to beliefs in Christian dogma. Led by head Shepherd Mallica Reynolds (deceased) better known as Kapo, they regarded themselves as the national church of Jamaica but their small numbers do justify that claim. Revivalists believe in Jesus, Baptism and God. However they also believe in many African religious traditions on spirits. They believe you can be possessed by spirits of the dead that can make you sick, protect you or kill you. Male leaders are called Shepherds & women called Mother. Tambourines, dancing and the clapping of hands are prevalent at these exciting services where African trance like services are held. There are several types of revivalists but the most prevalent is the Zionist who believe in heavenly spirits.

Nowadays, except for a handful of devotees, “jumping poco” is a dwindling religious art form. On the other hand, the drive toward “identity” of a taproot, unentwined with the independence of white Christianity, has turned the search elsewhere. And out of this search for a Deity, whose best strokes would be in the interests of His different folks, has come the most potent socio-religious political happenings since Columbus waded ashore. Kumina or Cumina which has been likened to the cult that is similar to Obeah, draws from African rituals, which include drumming & exorcism. One ceremony is to ensure that the ghosts (duppies) of the dead will not return to haunt others. Obeah (Voodoo) is black magic used to cast spells and to perform exorcism.

On Sunday mornings it used to seem that God moved in a mysterious way among the white people in the front pews – secretly handing out wealth and power. The blacks at the back of the church or in the skinny worship-sheds back in the woods, clapped and shouted and sang like crazy but to no avail. Why did He not, in the words of the reggae song “Pass the dutchie pon the left-hand side?” Did He not know that the hungry children on this side hankered also after the dutchie cook-pot? Maybe they were not of His family. It stood to reason. The Jesus in the religious pictures and plasters on the wall was Caucasian. No doubt about that. Who ever saw a blue-eyed black?

It took a while for a solution to the problem to jell. The belief that all things including man, were an extension of and fused with the God-spirit – the principle of the African religion – had been lost under the intentional cultural destruction wrought by the slave system. The ethnic and family dislocation effectively destroyed historic connections.

Until the advent of the Moravian, Wesleyan and Baptist aggression, the religion of the “raw-eyes” was commonly discouraged from reaching the blacks’ quarters. Now, then. If the whites were His children on earth, it followed that God was also a “raw-eye” bakkra, a blue-eyed boss man. It also followed, as the proverb put it, that “Parson christen him own pickney before anybody else’s pickney. Swelp me Gad, it was enough to vex a bredda!”

Thoughts of a bakkra God need fully gave way. Getting the ackee-and-sal’-fish into the pot was important in a “patch-trousies” economy. In Jamaica, job anxiety has always inhibited dissent. The folk sat in the back pews and hoped. But the murmurs were mounting, especially among the young people. Hardly anybody noticed when it really towered.

What towered was bizarre, as sudden as it was shocking. A handful of “crazy men” appeared in the 1930’s making absurd claims about the Emperor of Abyssinia being the Messiah: Ras Tafari, afterwards crowned as Haile Selassie, which translated means, “ Power of the Trinity”. Few suspected then the profound effect the movement would have on Jamaican society. Rastafarians were longhaired and bearded long before the advent of hippy fashions. If their interpretations of the Bible were outrageous, they quoted with conviction and were ready to suffer for their beliefs – strangely sure and proud in the midst of ridicule.

Rastafarianism is unique because it originated in Jamaica. It began mainly in the inner cities and poor sections of Jamaica where life was hard and unemployment was high. The original theology Rastafarianism holds is that Emperor Haile Selassie who was Ras Tafari is God and that black people can find salvation by moving back to Ethiopia. The main theology has changed during the years, as there are now many groups with no clear doctrine. The one main belief that is still consistent is that Emperor Haile Selassie is God. Jah a name that can be found in Psalms 68 vs. 4 (King James Version) is what Rastafarians call God. Most Rastafarians wear their hair in locks (men and women) and the men sport beards. (For more details, please see our extensive look at Rastafarians in the Cultural Section of Jamaicans.com.)

The movement arrived closely on the heels of another whose impact was just winding down on the world’s blacks. Founded and led by a Jamaican, Marcus Mosiah Garvey, the Universal Negro Improvement Association sought to gather ancestral Africans from a Diaspora unmatched save by the scattering of the Jews.

Garvey was born in St. Ann’s Bay on August 17, 1887. He was working as a printer when he founded his little organization with the grandiose name. The label turned out to be prophetic. Garvey’s group did become universal. He soon found the Island too small for his ideas and after visits to some Central American countries, he moved to the United States of America. The UNIA soon became a monolith.

Photo by Gift Habeshaw on Unsplash