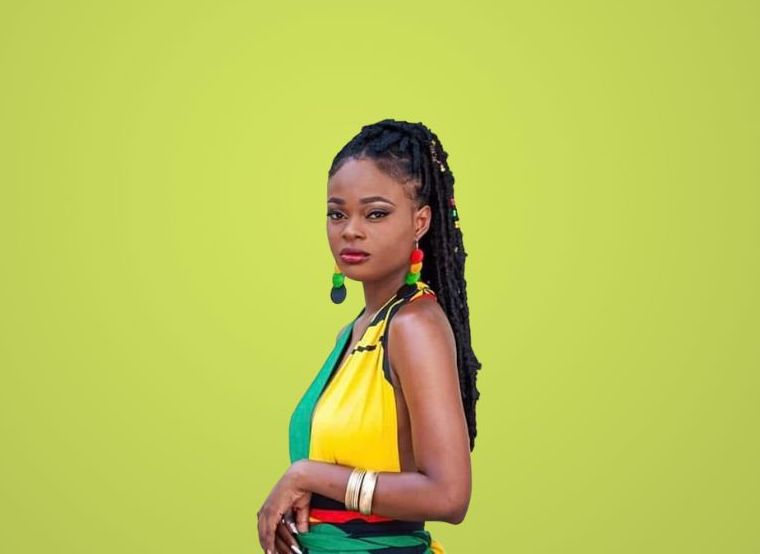 Sacaj, the only woman to compete in the 2022 Jamaica 60 Festival Song Competition, was announced the winner with her song, “Nuh Weh Nice Like Yard.” With her win, Sacaj became just the fifth woman to take home the top prize in the Festival Song Competition since its launch in 1966. Her victory also marked back-to-back wins for two of the five women: dancehall artist Stacious won in 2021 with her track “Jamaican Spirit.” When she won, Stacious made a point of saying that she planned to encourage more women to enter the contest. The other four women Festival Song winners include the first winner Heather Grant in 1992, Cheryl “Chetenge” Clarke in 1999, and Abbygaye “Abby” Dallas in 2012.

Sacaj released her first single, “Mary Jane,” in 2019. Her festival song beat the nine other entries and brought her the $3 million prize, which she plans to share with the song’s producer, Newell Morgan. Olivia Grange, Jamaica’s Minister of Culture, Gender, Entertainment and Sport, presented the singer with the winning trophy.

Singer/songwriter Danece Alia Jácas, better known as Sacaj, 29, is from St. Mary, in Jamaica. first began singing at the age of six in her church choir, and she has not stopped singing since. During her time as a student at St. Mary High School, she participated in the music club and started to develop her unique voice. Her recording career began when she attended the University of Technology in Kingston at the age of 18 majoring in entrepreneurship. While she was always singing and writing songs, she did not plan to follow music as a career, but when a producer friend reached out to her in 2019, she decided to record her first single for him. This began her journey in the music industry. She describes her music as “passionate, soulful, and enthralling,” and her tastes in music include reggae, neo-soul, pop, and R&B. She views herself as the “new face” of Jamaican music.

Second prize in the Festival Song Contest went to Magic Flute for “I’m a Proud Jamaican,” which had strong support in St. Andrew, while third went to Nitty Kuchie for “Defend Jamaica”. Kutchie also received the prize for Best Performer. The other entries included “Rock To Da Beat” by Intrestt, “Jamaica Sweet Again” by Dez I Boyd, “Diamond Jubilee” by Orkid, “Bring Back The Love” by Stamp, “Jamaica Nice Again” by Inspiyah, “Out Of Many” by Nazzleman, and “Sixty” by One1.