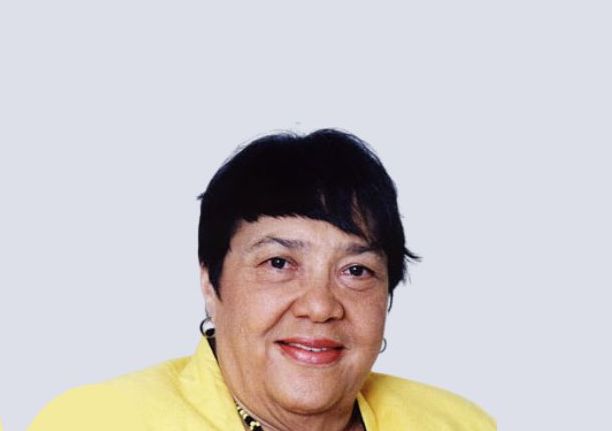 As a little girl from the parish of St. Mary in north-western Jamaica, Syringa Marshall-Burnet wanted to be a nurse so badly, that she applied to the training programme at the Kingston Public hospital at the ripe old age of 14. She was bitterly disappointed when told that she was four years too young. So she waited until she was eighteen and was successful in taking the three-year programme, with an additional six months for training in midwifery – the profession of assisting women in childbirth.

The fulfilment of this dream, was just the beginning of a lifetime dedication to her chosen career – nursing. She went to the University of Toronto in Canada, where she earned a Bachelor’s degree in hospital and public health nursing, followed by a Master’s degree in adult mental health nursing education from York University, also in Canada.

Syringa returned to Jamaica, determined to initiate a university-based nursing education programme. At that time, the University of the West Indies, at the Mona Campus in Kingston, was offering a certificate programme. Dr. Mary Seivwright, who headed the school was, like Syringa, advocating for a university-based programme. So the stalwarts joined together and in 1977 were successful, when a bachelor’s degree-granting-programme, for practising nurses was established. Syringa became head of the school in 1989 and by 2001, had established a Master’s programme.

Syringa spread her wings even further, both within and outside her profession. She established a licensing system for nurses, served five terms as the president of the Nurses Association of Jamaica, was editor of their professional journal; appointed a member of the World Health Organisation’s (WHO) Expert Committee on Nursing and served on the advisory boards of the American Journal of Nursing and the Journal of Advanced Nursing.

In 1992, Syringa Marshall-Burnet was appointed a Senator by the government and three years later made history when she was appointed Head of the Senate, the first woman to hold that position.

Accolades and awards for her contributions to the field of nursing were many for the little girl from St. Mary who was so anxious to become a nurse. These included the Order of Distinction, Commander Class (CD), by the Government of Jamaica, Justice of the Peace; The Syringa Marshall-Burnett World Health Academic Centre for Nursing and Midwifery Education at the University of the West Indies, named in her honour.

Dedicated: Someone who is devoted to a cause, an ideal or a purpose.