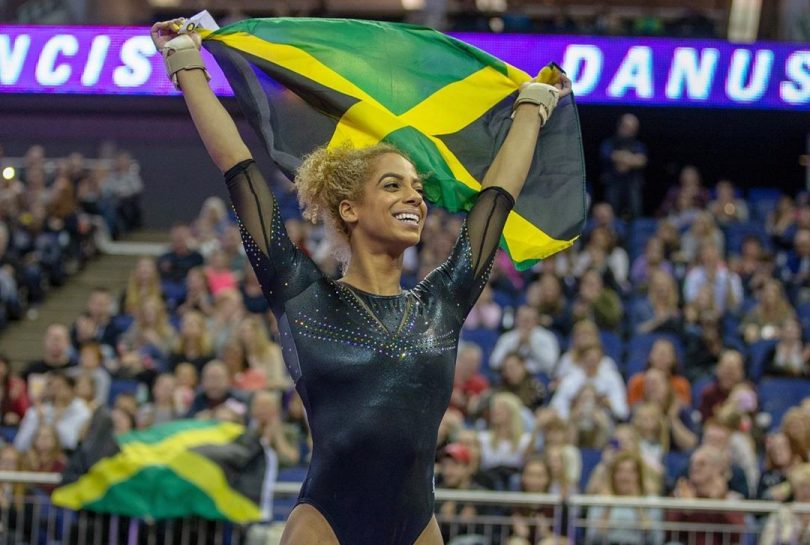 Danusia Francis, an artistic gymnast who was born in Coventry in the United Kingdom in 1994 and who currently represents Jamaica in international competitions, is a former member of the UCLA Gymnastics Team who has just qualified for an individual place in the 2020 Olympic Games to be held in Tokyo, Japan. Francis was the 2016 NCAA balance beam champion and received the title of All-American six times. She finished 47th at in the all-around at the 2019 World Gymnastics Championships in Stuttgart, Germany, attaining a score of 50.982. Her Olympic qualification came as she finished among the top 20 athletes who were not on a qualifying team. She ranked ninth in the group of competitors. Francis participated in all four events in the qualifying round and achieved a score of 13.5in the vault event, 12.35 in the uneven bars event, and 12.566 in both the balance beam and the floor exercise events.

Francis has been seeking an Olympic qualification since 2011. She has been an alternate for Great Britain and aided Jamaica toward its all-around spot in Olympic qualifying, but was not selected to compete during the qualifying event. For the 2020 Games, however, she took control by qualifying for her own all-around place. She is the third gymnast from UCLA to qualify for an Olympic team after graduation.

As a senior at UCLA, Francis received regular season All-American honors from the National Association of College Gymnastics Coaches (NACGC/W) and was also named to the 2016 Pac-12 All-Conference teams. In April of 2016, she was a co-champion of the balance beam event at the 2016 NCAA Women’s Gymnastics Championship.

See our recent interview with Danusia.