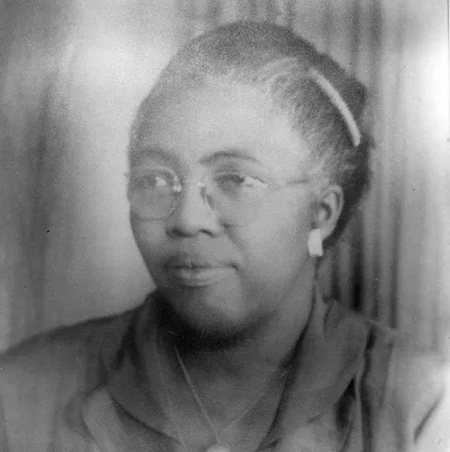 Amy Bailey was born in the cool hills of Walderston in the parish of Manchester. Both her parents were school teachers, so they encouraged all eight of their children to become teachers. Why? Because at that time in in Colonial Jamaica, long before independence, there were very few opportunities open to educated black Jamaicans except teaching, nursing, working in the post office, or, for men, becoming a policeman.

So Amy went to the Shortwood Teachers’ College, followed by courses in accounting, bookkeeping and shorthand. She taught at the Kingston Technical High School (KTHS) and the College of Arts Science and Technology (CAST), now the University of Technology.
But she wanted to do much more than teaching. So with her sister, they founded the Women’s Liberal Club (WLC) to help unemployed women improve their opportunities for employment and they held a conference to get ideas from these women. At that time women could not vote, could not work with in government jobs, could not serve as jurors, could not become police officers. Amy submitted a list of recommendations from the conference to the governor and a law was passed, preventing further job discrimination against women.

Two very important issues Amy and a friend, May Farquharson also tackled were family planning and the condition of poor children. She travelled to England and became the first Jamaican to testify to the Royal Commission on the status of children, the political unrest and the new trade union movement in the country. Royal Commissions are usually held into serious problems that must be fixed. While there she raised funds for providing food, clothing and textbooks and met with family planning supporters. Amy’s Save The Children Fund lasted for many years and she was also responsible for the establishment of the Jamaica’s family planning programme which still exists today.

Amy was determined to open up further employment opportunities for black youths who were graduating with technical skills but were still barred from working in government offices. So she met with the governor again. He formed a committee to investigate and in 1939 all graduates of the Kingston Technical High School were allowed to take the civil service examination which, if passed, would accept them into government agencies and become civil servants.

Amy still had other frontiers to conquer in her drive for the advancement of women. In 1944, she founded the Homecraft Training Centre and, using her own money, bought a property at Rosedale Avenue in Kingston and began offering home economics courses – catering, cooking, housekeeping, sewing – as well as English and arithmetic to girls and unemployed women. This Centre still operates today.

The Hon Amy Baily, teacher, social worker, women’s rights activist, received many awards and honours for her outstanding public service and dedication to the advancement of youth, women and the development of the country. These include; the Marcus Garvey Award for Excellence, the Order of Jamaica for her contribution to women’s rights – also received by her colleague May Farquharson – the Order of the British Empire (OBE) and Member of the British Empire (MBE).

Pioneer: A groundbreaker, the first to enter into a new activity