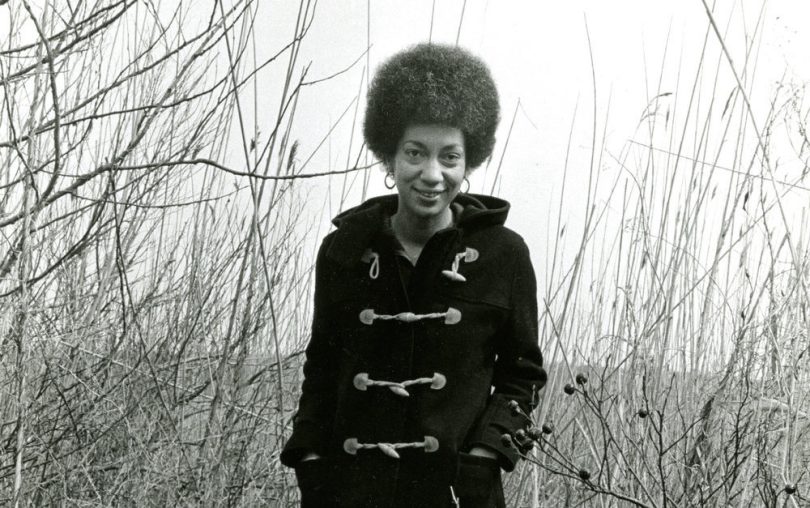 The production of John Adams’ ”I Was Looking at the Ceiling and Then I Saw the Sky” from IN Series and Theater Alliance, which was originally scheduled for March of 2022 has been replaced by a new production, “Poetry for the People: The June Jordan Experience,” a show that celebrates the life of Jamaican poet and activist June Jordan, who wrote the libretto for the Adams show. The production is slated to run from March 18 to March 27, 2022, at the Anacostia Arts Center Black Box in Washington DC. The IN Series and Theater Alliance plan to produce the Adams work in the fall of 2022.

According to Raymond O. Caldwell, the producing artistic director at the Theater Alliance, June Jordan was the reason he had been drawn to the musical in the first place. He was to be the director of the Adams musical and will now head the new production, which will present an evening dedicated to Jordan’s poetry, essays, songs, and ideas. Caldwell believes that Jordan is an artist everyone should know as she imagines a future “where love and politics intermix, and where all people can coexist with harmony, justice, and equality.”

June Jordan was born in Harlem, New York, in 1936 to Jamaicans Granville Ivanhoe and Mildred Maud Jordan. Her father worked for the United States Post Office, and her mother was employed part-time as a nurse. The family moved to Bedford-Stuyvesant in Brooklyn when Jordan was five years old. She started to write poetry when she was seven and credited her father for giving her a love of literature. She also remembered him telling her that there was a war against Black people and that he had to become a soldier. She attended Midwood High School in Brooklyn for a year before transferring to Northfield Mount Hermon School, a prestigious prep school in New England. After graduating, he enrolled at Barnard College in New York City in 1953. She left Barnard in 1957 without graduating due to her feelings of disconnection from the dominant white male curriculum she perceived there and became a poet and political activist.

A poet, essayist, teacher, feminist, and social activist strongly impacted by the Harlem Riots of 1964, Jordan explored gender, race, immigration, and representation issues, and was a strong advocate for the preservation of Black English. She taught others to consider it a separate language that was important for the expression of Black culture, and she used it in her writing and poetry. Jordan identified as bisexual and was a prominent figure in the LGBT rights movement and was inducted to the National LGBTQ Wall of Honor in the Stonewall National Monument in 2019. During her career, she taught at Yale, the State University of New York-Stony Brook, and the University of California-Berkeley. She was awarded fellowships and awards from the New York Foundation of the Arts, the Rockefeller Foundation, the National Association.

Jordon died in Berkeley, California, in 2002 at the age of 65, having been one of the most highly praised and widely published Jamaican American writers of her time, creating 27 volumes of poems, essays, libretti, and work for children.

The book “The Essential June Jordan” honors the enduring legacy of a poet fiercely dedicated to building a better world.

Photo from June Jordan School for Equity by Louise Bernikow