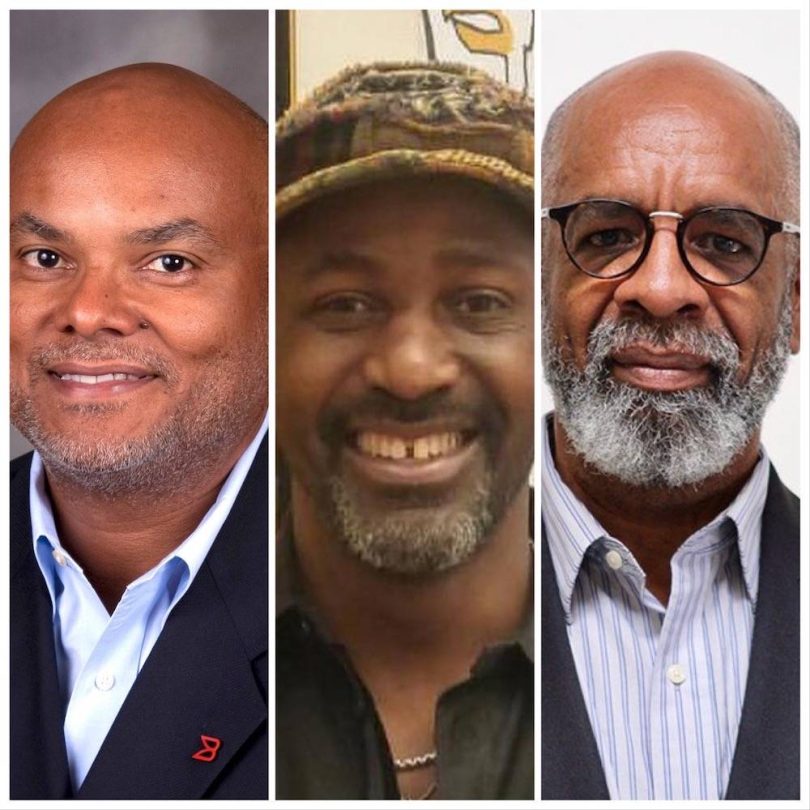 Several Jamaicans will be honored at the Caribbean American Heritage Awards (CARAH) ceremony on November 19, 2021. The awards were established in 1994 to recognize the contributions of Caribbean immigrants in the United States. Jamaican sculptor Basil Watson, recording artist Gordon Chambers, and engineer Lloyd Carney are among the honorees.

Jamaican sculptor Basil Watson will be presented with the Marcus Garvey Lifetime Achievement Award. The son of painter Barrington Watson and brother of the sculptor Raymond Watson, Basil Watson has been drawing, painting, and sculpting for more than 40 years, focusing primarily on the human figure. He received the Order of Distinction, Commander Class, from the Jamaican government in 2016 to honor his accomplishments in the fine arts. His work has been commissioned throughout the world and is currently working on a 12-foot-tall sculpture of Dr. Martin Luther King Jr. for the city of Atlanta in George. His most famous works in Jamaica include a sculpture to honor the centennial of the Doctor’s Cave Bathing Club in Montego Bay and a statue of Jamaican sprinter Merlene Ottey at National Stadium.

Songwriter, singer, and record producer Gordon Chambers will receive the Luminary Award for 2021. He has worked with over 75 recording artists, including The Isley Brothers, Brandy, Trey Songz, Chaka Khan, Patti Labelle, Usher, Marc Anthony, Jamie Foxx, Aretha Franklin, and Beyoncé. He has been presented with eight awards from the American Society of Composers, Authors and Publishers (ASCAP), holds four Dove Award nominations, and songs he wrote have been nominated for three Grammys. Chambers was born in the Bronx, New York. His father grew up in Montego Bay, and his mother is from Port Antonio and Kingston. Gordon Chambers moved to Teaneck, New Jersey, in 1977. He wrote his first song when he was seven years old and learned to play piano and trumpet at Teaneck High School. In 1986, he enrolled at Brown University and after graduating from Brown, he returned to Teaneck and wrote “If You Love Me,” a single released in 1994 that hit Number 8 on Billboard’s Hot 100 list. His work with Queen Latifah on an interview as entertainment editor for Essence magazine gave him the chance to write “Winki’s Theme,” a song included on her “Black Reign” album in 1993. His albums have been nominated by Soultracks.com for Independent Soul Album of the Year. In addition to touring throughout Europe and Japan, Chambers has performed at the Essence Music Festival, the Congressional Black Caucus, the Apollo Theater, Constitution Hall, B. B King’s, and the Kennedy Center.

Lloyd Carney, head of Carney Technology Acquisition Corp II, will be presented with the award for Outstanding Entrepreneurship. Carney was born in Kingston, Jamaica, in 1962 and currently lives near San Francisco. His father is from Havana, Cuba, and his mother comes from St. Elizabeth, Jamaica. Carney’s company focuses on technology acquisitions and raised millions of dollars for the acquisition of Nasdaq-listed Grid Dynamics, which rose in value by 300 percent in 18 months. He served as CEO of Brocade Communications, a top provider of data center and networking solutions, and was CEO and board member at Xsigo Systems, a leader in the data center visualization market. Carney has a BS in electrical engineering technology and an honorary doctorate from the Wentworth Institute of Technology. In addition to serving on the boards of VISA, Nuance, Vertext, and GRID Dynamics, he has been involved in philanthropy in Jamaica, South Africa, and Haiti. He established Carney Global Ventures, which makes early investments targeting proven individuals with creative technology ideas.

Jamaica’s Shelly-Ann Fraser-Pryce and Donald Wehby were among those honored at the 27th CARAH Awards ceremony in 2020.

The event will open on November 18, 2021, will continue with a VIP reception and live deejay entertainment and a live Facebook broadcast from the event’s Purple Carpet on November 19. The awards ceremony will begin at 8 pm and be followed by an after-party at 9:30 pm. On November 20, scheduled events include EXPOs One-on-One and a VIP Gathering replay.