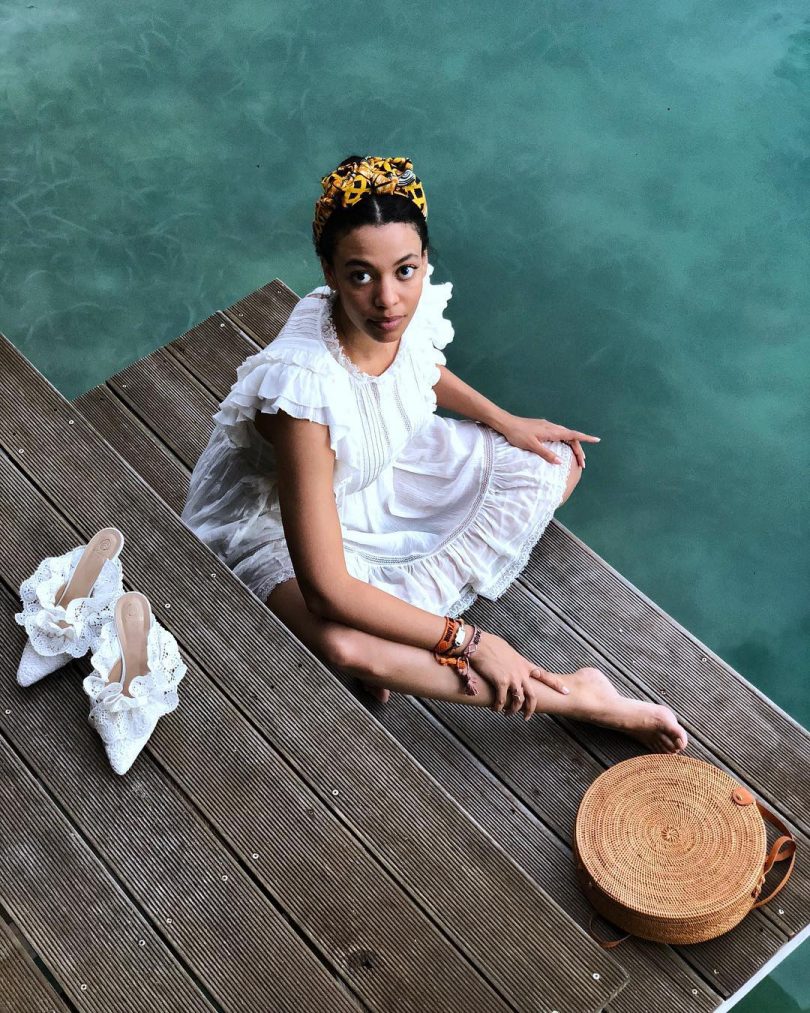 Aurora James, the founder of top-line designer footwear Brother Vellies, spent time in Jamaica as a child and still considers the island her “happy place,” she told Vogue magazine. Her family moved to the island when she was seven years old to experience its lifestyle, and James says that, while she is not Jamaican, the country is “definitely” a part of her.

Taking time between her trips to South Africa, Kenya, and Morocco where Brother Vellies products are handmade by local craftspeople, James can be found journeying back to her adopted homeland as often as she can. In 2017, James spent a week on a surprise vacation with her boyfriend, Browne, to celebrate his birthday and enjoyed some phone-turned-off beach time at GoldenEye in Oracabessa Bay.

The resort was once the estate of Ian Fleming, creator of James Bond. James had stayed at the hotel before, and on her most recent visit chose to stay a villa on a private lagoon. GoldenEye was the couple’s home base as they traveled to Ocho Rios to see local shops and their “favorite bartender,” The Candy Man at Toscanini’s. They also enjoyed pina coladas at the hotel, which feature the private-label rum of Chris Blackwell, the owner. James and Browne also partook of fresh seafood, sunbathed, and crashed a wedding.

While on vacation, James still received inspiration for her designs from the island setting. She particularly cited the color palettes of Jamaica for their vibrancy and richness, and she said that while she has not produced anything for Brother Vellies in Jamaica yet, she thinks that could happen soon.

The company was founded to introduce the world to James’ favorite traditional African footwear and to create sustainable jobs for artisans in Africa. The boots, shoes, and sandals are made in South Africa, Ethiopia, Kenya, and Morocco