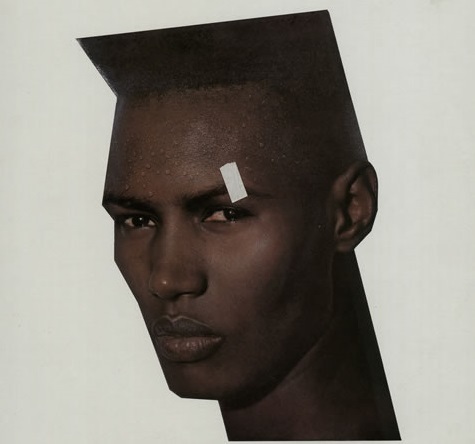 This category was far and away the most difficult to list. Because of the limited amount of female singer I included Grace Jones and sing DJ Patra. Female singers in reggae have for decades had hits songs.   Many female singers for variety of reasons, including rampant sexism, deliberate neglect motherhood, have been forced many to out of the music business. Over the last 4 decades female singers have not been able to become consistent hit makers like their male counterparts.

–Marcia Griffiths’ is Jamaican music most successful female singer and most consistent hit maker. Five decade of being an international star the world stage, she remains the most enduring presence in Jamaican music. Her solo career, began in the 1960’s, morphed into success in the United Kingdom’s BBC charts with singer/song writer Bob Andy on the duo’s  remake of Nina Simone “Young Gifted and Black’ in 1971 and their follow up “Pied Piper.”  In the 1980’s her single “Electric Boogie” spawned a worldwide dance craze “The Electric Slide” that endures to today.  In the 1970’s Marcia became a member of “I ’Threes”, Bob Marley @ The Wailers back of harmony trio featuring Rita Marley and Judy Mowatt. Except for Phyllis Dillon no female artist has come close to Griffith as hit maker.

– Phyllis Dillon, Griffith’s peer is one of the Queens of the Rock Steady. Dillon dominated local charts in Jamaica and in the UK with hits  like “Don’t Stay Away”,” One Life to Live”, “Love That a Woman Can Give a Man”, “Perfidia” and “Don’t Touch My Tomato.” Dillon died of cancer in 1994.

– Judy Mowatt, the former dancer with the ‘Estrelita dancers, choreographer for the I’threes, began her career as the lead singer of the girl group, the “Gaylettes.” the “Gaylettes hits included “Silent River Deep” and “I Like Your World.” Mowatt’s solo career and name to Julianne saw hits like “I’m Alone”, “I Love You”, “Too Good For Me.” Like Marcia Griffith Judy joined with Rita Marley a part of for Bob Marley and The Wailers harmony trio the “I ’Threes.” She continued her successful solo history making career in music.  Judy Mowatt is the first female to write, sing and produced her own album, the seminal anthemic “Black Woman.”  With her “Love is Overdue” album Judy was the first Jamaican female Grammy nominate in the early 1980’s.  Her “Working Wonders” 1985 album nomination saw her competing American R&B legend Anita Baker for the NAACP IMAGE award.

– Millie Small 1964 hit “My Boy Lollipop” initially sold 600,000 copies in the UK has sold over seven million copies worldwide and made the Australian charts. She is the first internationally success Jamaican female singer. Small had a another hit “I love Sweet William”

-Diana King, single “Shy Guy,” a hit on two continents the 90’s, (#13 on the Billboard Hot 100 chart in the US, #1 on the European Hot 100 chart and # 2 on the UK chart) sold three million worldwide. Her first album, ‘Tougher than Love” sold six million units. Shy Guy was also featured on the soundtrack of the block buster movie ‘Bad Boys’, starring Will Smith and Martin Lawrence. In 1997 Diana’s ‘Think like a Girl’ album peeked on Billboard’s Top Reggae Album chart at # 1 and her cover of “Say a Little Prayer for You”, featured on the soundtrack of the movie “My Best Friend’s wedding’, peeked on Billboard’s Hot 100 Top 40.

– J.C.  Lodge’s cover of country singer’s Charley Pride’s ‘Someone Loves You, Honey’ in 1980 topped the Jamaican charts worldwide, and earned her gold and platinum status in the Netherlands.  Her 1988 hit “Telephone Love,” was the first dance hall track to break dancehall reggae in the R&B and hip-hop markets in the United States, topping the urban charts in New York and other cities.

– Janet Kay, ‘Queen of Lover’s Rock’, her 1979, hit ‘Silly Games’, hit topped the UK and European charts.  Kay made history in the Music Guinness Book of Records as the first British born black female to have a reggae song at the top of the British charts.  Janet’s albums have sold in excess of a million copies in Japan. Kay’s, ‘Love You Always’ sold over 400 thousand copies in Japan. She is listed as one of Britain’s Top 100 Black Britain’s by the Evening Standard news paper

– Sandra Cross’ single ‘I Adore You’ went to the #1 spot in the UK reggae charts when she 14 years old. Cross is a talented singer/songwriter with a record of five #1 singles and 10 top 10 selling albums. Her Top ten hits include ‘Put It On’, “Country Living” “It’s You,” “You’re Lying, ‘I Just Don’t Care’ and ‘I Can’t Let You Go’. Cross has won eight UK Reggae Music and Entertainment Awards and the title of the BBC listener’s “Britain’s Best Female Reggae Singer” for six consecutive years between 1986 -1991.

– Grace Jones’ “My Jamaican Guy”, put her in the Jamaican female singers’ category. Jones’ had three albums with the Compass Point All Stars (Sly and Robbie) were “Warm Leatherette” (1980), “Nightclubbing” (1981) and “Slave to the Rhythm” (1985) – Jones consistently in the 1980’s made inroads in international charts. Her Top 40 entries on the UK Singles Chart, were “Pull Up to the Bumper”, “I’ve Seen That Face Before”, “Private Life”, “Slave to the Rhythm” and “I’m Not Perfect.” “Slave to the Rhythm” was ranked on VH1’s 100 Greatest Women of Rock and Roll. “Warm Leatherette” charted in the UK and the USA. “Nightclubbing” was Jones’ highest-ranking album the US Billboard mainstream albums and R&B charts; it also made the top 5 in four countries. It was also the #1 on NME’s Album of the Year and made Slant Magazine list (# 40) of Best Albums of the 1980s. Nightclubbing is now widely considered by critics as Jones’ best studio album. Jones’   Compass Point All Stars production resulted in her’ One Man Show, a performance art/pop theatre video by Jean-Paul Goude.

Which Female Jamaican/Reggae Singers do you think is missing from this list? We want to hear from you! Tell us by leaving a comment below.