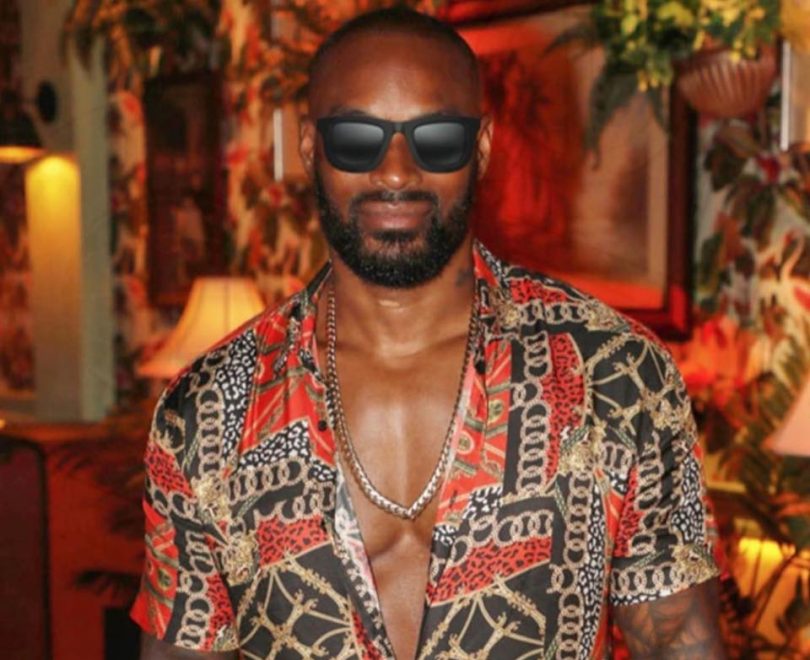 On December 19, 1970, model, actor, singer and producer, Tyson Beckford, was born in Bronx, NY. His mother, Hillary Dixon Hall is American of Chinese-Jamaican heritage, and his father, Lloyd Beckford, is an Afro-Jamaican of Panamanian descent. The multi-talented Beckford is most well-known as a Ralph Lauren model and being named the greatest male model of all time by “Vogue Magazine.”

Soon after Beckford was born, his mother relocated the family to Jamaica. They lived there for seven years before moving back to the Bronx, NY. His classmates often teased him about his looks when he was in school.

Talent scout, Jeff Jones, has been credited with discovering Beckford in 1992 and recruiting him for the hip hop magazine, “The Source.” It wasn’t long before his exotic good looks attracted the attention of industry giants.

Beckford was recruited in 1993 by luxury fashion designer, Ralph Lauren, to model for his company’s line of Polo sportswear for men. He was the face of Polo for almost two decades and had a starring role in the Polo Sport fragrance campaign.

The VH1 cable TV entertainment channel recognized Beckford as “Man of the Year” in 1995 and he ranked No. 38 on the network’s “40 Hottest Hotties of the ‘90s.” The same year, “People Magazine” named him one of the “50 Most Beautiful People in the World.”

He appeared in 2003 on the celebrity reality game show, “I’m a Celebrity…Get Me Out of Here!” that aired on the ABC network. Beckford was tapped to record a voice message for the Giverespect.org website and he supported the RESPECT! Campaign against domestic violence that highlighted the importance of respect for others.

The model also acted as judge and mentor in the Australian version of the show with Miss Universe, Jennifer Hawkins. He participated in the dating game show “The Choice” and is one of the hosts on the Anglo-Irish version of “Next Top Model.”

The supermodel had a close call with death on June 7, 2005. Beckford lost control of his vehicle while driving in Secaucus, NJ around 5 a.m. He struck a utility pole and the vehicle caught fire, but Beckford was able to extricate himself from the vehicle before it was fully engulfed in flames.

He sustained cuts and head trauma in the accident, and was taken to Jersey City Medical Center. He later talked about the incident on an episode of “The Oprah Winfrey Show” and how it changed his philosophy on life.

The Jamaican-heritage actor has appeared in 16 films between 2000 and 2016. He played himself in the 2001 film “Zoolander” and had roles in films that included “Hotel California,” Addicted,” “Chocolate City” and “Supermodel.” Beckford also had roles in multiple TV shows, along with those in which he played himself.

His good looks, vocal abilities and acting skill have made him a favorite in music videos. He’s appeared in music videos with Mariah Carey, Brittney Spears, Toni Braxton and Notorious B.I.G., along with 50 Cent and Ludacris.

Beckford has one son from a relationship with celebrity stylist, April Roomet, who appears on the TV program “Candy Girls” for the E! Television network.