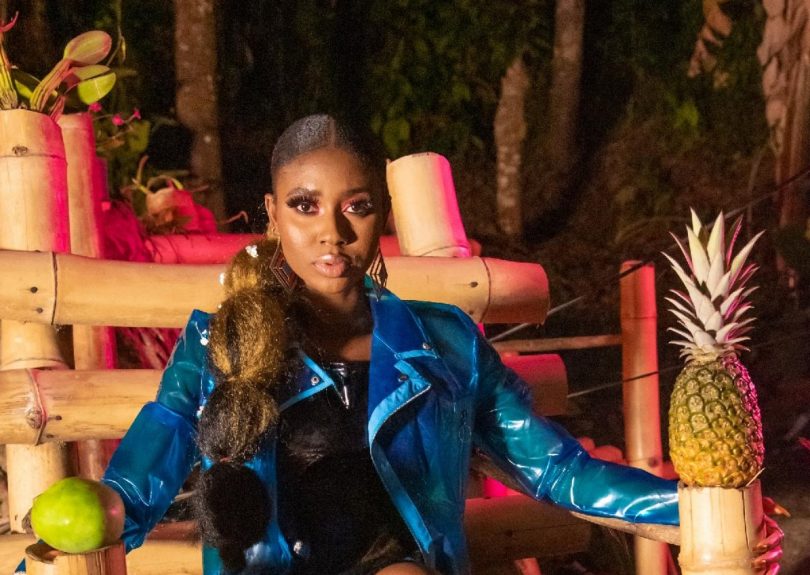 Rising Dancehall sensation Bella Blair debuts her music video “Gimme A Light”. The single is a feature from the upcoming compilation project Strictly The Best Vol. 61.

The music video for “Gimme A Light” was directed by Gareth M. Daley. It features Bella Blair amidst a backdrop of Red, Green and Gold, as well as fields where marijuana is grown and social gatherings.

Bella Blair hails from Kingston, Jamaica and has been performing for the past 3 years. Her popularity increased with the release of her song “Changed Up” and “Hot Gyal Sumting” which came from her EP entitled Aura.  About her music, Blair told the Jamaica Observer “my sound is eclectic and has a fusion vibe to it. When people hear it they will know it is a Bella Blair song.” Her latest single “Gimme A Light” came to the attention of many as the lead track of the recently released Dancehall 2020 Mixtape by WEDR-FM Miami DJ King Waggy T.

Bella Blair’s passion for music started as a child when she was active in the arts. She won a Jamaica Cultural Development Commission (JCDC) medal at age four in a dub poetry competition. As a student of Holy Childhood High School, she was also heavily involved in the choir. Despite her many talents, Bella Blair was urged by her parents to get a college education first before pursuing music. She holds a Bachelor of the Arts degree in Media and Communication from the University of the West Indies, where she was also part of the University Chorale.  She has become a huge sensation with over three million viewers tuning into her entertaining spirit.  She has created an expansive and diverse image of Jamaica in part through her music.

“Gimme A Light” was produced by Grammy-winning Producer Comar Campbell from Frankie Music and is distributed exclusively through VPAL Music.  The song appears on Strictly the Best Vol. 61 which will be commercially released via VP Records on November 20th, 2020.