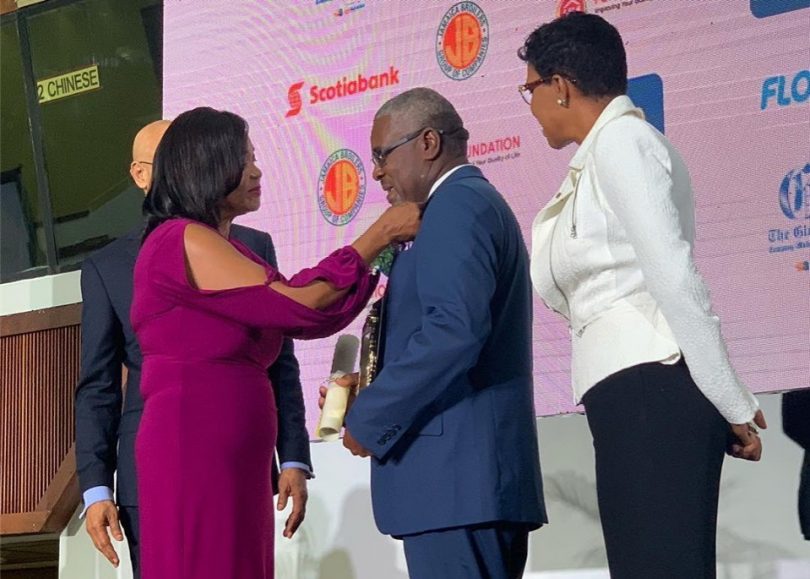 Dr. Wayne Golding Sr. of Orlando, Florida, was honored with the Governor General’s Achievement Award for Excellence at the 8th Biennial Jamaica Diaspora Conference on June 17, 2019, at the Jamaica Conference Center in downtown Kingston, Jamaica. The theme for the 2019 event was “Jamaica and the Diaspora: Building Pathways for Sustainable Development.”

Golding was recognized for leading efforts to develop a number of community projects designed to help Jamaicans who are new arrivals to New York City adjust to life in that environment. Dr. Golding himself lived in the city for some time following his migration to the United States in 1981. Golding, who is an attorney-at-law now living in Florida, has provided the Jamaican Consulate in Miami, Florida, The Jamaican Embassy in Washington DC, and Jamaica’s Ministry of Foreign Affairs and Foreign Trade with extensive pro-bono legal services since 2002.

Dr. Golding was born in Kingston in 1964 and spent part of his childhood in St. Mary. He said that he was blessed with having both a country life and a town life in Jamaica. His mother Mariette Brown Gayle was born in St. Mary, and his father Louis Golding was born in Clarendon. Golding is married to Jamaican native Lois Johnson. The couple has two children: Tessanee and Wayne Jr. Golding is frequently joined in his Diaspora activities by his parents and in-laws. The attorney attributes his successes in life to his strong Jamaican raising and to the access to top-quality education he was able to enjoy in Jamaica. He believes these factors fostered in him his attention to detail and the perseverance he displays daily in his law practice and his daily life.

Three other Jamaicans were honored at the same time as Dr. Golding. They included Erma Lewis and Cherie Johnson, both of the United Kingdom, and Paul Barnett of Canada.

In praising the award recipients, Governor General His Excellency the Most Honorable Sir Patrick Linton Allen called them “exemplars of the simple ways that we can execute our duty of care to others,” He went on to say that the 2019 award winners represent the achievements of their hard work performed on a voluntary basis through the Jamaican Embassy and High Commission. He added that he was humbled and gratified for the strong support that allowed the awards event to occur.