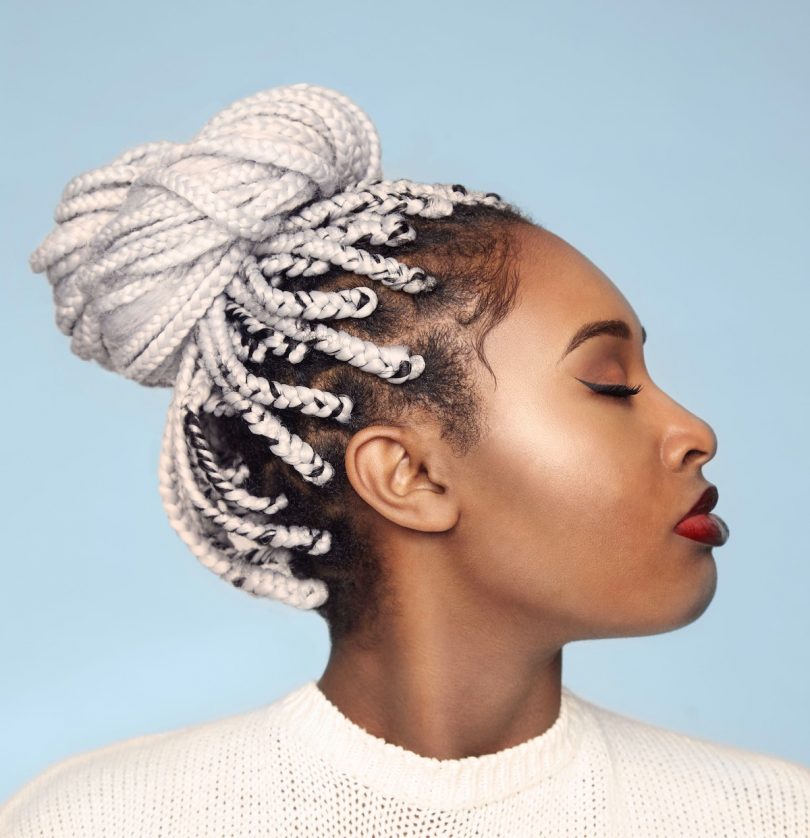 I heard some male friends use terms like self-hatred, lacking in self-esteem, disgusting, and afflicted wid body dysmorphic disorder, to describe women who wear weaves & fake eyelashes and bleach their skin. I asked, “How mi never hear unu ascribe these terms to Serena Williams, Michelle Obama, Oprah Winfrey or Beyonce?” Silence. Puss gaan wid ebrybady tongue. These women all wear fake lashes and weaves and though I have not seen her actually ‘rubbing up’ I think Beyonce bleaches. Seems like wi ongle have strength fi poor people.

Now before you run off and misquote, saying Joan a encourage people fi bleach… read again. You see, it is part of the power play. Uptown Jamaica ‘tone’ and downtown ‘bleach’. We never seem to ascribe the ‘self-hatred’ labels to the middle class including many pageant contestants who can afford the hundreds of thousands of dollars to nip, tuck, flatten belly, big up bottom, perk up breasts, lift chin and dem tings. Is it any different from someone choosing to bleach? Aren’t there health risks any way you take it? Surgery is always a risk. “But after a while dem head side and head front ago peel out wid alopecia”, you say. In response I ask , so the man dem whoofa head front peel out as them age (receding hairline) .. dem use to wear weave to? Let people live, as long as they not hurting anyone. .

I understand cultural appropriation. However, I find it amusing that perhaps 50% (my unscientific estimation) of the people nyamming up demselves recently over Adele’s Bantu knots are wearing long, straight or curly wigs and weaves, batfink eyelashes and are nipping, tucking and botoxing. This is like people with long woven salon braids, cussing a weave wearer for wearing fake hair. Hello!!! false hair is false hair and if you feel like wearing it … is your ‘bought’ hair. We just seem to think we are better livers of everybody else’s lives.

People should be comfortable in their skin, but we should not assume that a temporary physical change has anything to do with one’s character. So if a wicked man puts on locs at the salon (so well done you do not know it is fake) does he suddenly become ‘hortical?’ and if a girl of questionable character ditches her lashes and weaves a puts in salon locs, does she becomes an overnight empress and queen. Puleeze. When we do that it indicates that we are more caught up with form than substance. I am not a wig wearer, but I guarantee you, if I wear a blonde wig tomorrow it changes nothing at my core.

Look here, some of the most ‘upful’ Rastas I know, (remembering Homer Heron Taitu Heron) never wore locs, and everybody outa street wid locs (mi included) is not Rasta. The strongest critics who spout “people should be happy wid how God made them”… are sometimes quietly doing things to effect physical change … like the girl who claimed she loves being fat and there is nothing wrong with it, while secretly gobbling diet pills.

Who remembers when people looked down on locs, sported only by Rastas and the Rasta-minded. It was a ‘crime against humanity’ when a Rasta family had a child with locs. You would hear (since they secretly disliked Rastas but did not want to seem bigoted) “I don’t have a problem if they want to do it, but they should let the children reach the age where they can decide for themselves.” I would then ask “so you don’t think that adults (as long as children are not at risk) have the right to make those kinds of decisions for their children?” When I asked them to show me one case of a little girl under one year old who was consulted before her ears were pierced, to make her seem cuter … Silence. You see the double standard eh?

And for the men who criticizing women about the hair and lashes, why unu dying hair and beard? and ten chances to one if I look at your wedding picture, your beautiful bride has straight or straightened hair. Jamaican proverb “tiger waan fi nyam him pikni, him say hi fayva puss” … we can justify anything. Also for the hortical locs wearers, why when two or three of unu locs pop out unu go to salon under cover of darkness go sew in locs and colour hair and beard? And… why unu leave empress at home and outa street carousing wid half nekkid girls wid Brazilian weaves down to hips (dat you pay for) and awning eyelashes, yet if empress at home pout on a little lip gloss, is a problem. Double standards, double standards and strength fi poor people.

Photo by Clarissa Carbungco on Unsplash