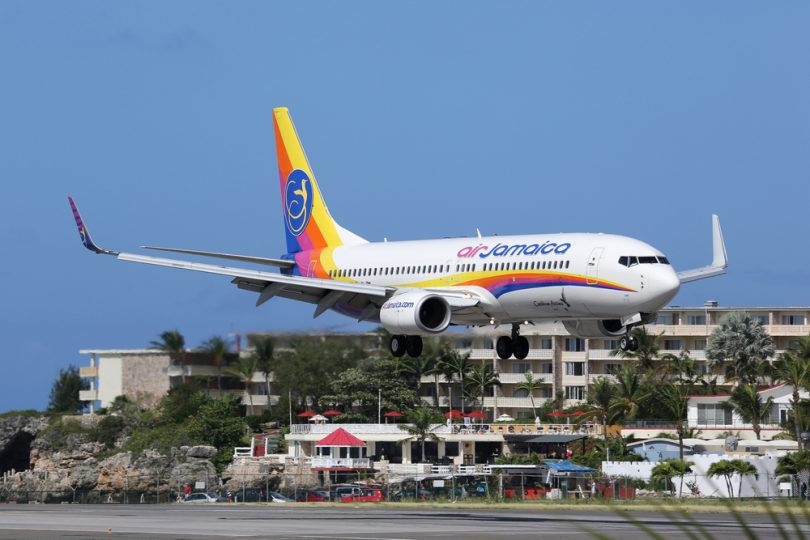 Air Jamaica was founded in 1963, shortly after Jamaica became independent when the government decided not to invest in British West Indian Airways (BWIA). The airline’s stated mission was to be a “productive, efficient and profitable carrier” that offered top-quality service with a special Jamaican flair. It meant to be a national carrier that all Jamaicans could be proud of. Here are 10 things to know about the history of Air Jamaica from its origins to its acquisition in 2011 by Caribbean Airlines.

1. As countries in the Caribbean became independent in the early 1960s – Jamaica gained independence in 1962 – they took actions to establish airlines that were also more independent. The decision of Jamaica’s government not to invest in British West Indian Airways (BWIA), which was acquired by the government of Trinidad in November 1961, set the stage for the formation of the Jamaican national airline, Air Jamaica. Air Jamaica was known for its bright colors which set it apart from any other airline. The former national carrier slogan was “One Vision, One Caribbean, One Airline” they also had another slogan that said, “Feel it when you fly.”

3. BOAC and BWIA had continued the maintenance of the leased aircraft for a time, but Jamaica’s government wanted more independence, and a new company called Air Jamaica Ltd. Was formed in 1968 with a new partner, Air Canada. The new airlilne began its operations in April 1969 with flights from Kingston and Montego Bay to Miami and New York.

4. New routes to North America were added in the early 1970s, and Air Jamaica began flying to Chicago, Philadelphia, Toronto, and Detroit by the end of 1973. Flights to London were added in April 1974 and to Frankfurt in October of 1975. The airline’s offerings of free rum drinks serviced by flight attendants described as “rare tropical birds” at the time helped to keep the planes filled.

5. The airline was partially privatized in 1994 when a group of Jamaican and Canadian investors agreed to take a 70-percent share. An additional five percent was provided to employees, whie the Jamaican government remained responsible for the airline’s considerable liabilities.

6. The new management of Air Jamaica moved to improve its productivity and image with the development of new logos and livery. The airline also offered its customers free champagne, Red Stripe beer, and rum punch. Thus, it survived a price war with American Airlines and by 1995, it was profitable on the operational level.

7. Actions by the United States Federal Aviation Administration (FAA) stymied opportunities for Air Jamaica to add new routes to the US when it grounded the airline’s planes because Jamaica’s Civil Aviation Department failed to meet international safety standards.

8. Montego Bay Sangster International Airport was officially designated as a hub in June 1997 at a time the airline carriedd a debt of more than $50 million due to the FAA restrictions, which were not ended until late in 1998.

9. In the late 1990s, Air Jamaica began a new “Way Forward” plan to become profitable and expanded marketing efforts, added to its fleet, and established EC Xpress to expand services to the eastern Caribbean through an agreement with St. Lucia-based HelenAir. However, HelenAir abandoned Air Jamaica for its rival BWIA, and EC Xpress went out of business after about a year.

10. The 2000s saw speculation and discussion about privatizing Air Jamaica as a way to stabilize its finances. The airline was negatively impacted by the terrorist attacks in New York on 9/11 as well. Jamaica and Trinidad and Tobago considered a possible merger or acquisition by the T&T-based Caribbean Airline, which ultimately became a reality. Caribbean Airlines acquired Air Jamaica’s fleet in 2010 and opened a new hub at the Norman Manley International Airport. The Jamaican government holds a 16-percent stake in Caribbean Airlines.