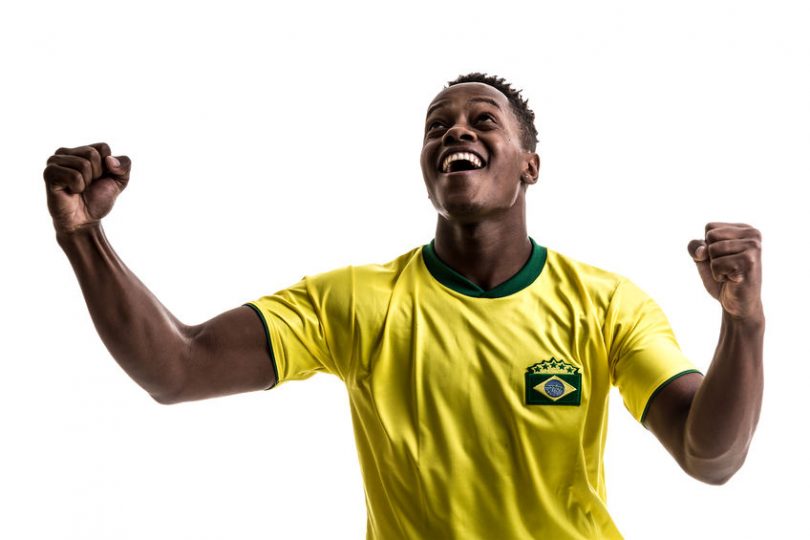 Cheering a team on to victory in the World Cup is a football fan’s dream, and there is no team dreamier for Jamaicans than the team from Brazil. Jamaicans love Brazilian football for its “banana shots,” “salad” moves, and other stylish plays. Dating from 1958 when the Brazilian player Edson Arantes do Nacaimento, better known as “Pele,” wowed World Cup fans in Sweden, Brazil has held a place in Jamaica’s soccer heart. Below are five reasons Jamaicans cheer for Brazil. 5 reasons Why Jamaicans Cheer for Brazil

1. Pele
The love affair with Brazil is exemplified by their love for Pele, the all-time greatest football player. Just 17 when he played in the World Cup in 1958, Pele displayed the skills that made him unstoppable and brought Brazil its first World Cup trophy. Brazil’s performance in 1970 still sets Jamaicans on fire as Pele, Carlos Alberto, Gerson, Jairzinho, Rivelino, Tostao and Clodoaldo brought Brazil its greatest victory. Many of the 1970 matches were shown on local television, and Jamaicans could see the wizards at work for themselves.

According to former national coach Geoffrey Maxwell, the 1970 World Cup in Mexico that featured the Brazilians’ “intricate short-passing game” was the series that impressed football fans the most. After the 1970 World Cup, Brazil had what has been described as a “cult following” in Jamaica, and everyone was talking about Pele. When he visited Jamaica in the mid-1970s, “it was like the coming of a god,” Maxwell said.

2. A Relatable Team
Brazil is one of the few nations to have had people of color on the team during a period in which recognition for people of color was rare, and they were still fighting for it. The team brought a sense of pride and accomplishment for all people of color.

3. Color of the Flag
The flags of Brazil and Jamaica both use gold and green colors. The Brazilian flag is known as “The Yellow-and-Green One” (A Auriverder in Portuguese) and also features a blue disc displaying a starry sky with the Southern Cross constellation and a band with the national motto – Order and Progress – on it. The blue disc is inside a yellow rhombus on a green field. The Jamaican flag features the colors of green, gold and black, with the gold representing the sun, the green representing the land, and the black, which originally symbolized hardship, was changed in 1996 to represent the creativity and strength of the Jamaican people in overcoming obstacles. The gold was changed to represent the wealth of the country as well as the sunshine, and the green symbolized the island’s lush vegetation. A motto emphasizing progress is also on the Jamaican flag: “Love as a principle and order as the basis; progress as the goal.”

5. Brazilian Football Style of Play
Jamaicans love the Brazilian style of play and have emulated it, especially after 1970. The Santos of Jamaica, who even copied Brazil’s uniform of a yellow shirt, blue shorts, and white socks, really incorporated the Brazilian style, said Maxwell. They first did so under Winston Chung-Fah and continued the program under his successor, Jackie Bell. Maxwell believes that the Santos were the local innovators of Brazil’s style of play, which is characterized by short passes and touch play. As coaches like Dennis Ziadie of St. George’s College and Maxwell himself started teaching Brazil’s style in the schools, soon “every youngster wanted to play like Pele,” Maxwell said, noting that there were as many would-be Peles in Jamaica as there were playing grounds. Brazilians love Jamaican culture especially reggae music. Brazilians feel the same way about Jamaican superstar sprinter Usain Bolt. It should be noted that just as Jamaica embraced the Brazilian football legend Pele and held him up as a role model.