6 Must Have Jamaican Seasonings - Page 2 of 2 - Jamaicans.com 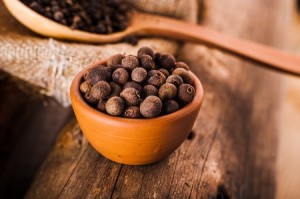 Jamaican pimento is one of the island’s indigenous spices well known for its potent flavour and sweet fragrance. Also known as allspice, pimento is popularly used in jerk recipes such as jerk chicken and pork. Pimento berries are used whole, crushed or blended when dried and added to the desired dish. It may also be used to enhance the flavour of barbecue sauces, cakes and soups. 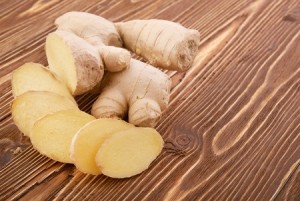 Jamaican ginger has its roots in tropical Asia but is now considered as the best on the international market. It has a variety of uses which include cooking, baking and making beverages. Local products such as ginger biscuit, ginger bulla, ginger ale and ginger beer are all heavily flavoured with Jamaican ginger. Some Jamaican juices such as sorrel use ginger to enhance its signature taste. Ginger can also be used with rice and peas and gives a zesty flavour when stir-fried in dishes such as beef stir-fried or stewed chicken. 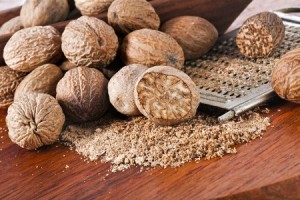 Jamaican nutmeg is a popular spice brought to Jamaica from Indonesia and known for its distinctive smell and slightly sweet taste. The nut is enclosed in a firm, protective shell covered by red or brown veins and must be removed and grated to produce the spice needed for cooking. It is used to add flavour to meats, sauces and more popularly to enhance desserts and porridge. When Jamaicans think of nutmeg in beverages, they think of products such as eggnog, carrot and cucumber juice.