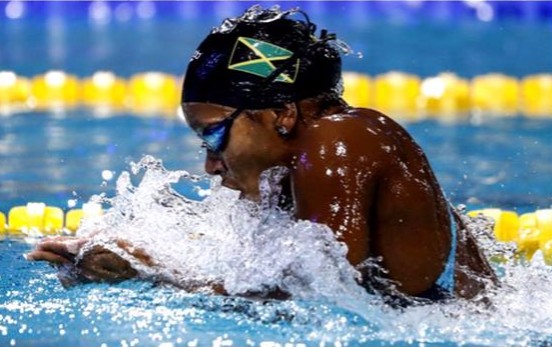 A total of 171 Jamaicans will be recognized for their contributions and achievements on National Heroes Day, Monday, October 15, 2018. Among them will be Alia Atkinson, Grace Jones, Harry Belafonte, and Winston Barnes. Swimming sensation Alia Atkinson will receive the Order of Distinction (OD) in the rank of Commander for her exceptional representation of the country in the sport of swimming and for being the first black woman to win a World Championships title. Model, actor, and singer Grace Jones, 70, who was born in Spanish Town and migrated to the United States in her teens, became part of the legendary avant-garde scene that included Andy Warhol and New York’s trendy Studio 54 nightclub. She will receive the Order of Jamaica, the nation’s fourth highest honor. She returned to her roots by teaming up with Sly and Robbie and did some of her best work with them. Harry Belafonte, who is 91 years old, will receive the Order of Merit, the country’s third highest civic honor. He was born to Jamaican parents in Harlem, New York, but spent eight years of his youth on the island, where he had a major impact. Belafonte became a Hollywood star in the 1950s, and his 1956 album “Calypso” introduced American audiences to the sounds of the eastern Caribbean. The album was the first to be certified platinum for its sales of over one million units. Belafonte has also been a strong civil rights activist in the US and stood by Jamaican Prime Minister Michael Manley in the 1970s when his policies were unpopular with the US government. Veteran entertainer and broadcaster Winston Barnes will receive the Order of Distinction, Commander Class. Others honored include the film producer and cultural activist Barbara Blake-Hannah, deejay Yellowman, Disc Jockey Bob Clarke (of Irie FM), Johnny Gourzong of Reggae Sumfest fame, broadcaster/musicologist Dermot Hussey and poet/folklorist Joan Andrea Hutchinson, will receive the Order of Distinction (Officer Class). Tremayne Brown, who rescued a drowning boy in Trench Town in July 2018 will receive the Badge of Honor for Gallantry. Also on the list of honorees is the musician Neville O’Reilly Livingstone, who is known as “Bunny Wailer” and is the sole surviving member of the legendary group “Bob Marley and the Wailers.” He will receive the Order of Merit (OM) for his contributions to popular music.

Correction: An earlier version of this story listed the date of National Heroes Day incorrectly.