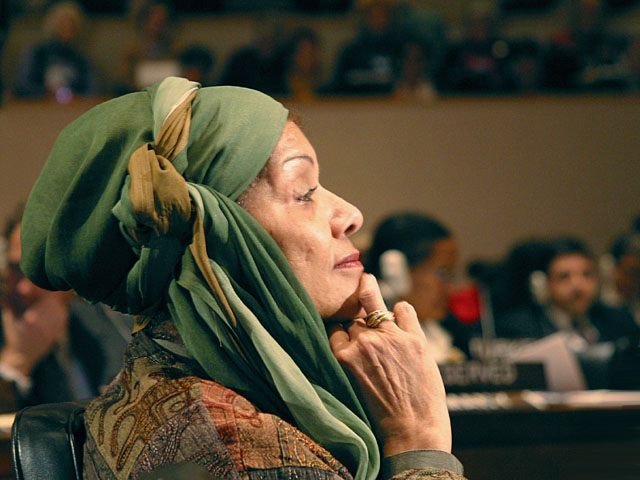 Her first job after University was at the Ministry of Foreign Affairs in Kingston. But after Independence in 1962 when Jamaica became a member of the United Nations ( UN), the country, like all other member countries of the UN had to set up an office in New York, where the headquarters of the UN is located. This office was known as Jamaica’s Permanent Mission to the United Nations.

Ambassador King worked at the United Nations for forty years. She worked on many, many, things. But the most important work she did, and for which she is best known, was her work on human rights, especially the rights of girls and women throughout the entire world. She was among the first set of women at the UN to form a special group to work on this, during the International Decade for Women between 1976 and 1985.

Another very important matter in which she was involved at the UN was the holding of the first ever democratic national elections in South Africa in 1994. This election marked the end of a period known as apartheid – where only white persons could vote and black persons were subject to terrible acts of discrimination. The elections marked the beginning for full equality for all citizens of all races – black, coloured and white. Nelson Mandela became the first president of a democratic South Africa.

Ambassador King was a very valuable member of the UN staff, and became a Special Adviser on Gender Issues to the Secretary General of the UN, Kofi Annan. Gender issues relate to all matters having to do with men and women.

In 1997, Ambassador King was made Commander of the Order of Distinction (CD) by the Government of Jamaica and she received an Honorary Doctor of Laws from the University of the West Indies. Even after her retirement in 2004, she continued her work with women on their human rights. When she died in 2007, several groups and institutions paid homage to her for her love, dedication for her tremendous contribution to the cause of women worldwide.

Ambassador King lived her life with honour, dignity and dedication. She lived by the words of the great Mahatma Gandhi: “Be The Change You Want To Be In The World.”