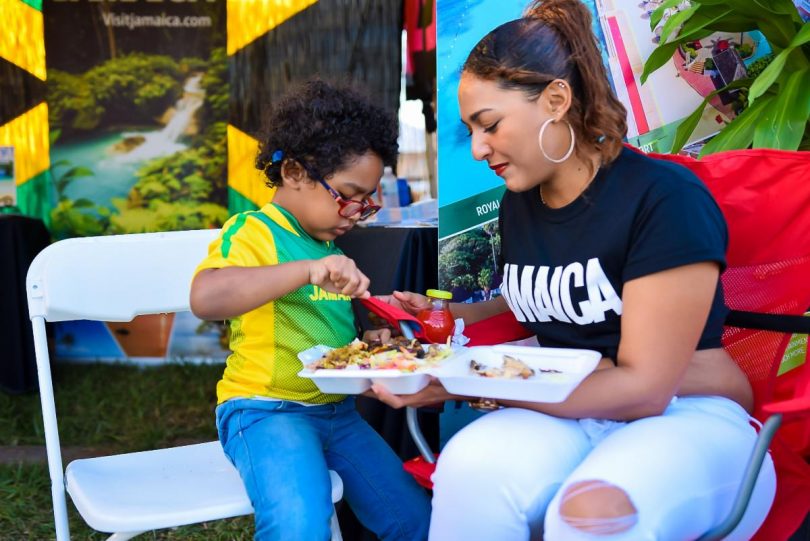 With most mega events canceled this year, producers of the Florida, New York, and Canada Grace Jamaican Jerk Festivals, along with Orlando and Palm Beach festivals are taking their celebration to you with a virtual event to mark October 25, 2020, National Jamaican Jerk Day – USA. The event will be streamed on VP Records YouTube channel at 7:00 p.m.
Event organizers have been working non-stop to deliver an exciting virtual experience for jerk lovers around the globe, featuring live performances, cultural presentations, and interactive cooking segments.
June Minto, Managing Partner and Jerk Cook-off coordinator is especially excited about the impact this year’s unique festival is expected to have.
“Through this virtual event, we are able to reach a larger market,” says Minto. “Usually, our jerk festivals are staged in one city but now it’s going to be streamed worldwide and so many more people can participate by creating their own jerk dishes, voting on our cooking competitions and, of course, tuning in to our live-streamed event which premieres at 7:00 pm on the 25th of October.”
Minto has planned a number of culinary activities—some which are already underway, such as the exciting Publix Jerk Showdown and ‘Dine with Jerk,’ with participating restaurants in New York and Florida offering specials on jerk dishes up to National Jamaican Jerk Day. On the day of the event, there will be cooking demonstrations from celebrity chefs including Chef Irie and viewers are encouraged to participate by creating their own dishes as they celebrate Jerk Day.
The Publix Chef Showdown features six chefs — from Canada, New York, Atlanta and Baltimore — in three contests where two chefs at a time create their dishes and are judged based on ingredients and presentation. Chef Jimmie Jackson of Atlanta and Chef Noel Cunningham of Canada are still up for votes. Viewers get to choose the winner on jamaicanjerkday.com and also get a chance to win Publix gift cards.
In addition, says Minto, there will be highlights of culinary competitions featuring TV personalities, beauty contestants and politicians who have participated in jerk festivals over the years. 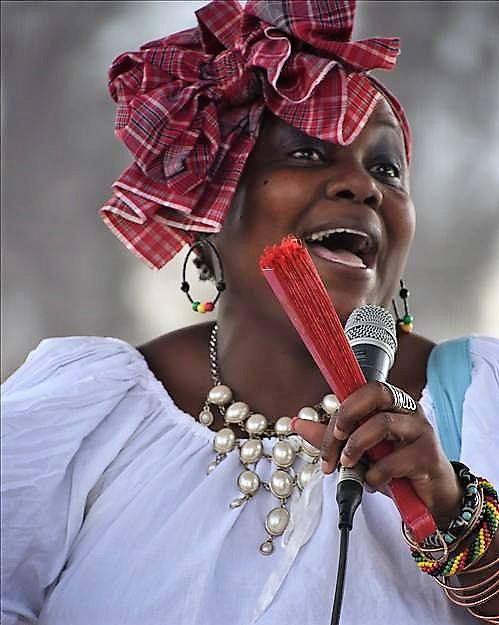 But this historical National Jamaican Jerk Day celebration will include so much more than jerk cuisine, it will also showcase Jamaica’s deep cultural traditions.
Cultural coordinator Bridget Edwards says the theme for the cultural component is “Nanny of the Maroons.” Nanny, Jamaica’s only female national hero, was a military strategist and a master of guerilla warfare. But the Maroons are not only known for their military prowess, they are revered for creating the authentic underground method of jerking meat.
“It was ingenious how they cooked their food underground, communicated by drumming and camouflaged themselves in the bush to keep safe and to defeat the British colonizers,” says Edwards. She explains that it was important to cook their food underground so the smoke would not give away their location.
Reflecting on the theme, Edwards says it came quickly and she believes that “Nanny intervened on her own behalf, because everything just fell into place. When we work on heroes … it sounds weird to say it … but they come. They are a part of it. Literally. The spirit of Nanny is in it.”
Actress Maxine Osborne will play the role of Nanny, appearing several times throughout the presentation on Jerk Day.
“Nanny will be coming back from the past as a force who comes to reassure her people of their ingenuity, resistance and resilience because she knows about the struggles we face and how to overcome these adversities,” says Edwards. She also believes in these trying times, we all could benefit by channeling the wisdom and warrior spirit of Nanny as we confront the challenges of 2020 head on.
The virtual event, hosted by Jody Ann Gray and Noah Powa, will also include highlights of past performances featuring acts such as Chris Martin, Barrington Levy, Sanchez and Alison Hines as well as live presentations by Sons of Mystro and Noah Powa. The event will be streamed live from the Miramar Amphitheater, home of the Grace Jamaican Jerk Festival in Florida.
So, mark your calendars, grab your ingredients, and prepare for an exciting day of jerk goodness, cultural upliftment, riveting and nostalgic entertainment.
National Jamaican Jerk Day celebration is supported by corporate partners Publix Supermarkets, Grace Foods, Western Union, VP Records, Digicel, The Jamaica Tourist Board, the City of Miramar, National Weekly, and the Greater Fort Lauderdale Conventions and Visitors Bureau.
The celebration is coordinated by Jamaican Jerk Festival USA, Inc.
Visit www.JamaicanJerkDay.com for information on National Jamaican Jerk Day Celebration as well as recipes and other jerk related offers from corporate participants.
Rate this post