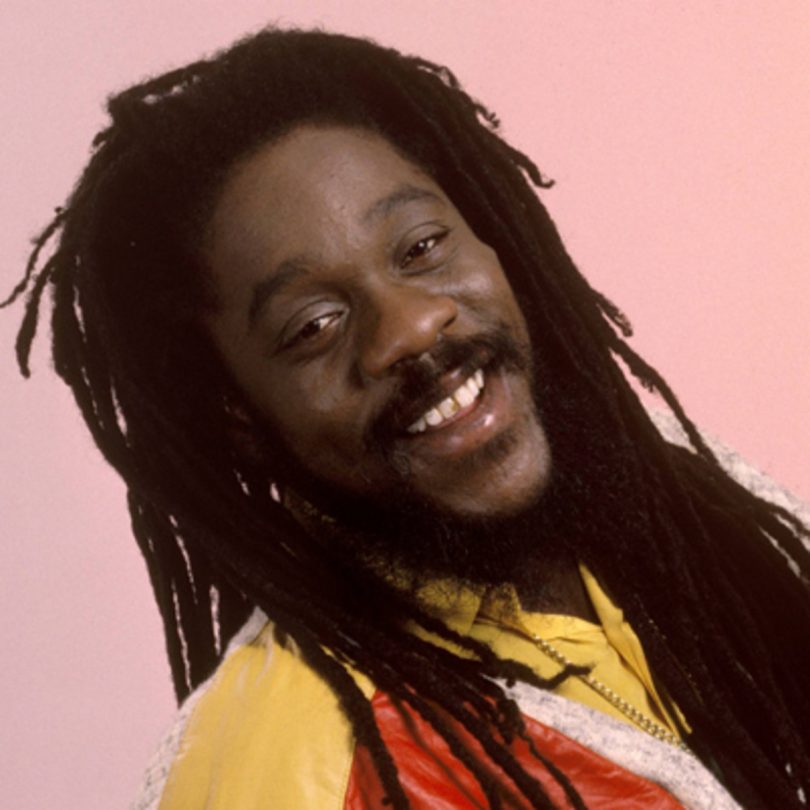 On February 1, 1957, reggae singer Dennis Brown was born in Kingston. He began his career in the 1960s at the age of 11 with his first recording “No Man Is an Island” and recorded some 80 albums before he died on July 1, 1999. He was known as a child prodigy because of his early recording and was also called the “Michael Jackson of Reggae.” Brown was a major force in the subgenre of reggae known as lovers rock. Reggae legend Bob Marley called Brown “The Crown Prince of Reggae” and cited him as his favorite singer. Brown provided inspiration to many reggae singers from the 1970s to the 2000s and influenced artistes like Barrington Levy, Junior Reid, Frankie Paul, Luciano, Bushman, and Richie Stephens. Brown started working toward a career in music at age nine when he began singing with Byron Lee and the Dragonaires. He had to stand on beer boxes during concerts so he could be seen by the audience. During a two-day session in 1988 at Studio One with Clement “Coxsone” Dodd, the sound system operator, Dennis Brown recorded two albums: “No Man Is an Island” and “If I Follow My Heart.” His first commercial success came in 1971 with the release of “Super Reggae and Soul Hits,” Which caught the attention of listeners and music executives. He was nominated for a Grammy Award in 1994 for his album “Light My Fire.” In spite of personal difficulties with drugs, Brown continued making studio recordings, and during his final year of life, released three records. In an interview on National Public Radio, Bob Marley’s son Damien Marley, discussed Brown’s legacy, saying, “He was one of those persons who made it cool to smile in reggae music. When I listen to his music, I can hear that he really loved singing. It almost sounds like he smiles while he’s singing.” On the first anniversary of his death, Brown was honored with a memorial concert in Brooklyn, New York, which featured performances by Johnny Osbourne, Micky Jarrett, Delano Tucker, and Half Pint. In 2001, the Dennis Emanuel Brown Trust was established to educate children and help provide young people with musical instruments. Every year the trust awards the Dennis Emanuel Brown bursary for educational achievement to students between 10 and 12 years of age. Dennis Brown was the father of 13 children.