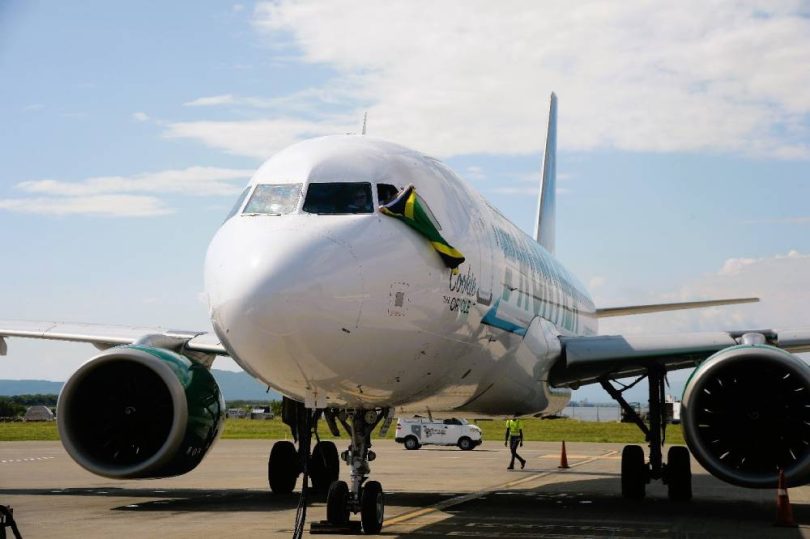 Continuing to expand ease of access to the island for US travelers, Jamaica welcomed new air service from Atlanta’s Hartsfield Jackson International Airport (ATL) to Norman Manley International Airport (KIN) in Kingston beginning November 3 by Frontier Airlines. In keeping with Jamaica’s warm island culture, the inaugural flight was celebrated with festivities upon departure from the airport and arrival into Jamaica.

“We are very pleased to continue expanding our partnership with Frontier Airlines,” said the Hon. Edmund Bartlett, Minister of Tourism, Jamaica. “The launch of this new non-stop flight from a key Southeastern U.S. gateway supports the strong rebound of Jamaica’s tourism sector and provides travelers with yet another convenient option to get our beautiful island.”

Donovan White, Director of Tourism, Jamaica Tourist Board, added, “It is wonderful to welcome another non-stop flight into Kingston by Frontier. As tourism is extending to more communities throughout the island, this will be an important addition to our existing air service that allows for easy access to the southern and eastern portions of Jamaica.”

At the gate ceremonies in Atlanta, representatives from Jamaica, Frontier Airlines and the Atlanta airport gathered at the gate to welcome passengers traveling to Jamaica on the new flight. In addition to the traditional ribbon-cutting, everyone was treated to the sounds of reggae music from a live band. Just prior to boarding, each passenger was handed a gift bag containing branded items from Jamaica as a token by which to remember the occasion. 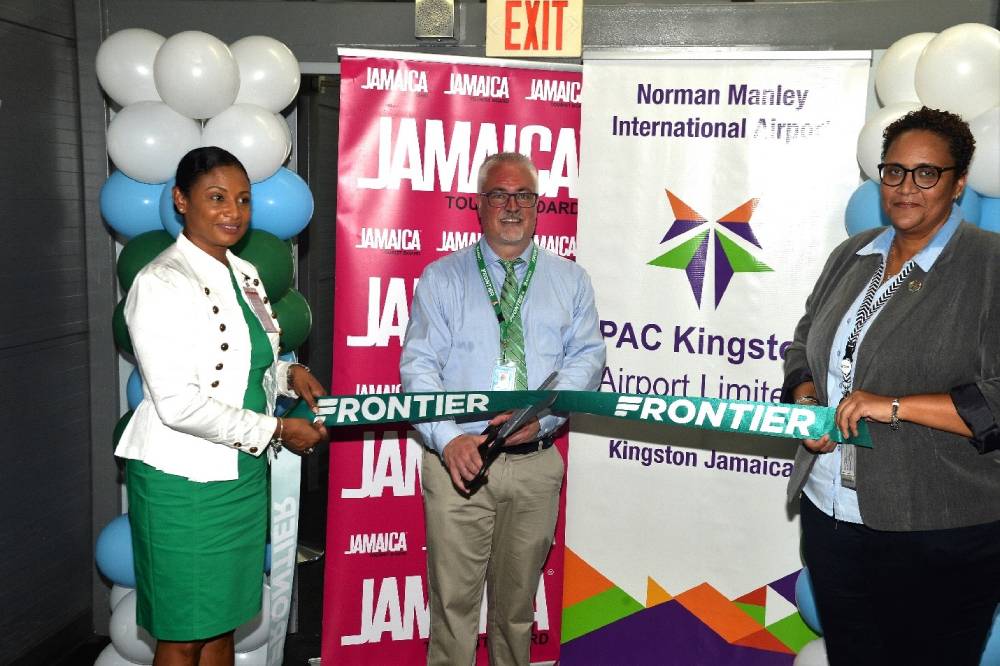 Upon landing in Kingston, the arriving inaugural flight received a high-spraying water salute on the runway and a Jamaican flag was flown out the window of the cockpit. Disembarking passengers were greeted by officials from the Jamaica Tourist Board and the airport. In keeping with tradition, gifts were presented to the captain and crew of the flight in appreciation of their service during a welcome reception featuring live music to close out the festivities.

For more information about Jamaica, please visit www.visitjamaica.com. The Jamaica Tourist Board (JTB), founded in 1955, is Jamaica’s national tourism agency based in the capital city of Kingston. JTB offices are also located in Montego Bay, Miami, Toronto and London. Representative offices are located in Berlin, Barcelona, Rome, Amsterdam, Mumbai, Tokyo and Paris.