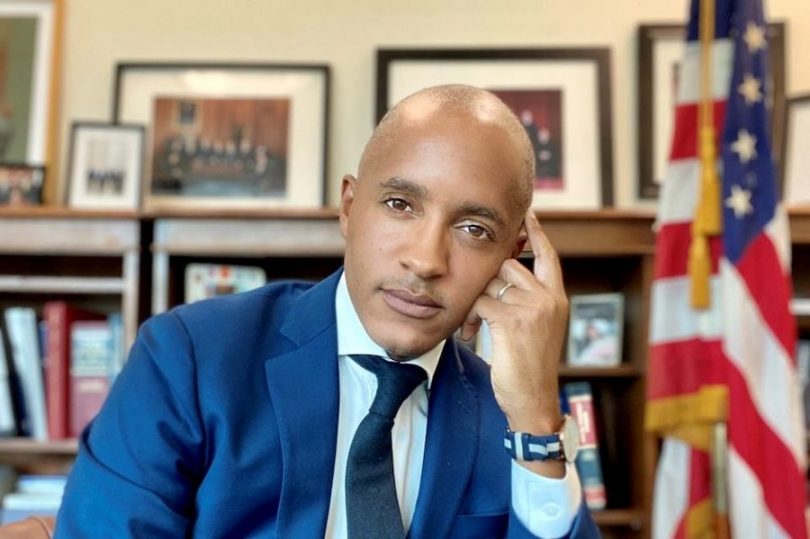 Jamaican American Damian Williams, 40, was confirmed as the first Black United States Attorney for the Southern District of New York (SDNY) after being nominated for the position by US President Joe Biden. A veteran federal prosecutor, Williams had the support of Chuck Schumer, the US Senate Majority Leader and Senior Senator for New York during the nomination process. In supporting Williams, Schumer cited his “strong commitment to equal justice” and his “tremendous legal acumen.” Williams is the first US Attorney for SDNY to be appointed by a US President from inside the office in more than 50 years.

Prior to becoming the District’s US Attorney, Williams headed the Securities and Commodities Fraud Task Force at SDNY where he oversaw more than 20 federal prosecutors in cases that involved insider trading, financial fraud, market manipulation, and fraudulent investment schemes.

Williams, whose parents are Jamaican immigrants, was born in Brooklyn. He holds degrees from Harvard University, Cambridge University, and Yale Law School.

While at Harvard, Williams received the Detur Book Award, the John Harvard Scholarship, the Ron Brown Scholarship, and the Harris Prize. In 2002, he was named the Lionel de Jersey Harvard Scholar, which allowed him to study at Cambridge. He was an editor of The Yale Law Journal while at Yale.

He previously served as a clerk for US Attorney General and head of the US Justice Department Merrick Garland when Garland was a federal appellate judge. He also clerked for the late US Supreme Court Justice John Paul Stevens. After his clerkships, Williams was employed in the private sector at the Manhattan law firm of Paul Weiss, where he worked until he took a position as a federal prosecutor at the Southern District of New York in 2012. Williams has also been a member of the Human Rights First Board of Directors, the Council on African American Affairs, and Boys Speak Out.

Damian Williams is the nephew of Orville Williams, a goalkeeper for Jamaica College in 1963 when the school was the winner of the Manning Cup. His younger brother, Andre Williams, is a dentist in the US.