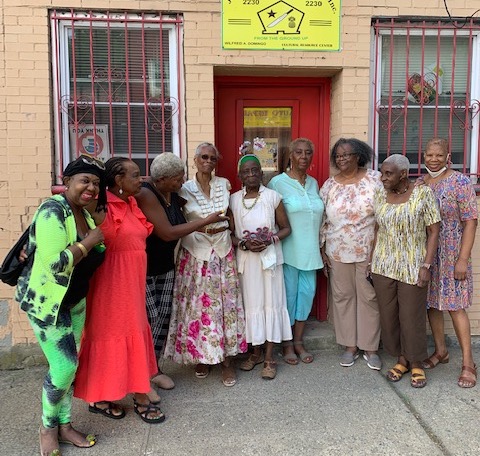 Vena W. Baker has traveled from Jones Town, Jamaica to Johannesburg, South Africa, Kingston, Jamaica to Kumasi, Accra and Cape Coast, Ghana, Colon, Panama to Cairo, Egypt, Harlem, New York to Harare, Zimbabwe, Bronx, New York to Beijing, China, all four directions of the 54 African states including Cote d’Ivoire, the Gambia, and journeyed through a majority of the 50 United States including Hawaii and Alaska.

Recently, the Jamerican — who migrated from 21 Penn St. when colonials governed the island — marked a milestone achievement celebrating her status as a nonagenarian New Yorker.

A retired psychiatric nurse who worked for more than four decades at Montefiore Hospital, she was feted by activists, politicians, a fraternal organization and with commendation letters acknowledging her milestone journey surpassing 60 years of Jamaica’s self-governance.

During a whirlwind week of celebration, the Panama-born, Jamaican-bred, US citizen boasted her 90-plus years but stopped short of revealing the actual digits from being a centenarian.

“Age is just a number and, I think it’s an inappropriate question for people to ask,” Baker said.

With that said, she kicked off revelry of nine decades past on Jamaica’s Aug. 6, 2022 anniversary of independence.

“We celebrate your life and your continued purposeful energy which has been on display from your many years of service as a former Nurse at the Bellevue Hospital in Kingston to the Montefiore Hospital in the Bronx, New York, where you served as a Psychiatric Nurse,” Olivia Grange, Jamaica’s minister of Gender Sports and Entertainment said in a letter dispatched to the diasporan. “Indeed, it is clear to all that you are full of vim, vigor and vitality, and we salute you for your work to care for the vulnerable in our communities,” Grange added. 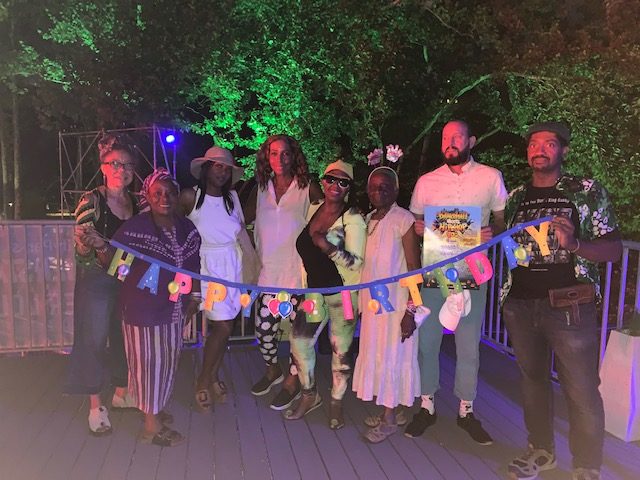 The letter continued “It is in recognition of your dedication to service and your “outstanding and invaluable service to the community” that the Hon. Yvette Diane Clarke, the Representative for New York’s 9th Congressional District, acknowledged you with a Certificate of Special Congressional Recognition, and I whole heartedly endorse this commendation.

On behalf of the Ministry of Culture, Gender, Entertainment and Sport, I salute you in this, the year of Jamaica’s Diamond Jubilee, and implore you to continue to display, as you have, “the strength of a Woman.” 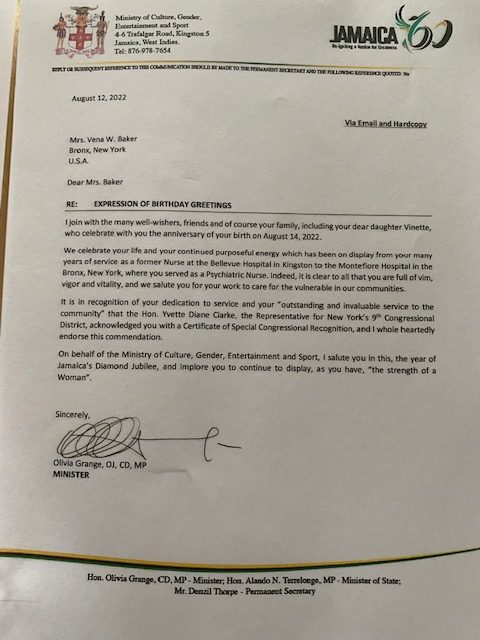 When Baker first arrived to the United States she settled in Harlem, a Manhattan hub regarded for activism and cultural appreciation of heroes and sheroes such as Marcus Mosiah Garvey, Rosa Parks, Malcolm X, and Dr. Martin Luther King Jr.

Although she later moved further uptown to the Bronx she regularly commuted to engage in cultural activities held in the Village.
Harlem activist Al Sharpton affectionately refers to the elder as ‘Mother B.’

On her special day he sent a note of congratulations saying:
“As you gather with family and friends to commemorate this joyous occasion, National Action Network and I salute your years of dedication to the community and wish you a very blessed birthday. We know that your path of giving back, fighting for equality and uplifting others has not only inspired those around you, but serves as a role model for everyone.

A longtime member of National Action Network, we thank you for your support and for joining us on this journey for justice. As you celebrate your birthday, and your well-deserved certificate of Special Congressional Recognition, you can rest assured that all of us recognize your hard work and celebrate right alongside you.

May you continue to fight the good fight and motivate others to do the same. 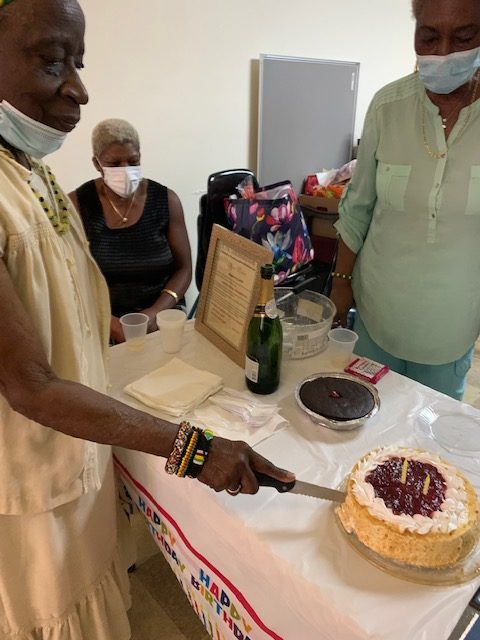 After moving to the Bronx, Baker enrolled at Bronx Community College where she attained her first college degree. Following graduation, she advanced her education certifying authenticity as a registered nurse with a Bachelor’s degree from Lehman College. Never content with limited studies she also secured a Masters degree from Long Island University.

Perhaps it is that dedication which resulted in a congressional recognition citation from Brooklyn Democratic representative Yvette D. Clarke.
City Councilman Charles Barron also issued a proclamation he said he was obligated to “personally deliver.” 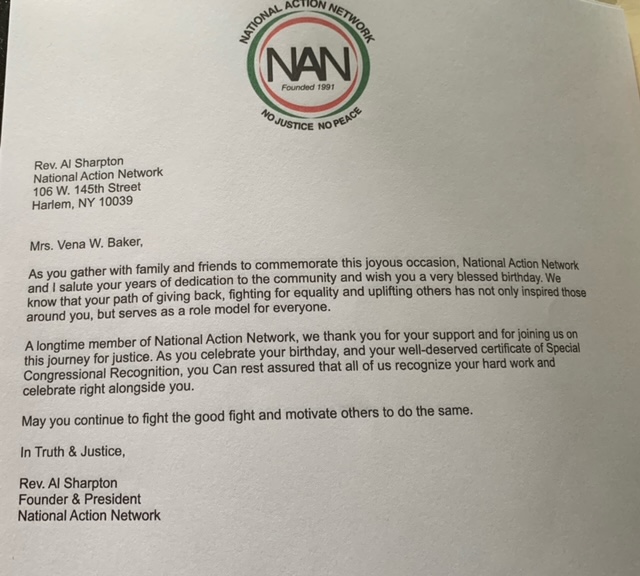 In addition to NAN, Baker also dedicates time and service to the Jamaica Progressive League, the first organization to demand an end to colonialism in Jamaica.

On the eve of her Aug. 14 birthdate, Baker was surprised by members who invited her for brunch at the Light St. Bronx headquarters.

Little did she know there was more in store for her than bun and cheese and ginger beer. Along with refreshments, the lifetime JPL member was presented a proclamation, platitudes and laudatory praises for her devotion to the organization. 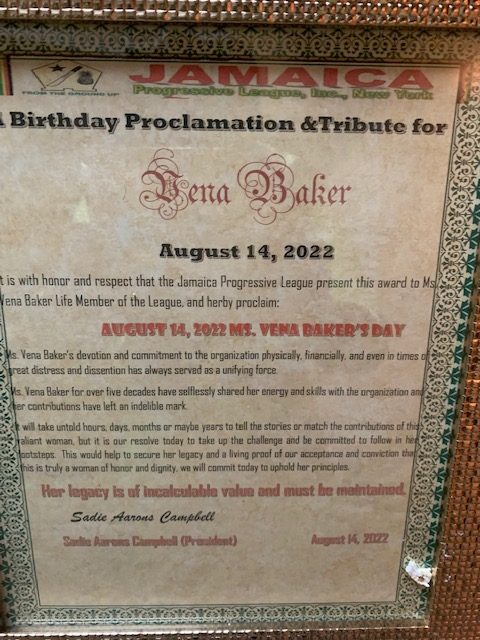 Activism has been her passion but she is no stranger to dancehall music.

Prior to migrating in the early 60s she owned and operated a dancehall in Jones Town at 21 Penn St.

That address is where acclaimed ‘toaster’ U-Roy first honed his skills as a deejay.

The legendary performer resided at Septimus St. just blocks away from the venue owned by “Miss Baker – the landlady.”

Therefore, when Shinehead and Wonder took the stage in the largest park in Manhattan, she stood throughout their lively sets to savor the progression of the music she witnessed when Tom The Great Sebastian, Dickie’s Dynamic Sounds and Duke Reid blasted sound systems from her concrete paved yard.
Joining her for a nostalgic reprise of the genre — former Orthodox Jewish deejay Behn “Benny Bwoy” Goldis — who in the 90s was acclaimed the “first Jewish deejay,” his wife Sheree, Haiti-born Yolande Leger, Jacqui Wilson, Marcha Tracey, Yvonne Smith, Sonia Chin, Josy Dussek, director of arts operations at Summerstage, and staffers Willy, Francisco and Herbert. 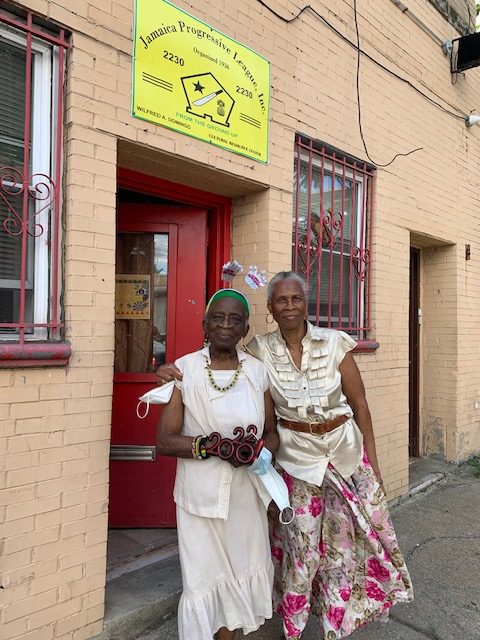 Unbeknownst to Baker’s grandson Kahlil T. Goodwyn — the venue manager at the Citi Parks site — VP Records and its roster of reggae artists are no strangers to his beloved relative.

In fact, more than two decades ago, together with Pat Chin, the founder of Jamaica’s renowned reggae label — his grandma traveled on a humanitarian trip to Haiti. According to Chin while on the excursion, they often sat side by side at dinnertime to reminisce Jamaica’s heydays.

In addition to travels to Haiti, Baker has journeyed throughout Africa, Europe, South America and the Caribbean. She travelled extensively to the continent with Egyptologist Dr. Ben Jochannon, Dr. John Henrik Clarke and Professor Leonard Jeffries on educational lecture series.

As a member of a delegation from the US she travelled to China where former freedom fighter Winnie Mandela addressed nationals.

“This is more than I could ever imagine,” Baker said “I hope it’s not an omen because it is overwhelming. I’m very, very grateful and I thank everybody concerned with sharing time with me.”

Baker is the mother of yours truly and one grandson — Goodwyn — who was recently spotlighted in a New York Post feature article about the annual Summerstage Concert Series.