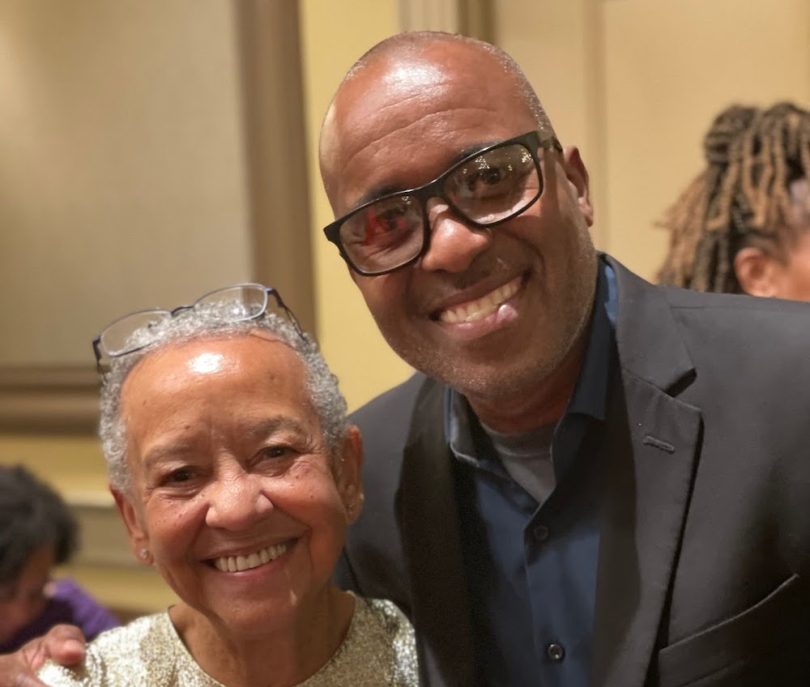 Jamaican poet, the Honorable Peter Gracey, made history in Dayton Beach, Florida, when he was selected to honor the life of Dr. Nikki Giovanni, a prominent African American civil rights activist and poet. Gracey presented to Giovanni, who was named an Oprah Winfrey 25 Living Legend, his poem entitled “That Monday,” which he read aloud to the honoree as well. The “Monday” of the poem refers to Monday, June 7, 1943, the birth date of the civil rights advocate. Gracey’s poem also captured significant parts of Giovanni’s life journey. 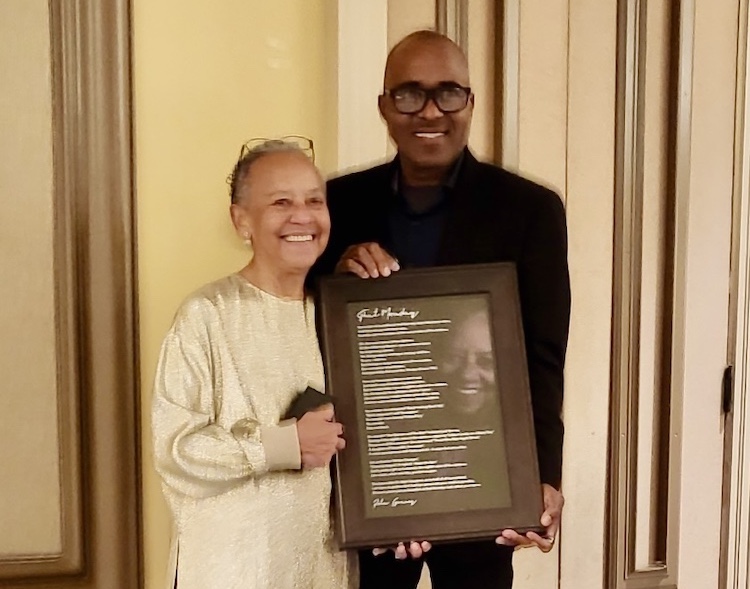 Peter Gracey presents a plaque with “That Monday” to Dr. Nikki Giovanni

Dr. Nikki Giovanni was born Yolande Cornelia Giovanni, Jr., in Knoxville, Tennessee. She grew up in Cincinnati, Ohio, and became an active participant in the Black Arts Movement. She organized the Black Arts Festival in Cincinnati, developing lasting friendships with other writers during this period, including James Baldwin and Sonia Sanchez. Giovanni was deeply affected by the assassination of Malcolm X and the prominence of the Black Panthers, and her poetry in the 1960s and 1970s spoke for many African Americans. During her career, Giovanni was the recipient of many awards and honors for her work, including honorary degrees, the NAACP Image Award for Literature in 1998 and 200, and in 1996, she received the Langston Hughes Award for Distinguished Contributions to Arts and Letters. Also in 1996, she was named “Woman of the Year” by Mademoiselle magazine, Essence, and the Ladies Home Journal. She received a commission by “All Things Considered” on National Public Radio to write an original poem for the inauguration of President Barack Obama in 2008 and an invitation in 2009 to read poetry at the Lincoln Memorial for the bicentennial celebration of President Abraham Lincoln’s birth.

Poet Peter Gracey was born in Kingston, Jamaica, and graduated from Jamaica College. He has written hundreds of poems, including “I Am (Woman)” and “The Strength to Breathe.” His book of the same name was released in December 2022.