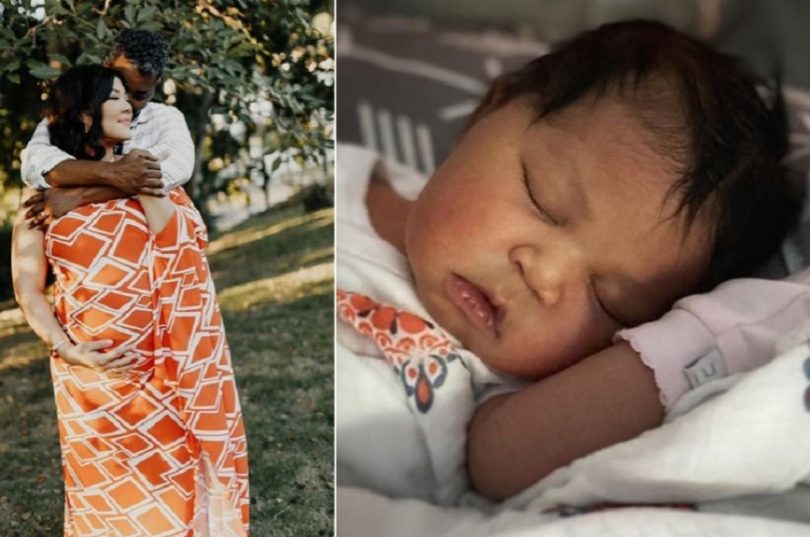 Jamaican Singer Tessanne Chin is the new mother of a baby girl. Chin and her husband, Brandon Crooks took to Instagram to announce the new arrival on Tuesday, February 4, 2020. The post showed a photo of the singer and her husband and Zaia Christine Crooks, their newborn daughter. On Instagram, the couple posted, “We are completely and utterly in love And grateful to God for you our darling girl.” Zara was born on Saturday, February 1, 2020, and weighed seven pounds, 15 ounces at birth. Chin also expressed her thanks to the medical staff, posting, “a massive Thank You to all of the amazing nurses in the maternity ward” at Andrews Memorial Hospital, and expressed gratitude to Dr. Michael Abrahams, who Chin described as the “best doctor ever!” The singer’s post has received hundreds of congratulatory messages from fans and supporters as well as hundreds of likes. Tessanne Chin and Brandon Crooks were married in October of 2019.

Tessanne Chin was born in Kingston, Jamaica, in 1989. Richard Chin, her father is of Jamaican-Chinese descent, while her mother Christine Chin, is a Jamaican national of English and African descent. Her family boasts several singers. Her parents were members of a band called The Carnations, and they have a recording studio in their home. Chin’s older sister is the singer Tami Chynn, and her cousin jay Hall is a singer and guitarist with the Grassroutes, a British rock band. Leon, Jay’s brother, is a singer with Electra Custard, a ska-fusion group. Chin, who was introduced to music at a young age, attended Mavisville Preparatory school.

Chin became famous worldwide when she was pronounced the winner of Season 5 of the NBC television network reality singing competition “The Voice” as a member of coach Adam Levine’s team. She went on to open for prestigious music performers like Patti Labelle, Peabo Bryson, and Gladys Knight. Following her win, Chin spent three years touring with Jamaican reggae legend Jimmy Cliff. “Count on My Love,” her debut album, was released in 2014 on the Republic Records label.