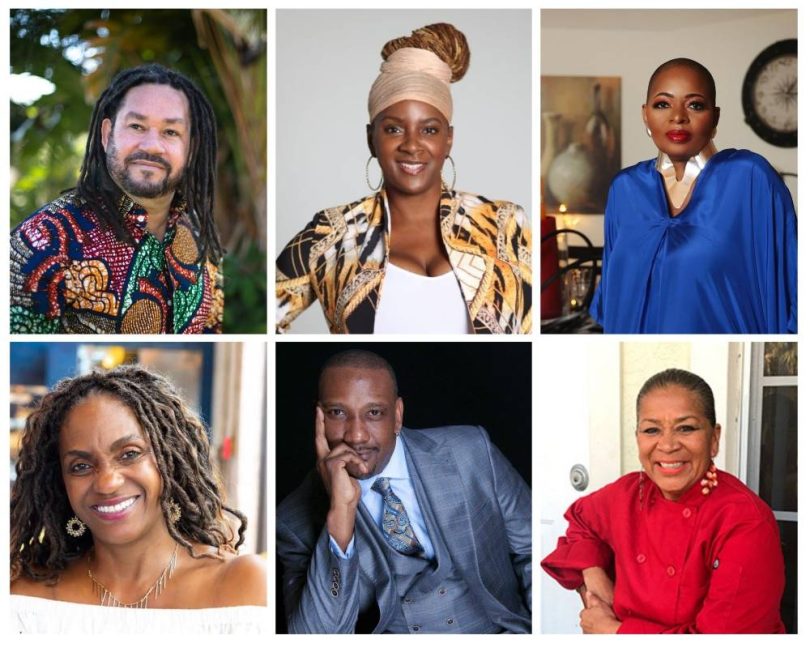 Several Jamaicans have been honored by the M•I•A Media Group LLC, publishers of “Legacy Miami,” “Legacy South Florida,” “M•I•A Magazine.” The Media Group is one of the largest Black publishers in the country, having over one million readers for their monthly and bi-monthly publications. “Legacy Miami” and “Legacy South Florida” are business and news publications that provide information for the Black influencers and affluencers of South Florida. Distributed as inserts to the Miami Herald and Sun-Sentinel newspapers, the most widely circulated Black publications of this type in the US, they are designed to inform the public about the success and achievements of Black people in the region in the fields of business, education, medicine, law, politics, entrepreneurship, among others. Among the Jamaicans recognized by “Legacy Miami” and “Legacy South Florida” are Calibe Thompson, David Muir, Suzan McDowell, Chef Sheron Chin, Hugh “Chef Irie” Sinclair, Audrey Nelson, and Chef Judy Able. 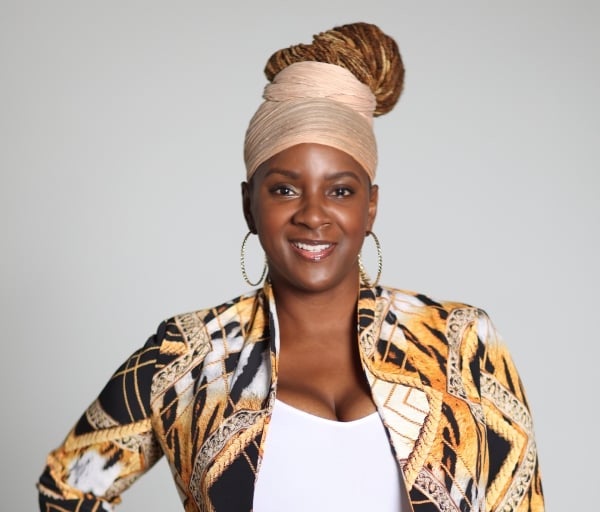 The co-founder and creative director at Island Syndicate, a creative services agency, Jamaican-American entrepreneur Calibe Thompson is also the co-founder and president of the board of Island SPACE, a Caribbean arts and culture nonprofit. During her career, she has also served as a television producer, publisher, director, host, author, columnist, and public speaker. She was the executive producer on the independent national and regional TV series “Taste of the Islands” and “Island Origins,” which aired in 46 of the United States, more than 20 Caribbean nations, and other global regions. She also co-produced the culinary event series “Taste the Islands Experience” for Island Syndicate, authored two best-selling books, and publishes “Island Origins,” an award-winning Caribbean American lifestyle magazine. Thompson’s personal mission is to inspire people toward respecting each other and expect greatness from themselves. 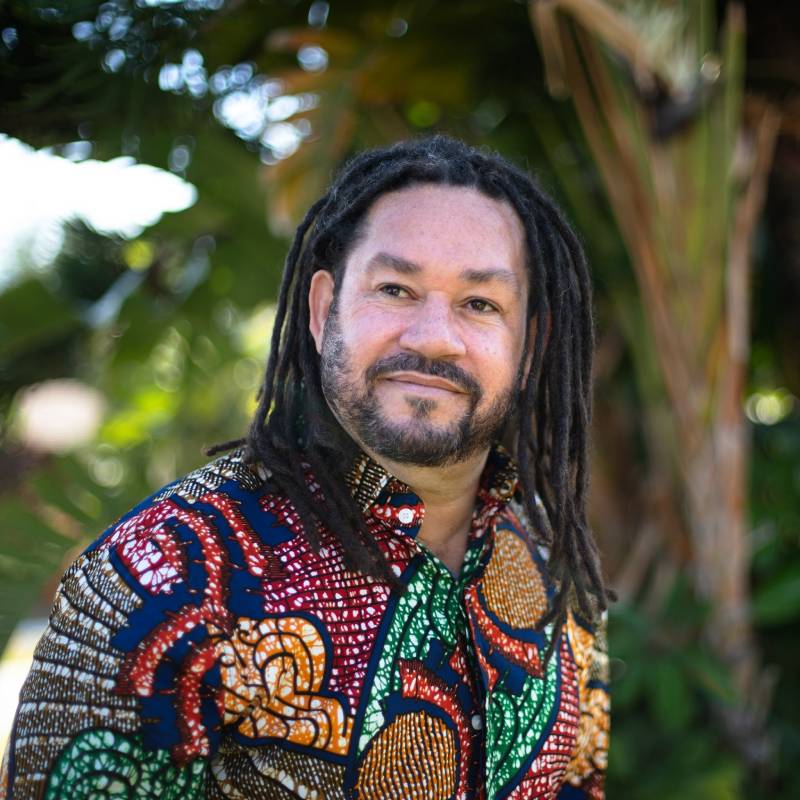 Photo artist, author, entrepreneur, and community leader David Muir is co-founder and director of brand strategy at Island Syndicate, a creative services agency that focuses on excellence in storytelling via photography, video, and print projects. Many of Muir’s signature artworks have been displayed in South Florida and overseas. His photo art collection, “Pieces of Jamaica” received critical acclaim and toured the US and internationally. Works from the exhibit were published in a book entitled “Pieces of Jamaica: The Real Rock Edition” in 2012, which featured photos capturing the rustic reality of the island, along with its natural beauty and the spirit of its people. 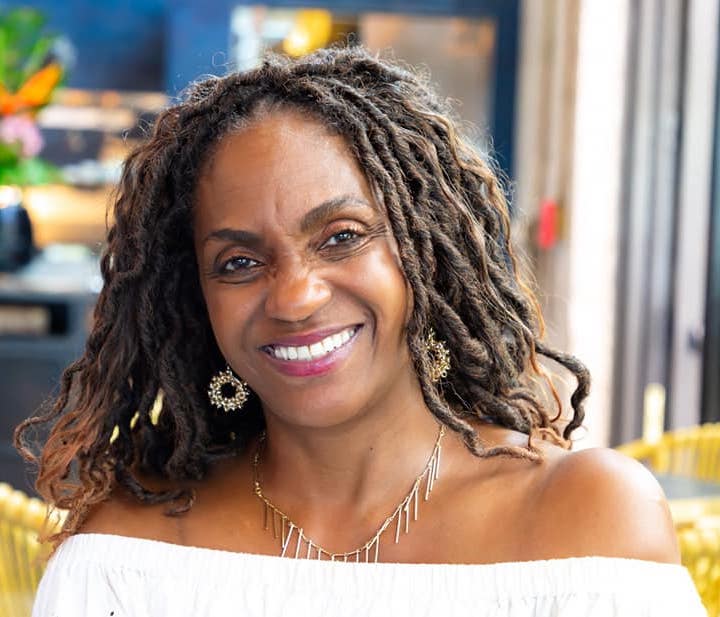 Since 2001, Jamaican entrepreneur Suzan McDowell has been the president and CEO of Circle of One Marketing, a full-service marketing agency focusing on African-American and Caribbean markets. McDowell graduated with a BS degree from the University of Texas at Austin in 1989 and has been involved with the successful marketing campaigns of the Annual Jazz in the Gardens Music Festival in the City of Miami Gardens and as the Ambassador for OneUnited Bank, the biggest Black-owned bank in the US. McDowell has made the organization famous for its creativity and strong community involvement, which has made significant contributions to communities of color and others in South Florida. In 2022, the “Circle Gladiators” team will be expanded via the introduction of an apprentice-style mentoring and education program called “Circle Rising, which is designed to prepare the next generation of young people for a professional career in the creative space. In December 2022, a celebration of the agency’s 20 years in business was attended by Miami-Dade Commissioner Oliver G. Gilbert, III, who presented Circle of One with a special county proclamation in recognition of “raising the ceiling as a ‘Jamerican’ Black-owned organization, 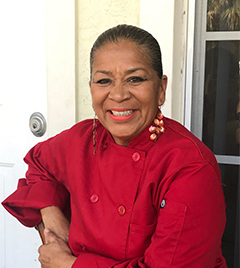 Chef Sheron Chin has followed her culinary philosophy for more than 20 years: “One eats with their eyes before their first bite.” Chin graduated from the Fashion Institute of Technology in New York City before she decided to pursue her creative career in the restaurant world. She owned several eateries in New York City, appeared on the television program “Throw Down with Bobby Flay” on the Food Network, where she defeated the star chef with her traditional Escovitch Fish, and on The Cooking Channel with G. Gavin. She then relocated to South Florida to launch Standing Ovation Events and Catering, a full-service catering operation that provides memorable food, décor, staffing, and rentals for all occasions. Her specialties include a healthy fusion of Caribbean, Southern, and Latin cuisine traditions like Pork Tenderloin stuffed with scented apricot churrasco and the Soul Sushi concept, which features collard greens, sun-dried tomato-mango pick a’ pepper drizzle, and Jerk chicken sushi rolls with mango avocado. She has a long list of prestigious clients among corporate and private entities, including the Baily Hall Performance Arts Center at Broward College, Sunshine Health, and the Florida State Minority Supplier Development Council. Chin is the recipient of the South Florida Minority Development Council 41st Gala MBE supplier of the year South Florida Minority Development Council 41st Gala “MBE Supplier of the Year” Award. 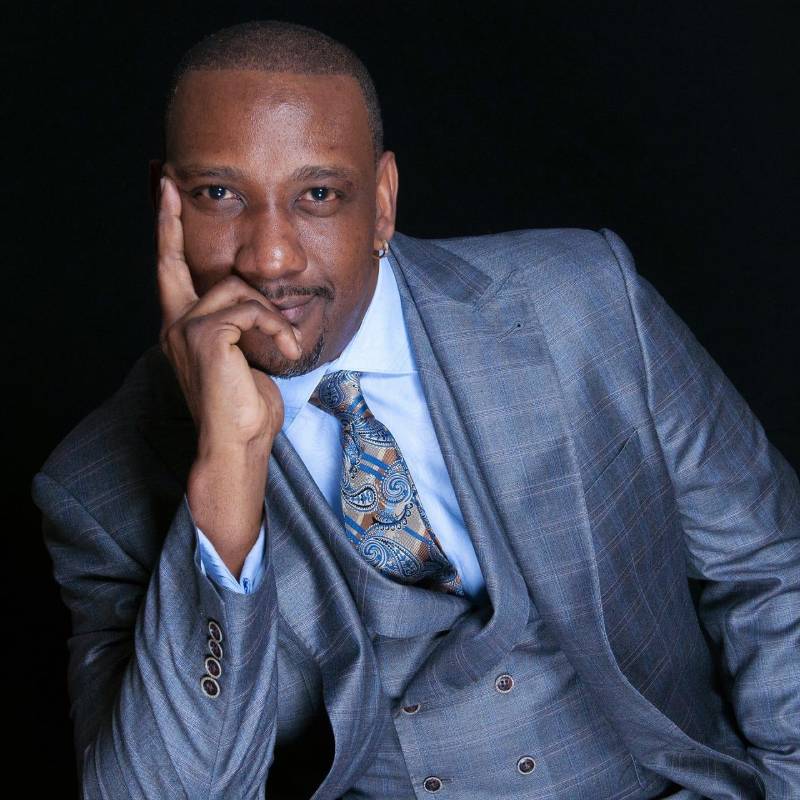 South Florida resident Hugh Sinclair, better known as “Chef Irie,” the founder and executive chef of Chef IRIE Kitchen, operates a personal-chef catering service that provides memorable food experiences for events of all kinds. The IRIE Kitchen represents years of passionate dedication from Chef Irie combined with his sense of discovery to offer the best in exclusive supper clubs, tastings, product demonstrations, event hosting, and brand ambassadorships. Migrating to South Florida from Jamaica, Chef Irie earned a BA in Architecture from the University of Florida before moving on to obtain an Associate Degree in Culinary Arts from North Miami’s Johnson & Wales University. He gained his professional experience working at some of the area’s most prestigious restaurants, including the Turnberry Isle Resort, Charlie’s Crab, Cascades, and Bimini Boatyard. His experience is a boon to clients who receive excellent food with the highest level of service. His cuisine represents a fusion of the Caribbean with influences gained from traveling throughout Europe and the Far East. Chef Irie is a former chef for the Miami Heat’s Lamar Odom and is a member of the American Personal Chef Association. He was a finalist in the Alize Mentorship Recipe Contest and in the 2004 Global Flavors Recipe Contest sponsored by the American Egg Board. Stating his food philosophy, Chef Irie said, “One cannot think well, love well, sleep well, if one has not dined well.” 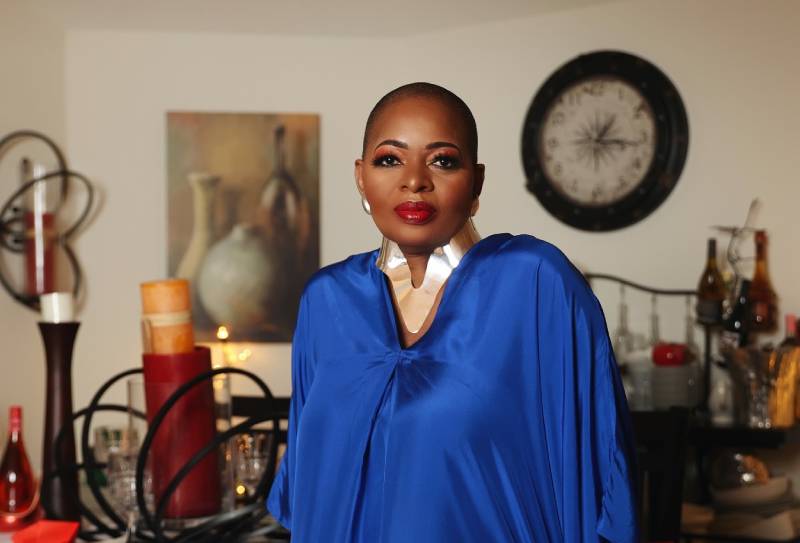 Audrey Nelson began her career in the medical field but has found business success in the education sector at the Bethlehem Junior Academy. She displayed her extraordinary strength of character following challenges presented by Stage Three cancer, continuing her education work while moving forward into the fashion and consulting space. Nelson and her mother established Bethlehem Preschool first, then opened Bethlehem Junior Academy to serve children from kindergarten through eighth grade. She often notes how rewarding it is to see her students succeed academically. Nelson has always faced her challenges head-on, and it was no different with her cancer diagnosis when she asked her doctor what needed to be done so she could get it done quickly. She said she never viewed the cancer as something that she perceived “like a negative.” Instead, she used the experience to help others. During her cancer battle, she used fashion to raise her spirits and she used the hallways of the doctor’s office as runways for her fashion show, as wearing her favorite outfits allowed her to express strength from the outside to the inside. Now, at age 60 with the fight against cancer behind her, she has a new perspective on life and in addition to working with Bethlehem Junior Academy, she plans to launch an online store and consult with women on ways to use fashion as a kind of empowerment. 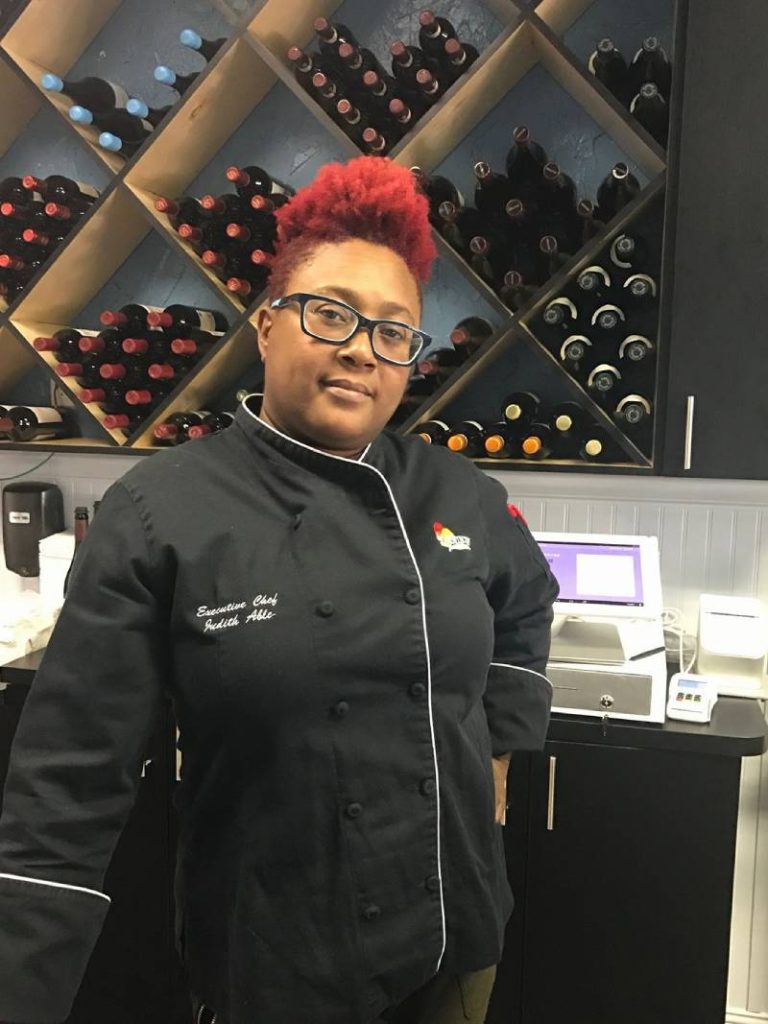 Born in Kingston, Jamaica, Chef Judith Able grew up in Portmore with her parents and six siblings in a family that enjoyed cooking and eating. Following her graduation from high school, Able used her love of social gatherings to launch her career as an event promoter. With her event business thriving, Able decided to open a restaurant and nightclub in downtown Kingston. Migrating to the US in 1986, she gained experience at other entertainment and food venues in New York, and as she discovered many of her culinary role models had attended culinary academies, she enrolled in the New York City Technical College School of Hospitality Management program and got her associate degree, then attended Baltimore International College and then to Miami’s Johnson and Wales University, where she earned both the Bachelor in Culinary Arts and a Bachelor in Food Service Management with honors. Drawing on her childhood in Jamaica and her family’s cooking experiences, Able selected Broward County as her base and worked for The Chefs Table as executive sous chef. She then took a position as executive chef of corporate catering at The Fifth nightclub in South Beach, where she prepared food for clients from Sports Illustrated and Telemundo. She is now executive chef at Seecomar’s, a premier Miami restaurant in the Karu & Y nightclub. She is also the executive catering chef for Karu and works with in-house and outside event planners. Able has appeared on the reality television show “Supermarket Stakeout” on the Food Network. She is a member of the American Culinary Association and ACF Gold Medal Winner Inter-Co11egiate Competition Garde Manger Presentation and ACF Bronze Medal Winner Inter-Collegiate Competition.