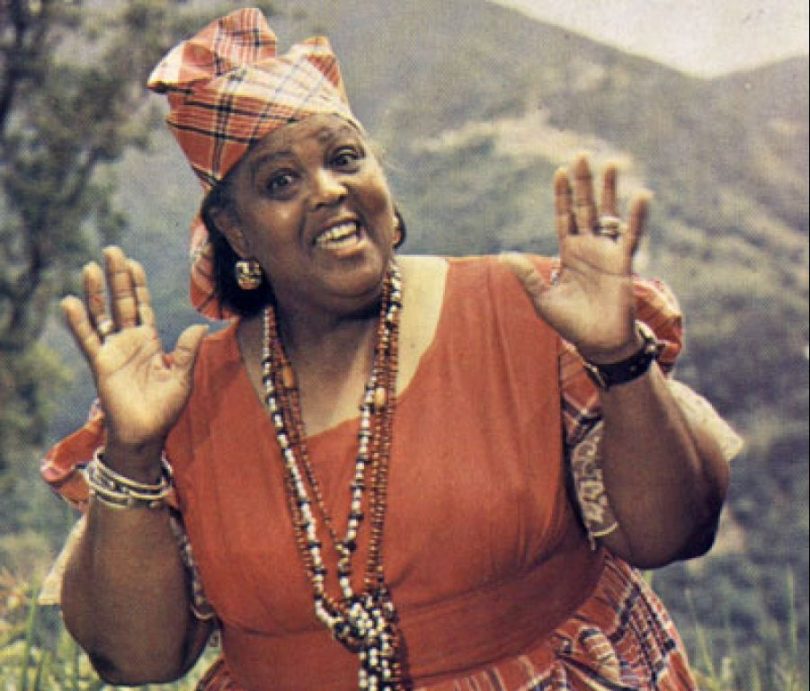 In order to promote the legacy of Jamaican folklorist Louise Bennett-Coverley, better known as “Miss Lou,” and to encourage educators to share knowledge of her work with young people, a new play entitled “Skip To My Lou-Lou” will be staged by Jamaica’s Center for Value-Based Arts. The work is part of the celebration of the 100th anniversary of Miss Lou’s birth. The organization hopes the production will also encourage older people to share their knowledge of the Jamaican folklorist with the younger generation.

The play, written and performed by Amina Blackwood Meeks, Dean Silvera, Faith D’Agular, and company, is directed by Kenny Salmon. It presents Miss Lou’s biography, her life and works, and highlights her relationship with her mother. It captures significant incidents in their relationship and displays Miss Lou’s high regard for women as well as her patriotism. The story is told via narration, music, dance, drama, and poetry. It features award-winning performances from the JCDC Festival of the Performing Arts.

Louise Bennett-Coverley was born in Kingston in 1919, and she had a love for writing and performing from an early age. She received a scholarship from the British Council and in 1945 became the first black student to attend the Royal Academy of Dramatic Art (RADA) in London. She pursued a career in broadcasting and theater in the United Kingdom before moving back to Jamaica in the 1950s where she continued to work in theater, radio, TV, and make her mark as a cultural figure. Miss Lou is best known for her promotion of “patios” the local Jamaican language and for her children’s TV talent show “Ring Ding,” which was broadcast on the Jamaica Broadcasting Corporation Network from 1970 to 1982.

During the last ten years of her life, Miss Lou lived in Scarborough, Ontario, Canada. She died on July 27, 2006 at Scarborough Grace Hospital. She had a state funeral in Jamaica and was interred in National Heroes Park in St. Andrew.

The production of “Skip to My Lou-Lou” will open on October 28, 2019, at the Center for Value Based Arts at the Coke Memorial Church in downtown Kingston. The location is linked to Miss Lou as she performed their when she was young. Performances for schools are scheduled for October 29, 30, 31 and November 1 at 10:00 am daily.