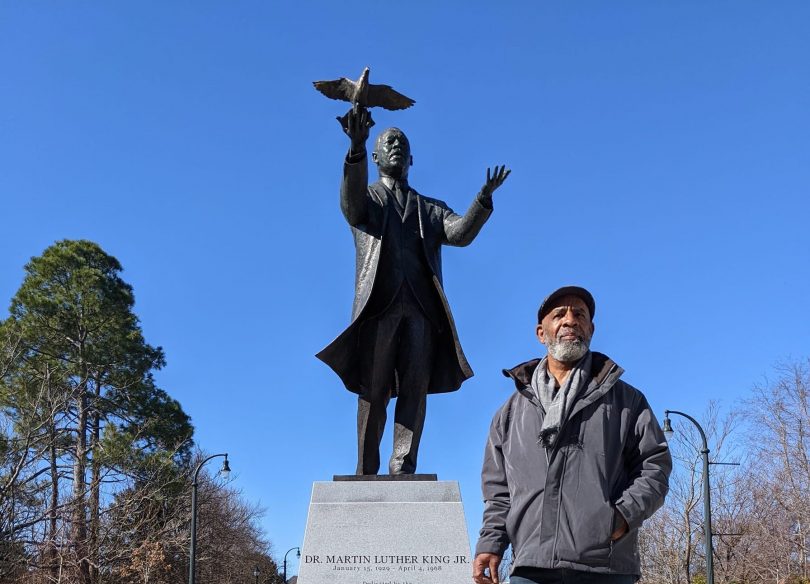 In what Atlanta Mayor Keisha Lance Bottoms called a “fitting and timely tribute to Atlanta’s son,” the city of Atlanta, Georgia, installed a new bronze sculpture of Reverend Dr. Martin Luther King, Jr. on January 14, 2021. The sculpture by Jamaican-born sculptor Basil Watson is titled “Hope Moving Forward” and is located near Mercedes-Benz Stadium at the intersection of Northside Drive and Martin Luther King, Jr. Drive in Atlanta. The sculpture, which is 12 feet tall is part of the city’s MLK Innovation Corridor Project and the first of seven planned installations meant to honor the legacy and worldwide influence of Dr. King. The base of the statue features a quote from Dr. King, which states, “Darkness cannot drive out darkness; only light can do that.” 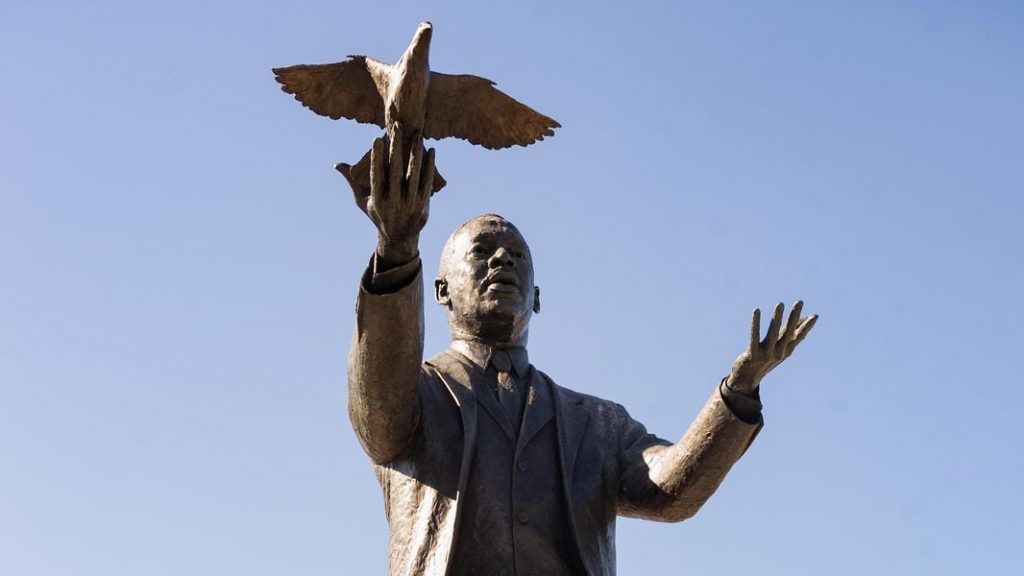 It was appropriate for a Jamaican sculptor to create the new monument as Dr. King made a notable visit to the island nation in 1965 where he emphasized how “at home” he felt there. “In Jamaica, I feel like a human being…” King said at the time. He then returned to Jamaica in 1967 for a vacation in Ocho Rios, where he finished writing his book, “Where Do We Go from Here: Chaos or Community.” In 1968, Dr. King’s widow, Coretta Scott King, told an audience in Kingston that her husband had “a great affection for you as a people and was greatly inspired” by Jamaica’s motto: Out of Many, One People. 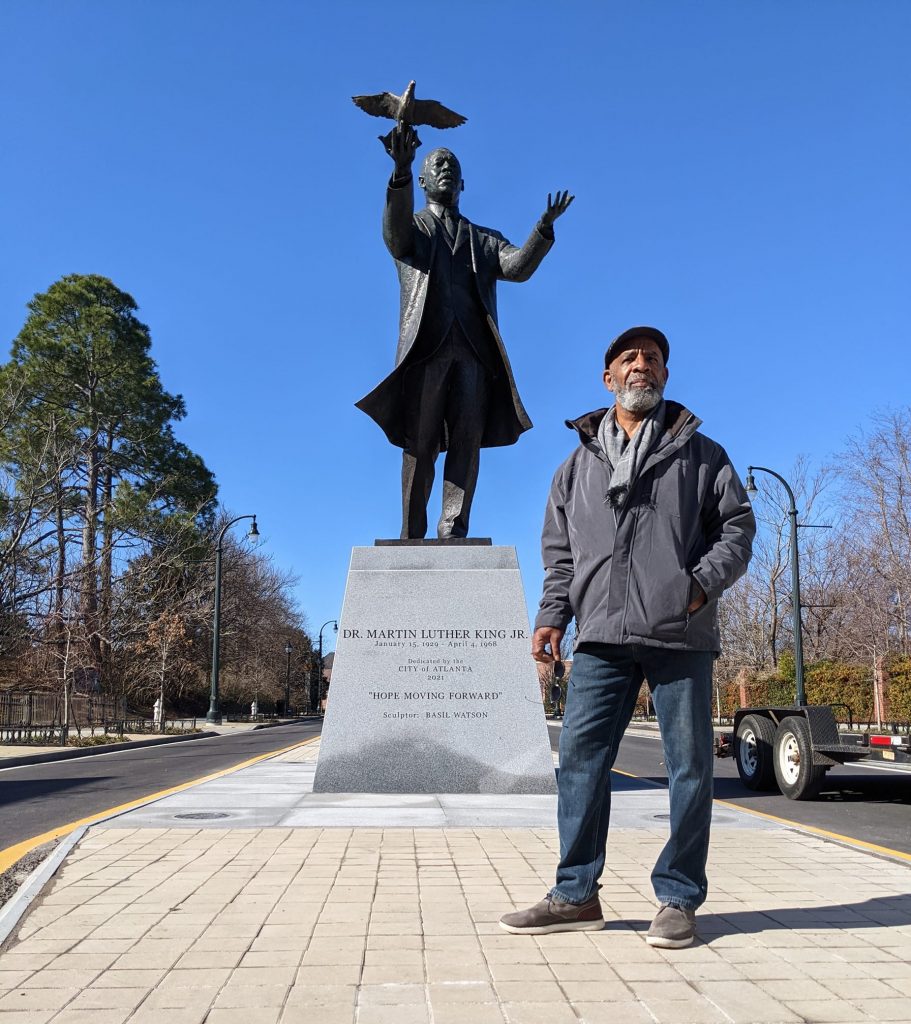 Watson was not intimidated by the project and said he felt totally up to the challenge of creating a work that carried the expectations of the city and people of Atlanta. His statue of “Miss Lou,” otherwise known as Louise Bennet Coverley, a beloved Jamaican writer, educator, and folklorist, was installed in Gordon Town Square in St. Andrew, Jamaica, to high praise. His statue of Jamaican Olympian Shelly-Ann Fraser-Pryce, which he created for the Heroes Walk in Kingston’s Emancipation Park, was also very well received.

Commenting on the new monument, Mayor Bottoms noted, “Atlanta is the cradle of the civil rights movement and is the birth home and final resting place of Dr. King. Erecting this sculpture underscores our administration’s commitment to creating our vision of One Atlanta while celebrating Dr. King’s dream of a beloved community.”