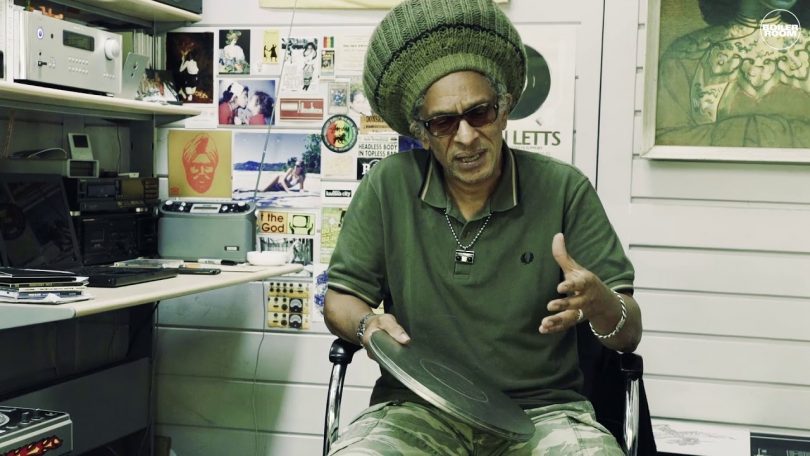 On January 10, 1956, British-Jamaican film director, deejay, and musician Don Letts (Donavon) was born in London, England. Letts first became famous as the videographer for The Clash and directed a number of the band’s music videos in 1984. He is the co-founder of the band Big Audio Dynamite, along with Mick Jones, the guitarist for The Clash. Letts directed music videos for Musical Youth, The Psychedelic Furs, The Pretenders, and Elvis Costello as well. He also directed the documentaries “The Punk Rock Movie” in 1977 and “The Clash: Westaway to the World” in 2000.

Letts was educated at Tension’s School in Kenning ton in 1975, and he operated a clothing store in London called Acme Attractions, where he was employed selling “electric-blue zoot suits and jukeboxes, and pumping dub reggae all day long.” Letts was inspired by the music of Jamaica, his parents’ homeland, especially the music of Bob Marley. After he saw Marley at the Hammersmith Odeon in June 1976, he found a way to sneak into the hotel to spend the night talking with and befriending Marley. Acme attracted several popular punk bands during the mid-1970s, including The Clash and the Sex Pistols, as well as musicians Chrissie Hyde, Patti Smith, Deborah Harry, and Bob Marley. Prompted by the people frequenting Acme, promoter Andy Kieslowski established the London nightclub The Roxy when the original punk scene began in England. Since few of the punk bands of that era had recorded yet, Letts played dub and reggae records in his deejay sets and is sometimes credited with introducing these genres to London punk fans. Dub and reggae influenced The Clash and other bands as a result.

He used his experiences at Acme and deejaying to make his first film “The Punk Rock Movie” in 1978. Letts left his retail business to manage The Slits band and arranged for the band to open for The Clash in the White Riot tour. While on that tour, he decided to leave the manager role and shot a video for his first film instead. Letts traveled to Jamaica for the first time after the Sex Pistols disbanded. Johnny Rotten, wanting to leave the media frenzy in the UK, decided to go to Jamaica with Richard Branson, a trip that inspired Branson to start up Virgin’s Frontline reggae record label and brought Letts in. “ I guess he thought that since I was black and Jamaican – well, sort of – he’d be in good hands. Little did he know that the closest I’d been to Jamaica was watching The Harder They Come at the Classic Cinema in Brixton,” Letts said later.

Letts recorded an EP called “Steel Leg v the Electric Dread” in 1976 with Keith Levene, Jan Wobble, and Steel Leg. When Mike Jones left The Clash, Letts and he founded Big Audio Dynamite in 1984. Letts formed Screaming Target in 1990. In 2009, Letts had a role presenting a weekly BBC show, Radio and Music.