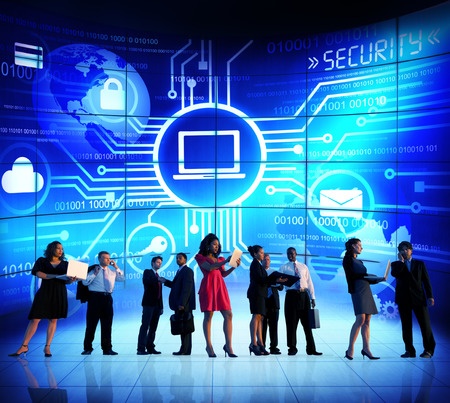 A few months ago I attended the American Black Film Festival and it was there I realized I’m officially an old person. The world has gone digital while I’ve been sitting in my rocking chair drinking mint tea, and watching television on a square screen with a giant box behind it. Even while my workaholic self misses most of my shows when they air live and catches them online days or weeks after, I’ve refused to accept that real media is now as strong in the online world as it is in broadcast radio and television. But alas my friends, it is!

I saw young entrepreneurs who have segued their online TV shows into financially sustained pay-per-view and subscription platforms, web content creators who have parlayed their online followings into collaborations with powerhouses like Shonda Rhymes, and I learned that random personalities who have 100,000 social media followers can be more marketable to a network than classically trained thespians.

In our Caribbean community we’ve seen some amount of success from comedians like ‘Dutty Berry’ who rose to internet fame with comedic commentary during Tessanne Chin’s stint on the Voice, New Yorker ‘Majah Hype’ whose satirical impressions of accents from every major English-speaking Caribbean country is beyond belief, and most recently comedienne ‘Bella Blair’ whose Jamaican soliloquies on subjects from Obama to “farin travel” keep West Indians who understand the lingo, in stitches.

But as we figure out how to build our digital empires, it’ll be interesting to see how we engage effectively, monetize and turn our four minute videos into thriving businesses. It’s great to have a little bit of fame, but like the entrepreneurs I saw at ABFF, I hope we can figure out how to transcend the cool and the hype, and become the legitimate and paid.