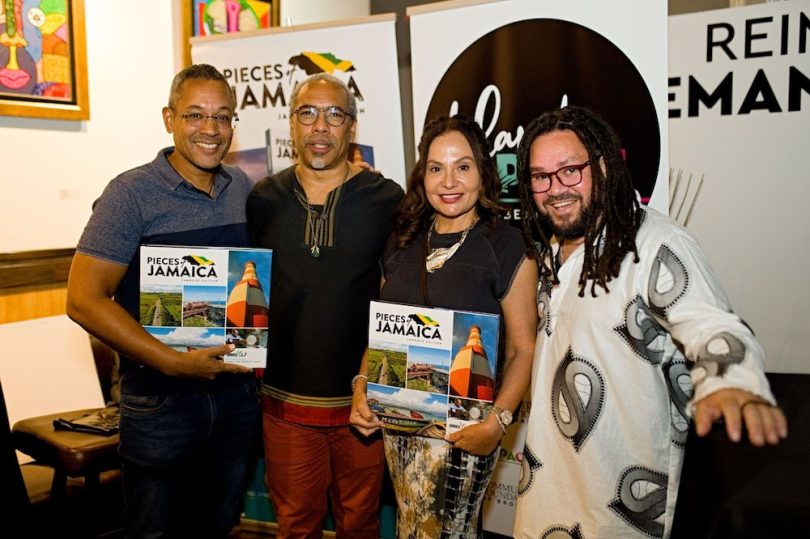 Jamaican co-authors David I. Muir and Sean “IYA” Henry were greeted by a packed house on October 8th at Island SPACE Caribbean Museum for the authors’ first book signing together for their new coffee table photo book, Pieces of Jamaica®: Jamrock Edition. The book signing attracted an auspicious crowd of diaspora members and fans of brand Jamaica who enjoyed autographs, live music and emotional highlights. 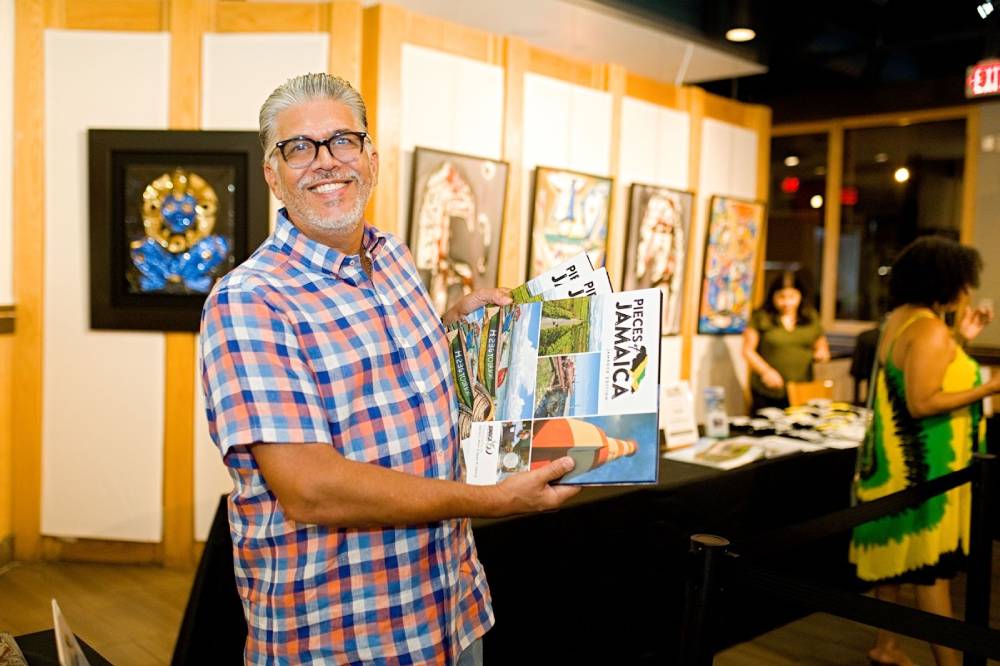 Three is better than one! Charles Wood took home three copies of Pieces of Jamaica

The book, described by Henry as “a visual ode to the land we love,” was published in celebration of Jamaica’s 60th anniversary of independence, and is expected to be a popular Christmas item for Jamaica-loving audiences. Attendees laughed, cried and reminisced, as they flipped through its colorful pages. They were touched by the more than 250 images of the island, depicting visuals from iconic locations to natural wonders, colonial legacies, cultural capital, country roads, urban vistas, smiling faces and much more. Guests also commented on how much they learned from the historical tidbits that accompanied each photo. Impressed by details like the miniature maps that highlighted the parish location of each shot, and amused by the song quotes and “Jamaicanisms” scattered throughout, many could be seen pointing and smiling, then doubling back to purchase additional copies as gifts for family and friends. 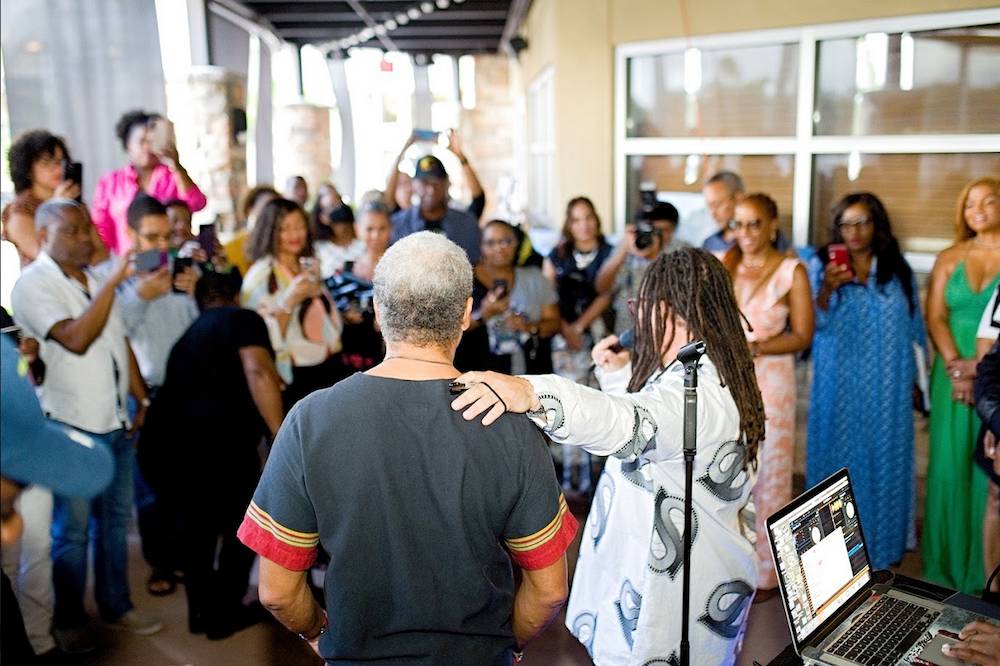 One attendee called the book, “a work of art… a magical journey through our island nation of Jamaica via the most exquisite pictures.” Another said, “I love the photos. Pieces of Jamaica® is a fantastic display of places and scenes in our beautiful island, some of which I have seen and others I yearn to visit.” Yet another commented, “Stirs up so many memories and yearnings to go home to learn more places.”

Both authors signed copies while chatting and taking photos with guests who gleefully shopped for Pieces of Jamaica® books, t-shirts, and paper and canvas prints reflecting some of the publication’s most striking visuals. Notable attendees included Andrea Chase of the Jamaica Tourist Board (a sponsor of the project), Miss Jamaica World 1982 Cornelia Parchment, Neki Mohan of Visit Lauderdale, and Christopher Barnes, COO of the RJRGLEANER Communications Group and managing director of The Gleaner Company (Media) Limited. Violin virtuosos, Sons Of MyStro, along with DJ Venimis, G Cole and Big-G provided musical entertainment for the festive affair. 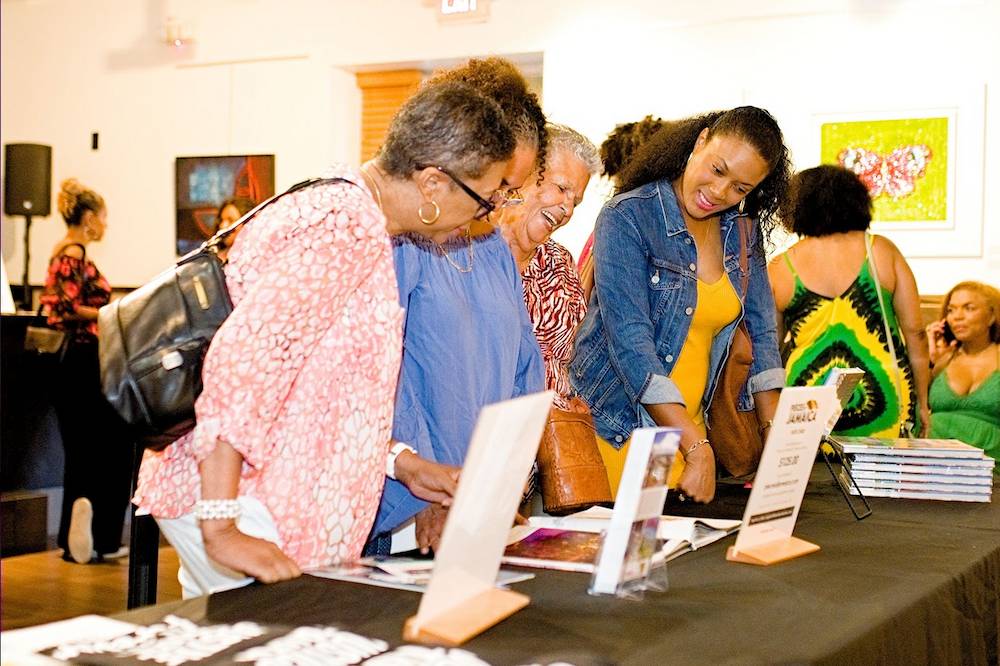 Event goers enjoy the anecdotes and “Jamaicanisms” as they flip through the book.

This first South Florida book signing event was just the start of the Pieces of Jamaica® tour across the United States, with book signings at various Barnes and Nobles and other locations planned for upcoming months. All Pieces of Jamaica® products and merchandise are available at piecesofjamaica.com and select options are available at online and retail partners in Jamaica and the US, with Canada and UK outlets coming soon. Interested fans can join the mailing list for updates and learn more about the book, merchandise, bulk sales, upcoming events and sponsorship opportunities at piecesofjamaica.com. 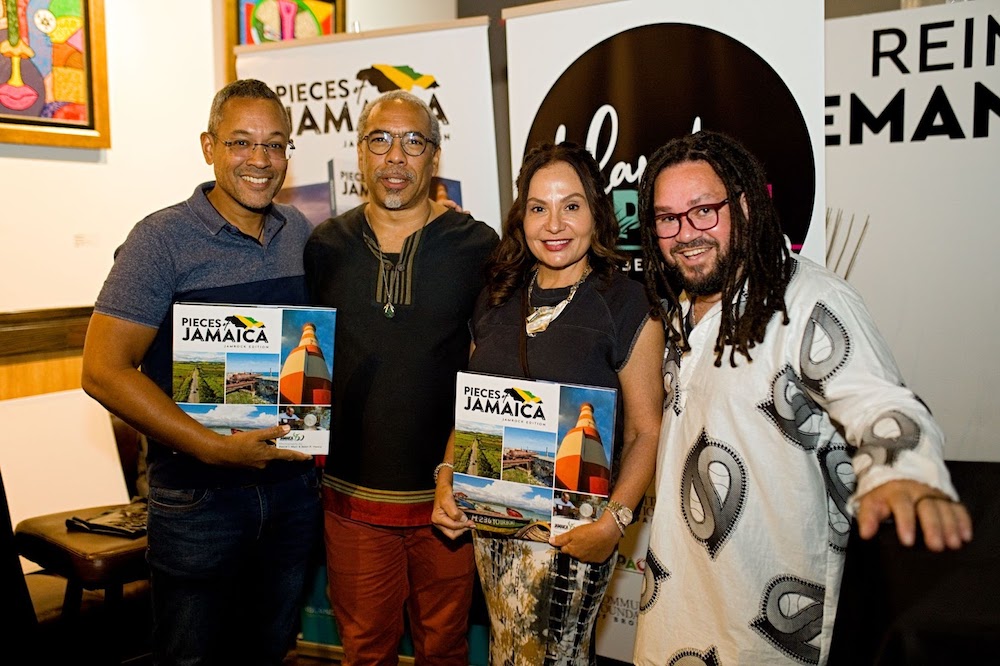 Jamaicans at home can meet the artists and purchase their books on Saturday, October 22 at Sovereign Centre, Shop 38, Kingston 6 from 3pm to 7pm.