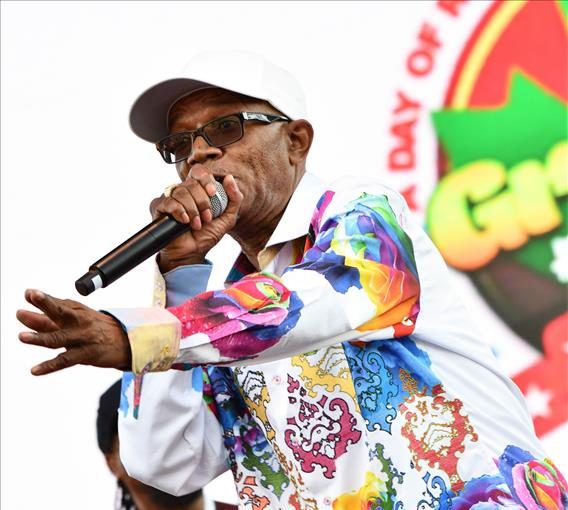 Groovin in the Park, the largest east coast reggae theme concert on North America, on Sunday, June 30, 2019, in Roy Wilkins Park, in Queens, NY was the biggest and most successful ever. The promoters delivered a special and different show. 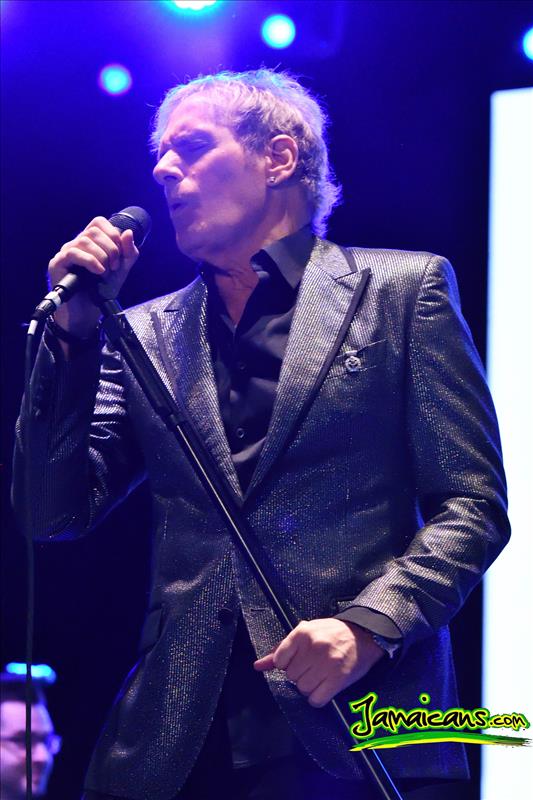 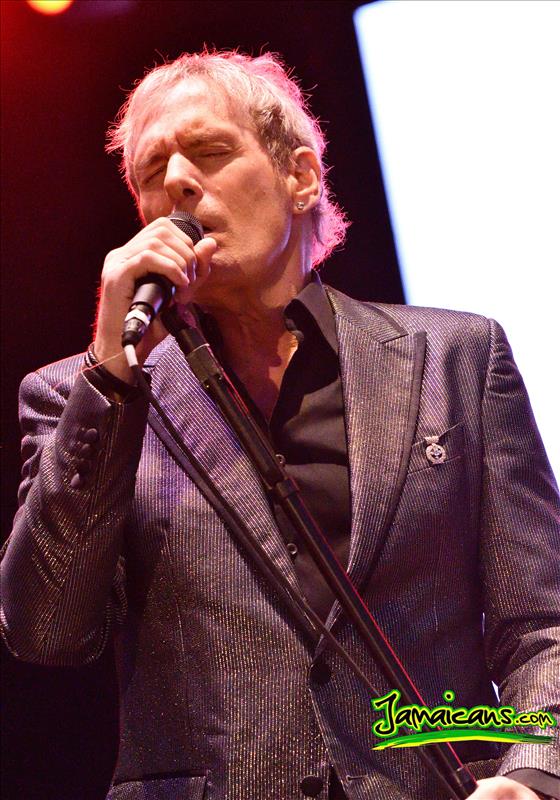 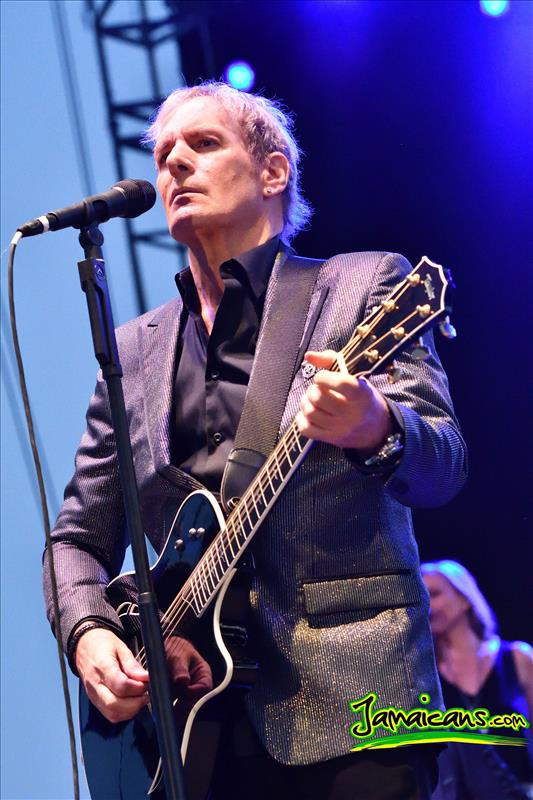 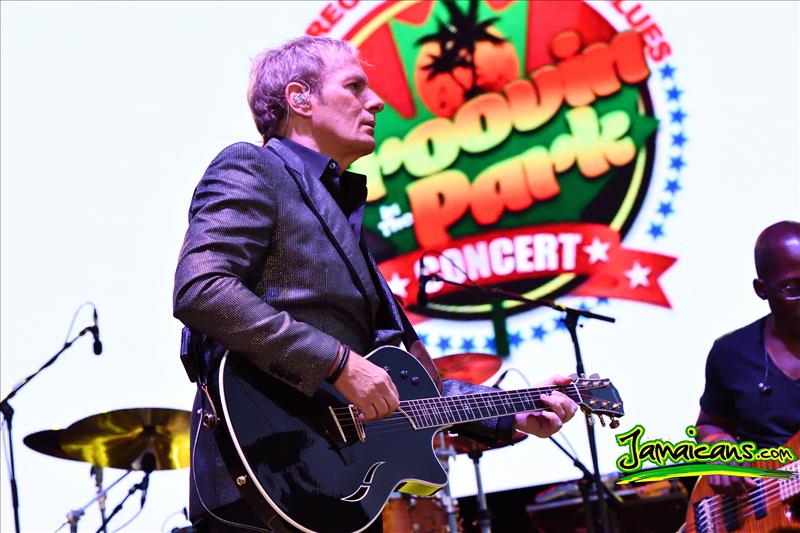 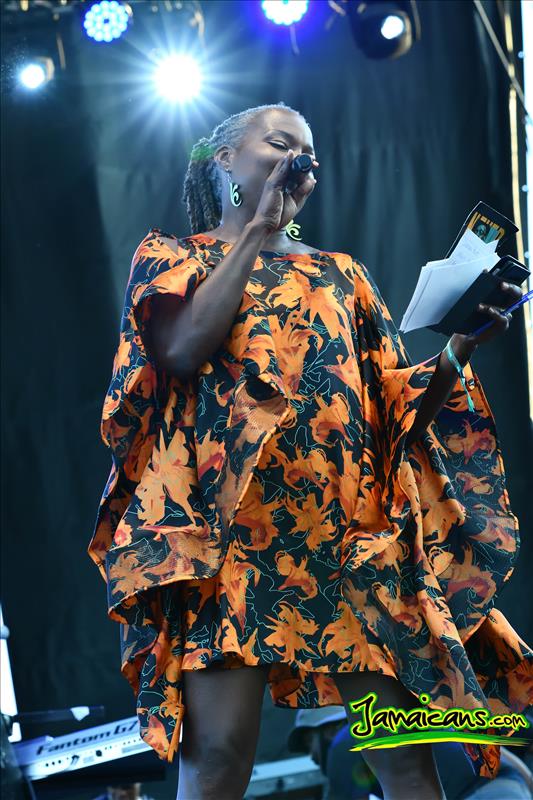 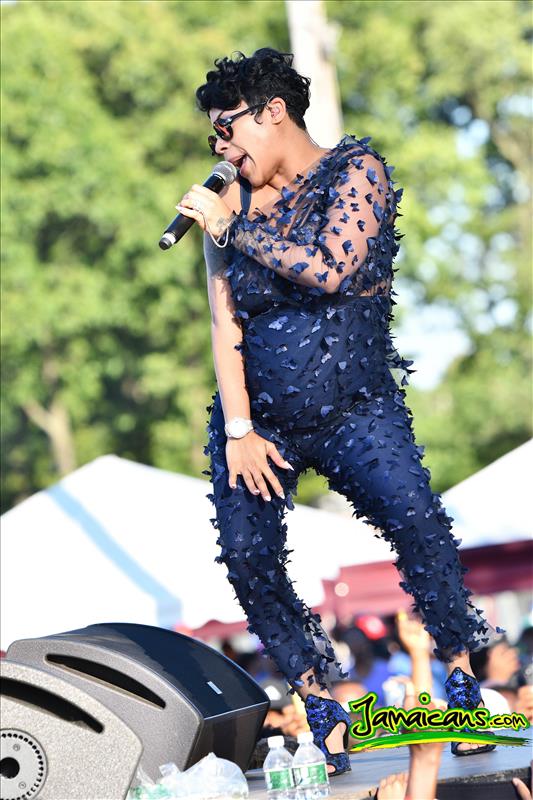 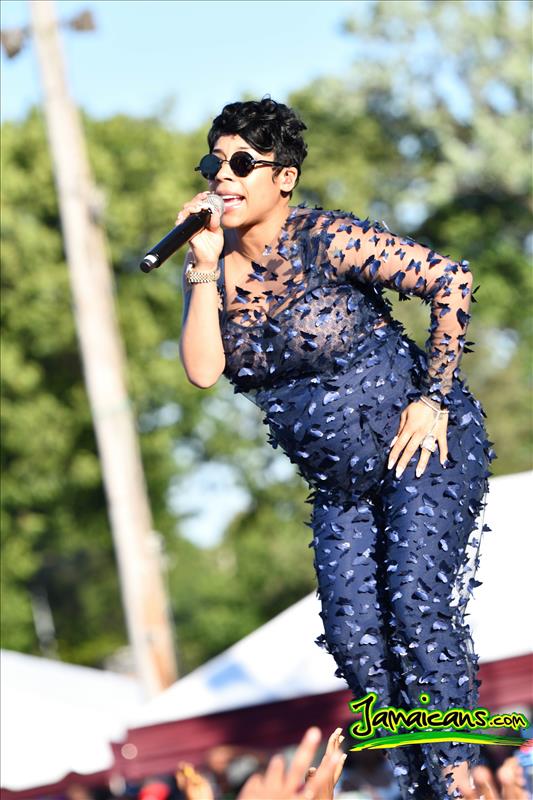 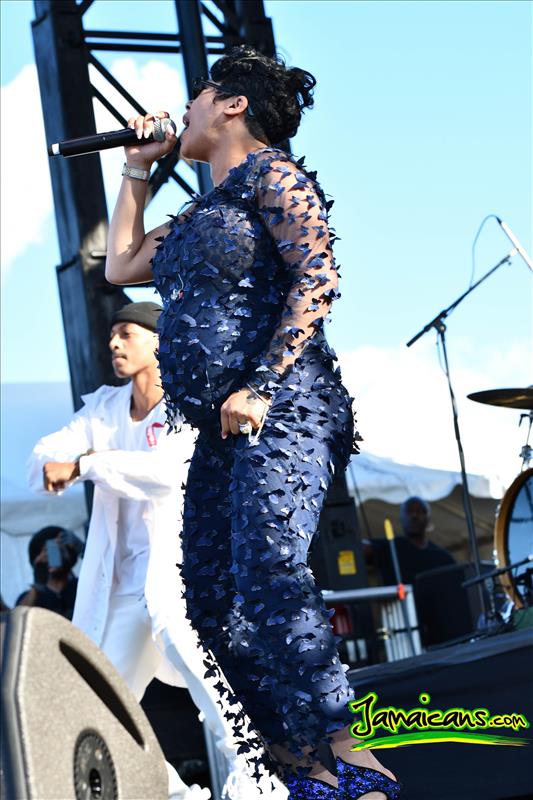 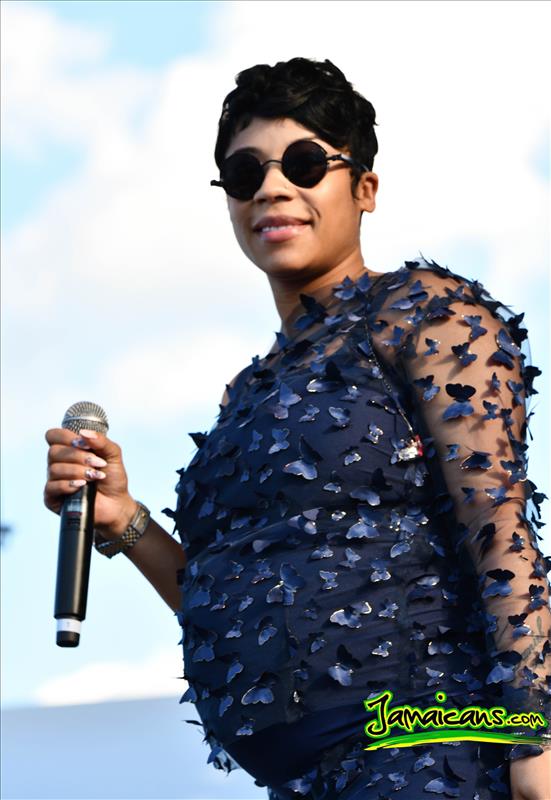 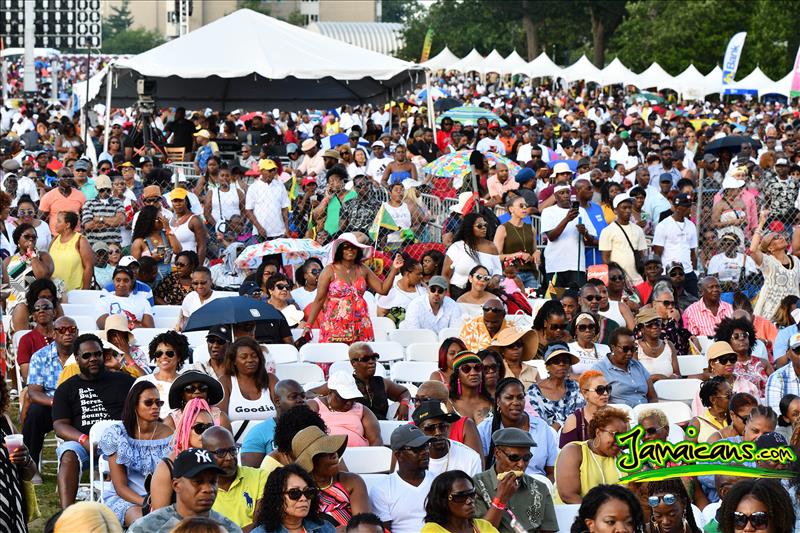 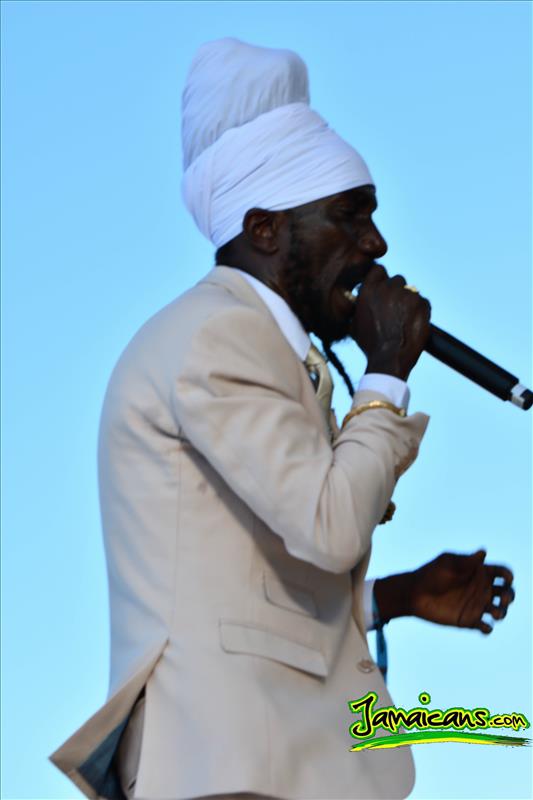 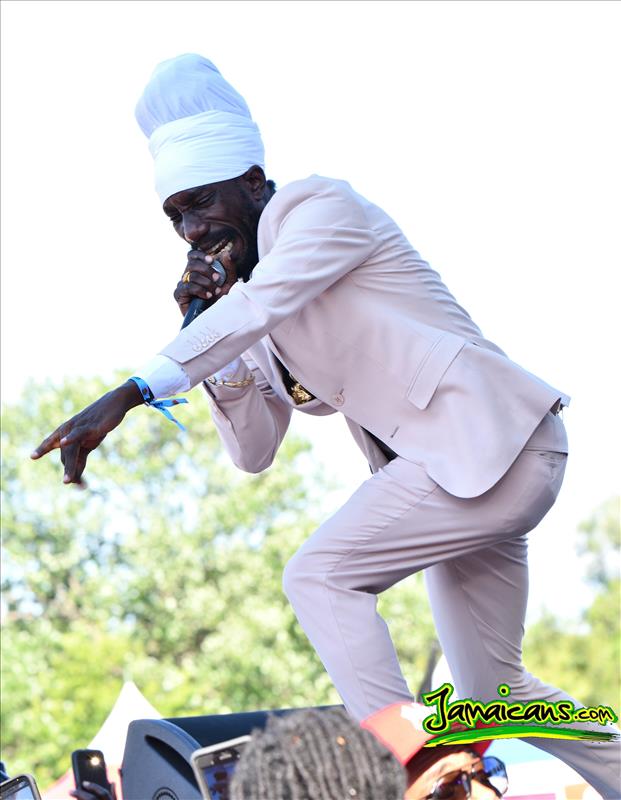 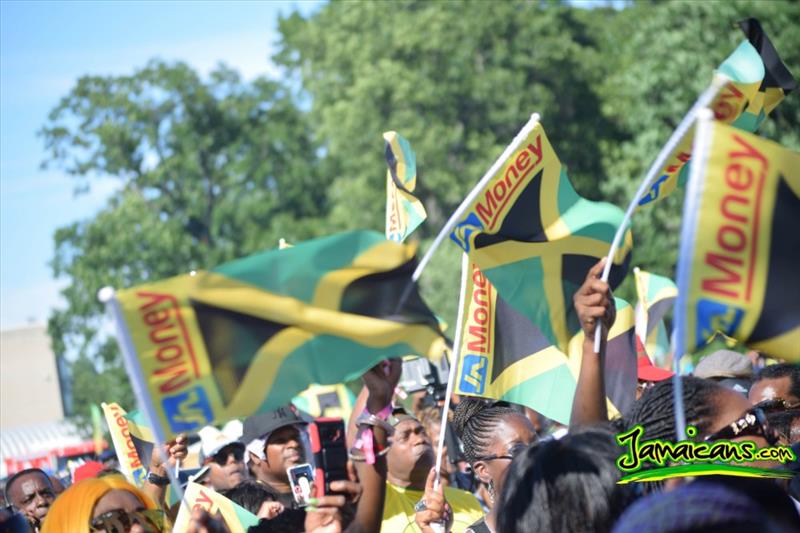 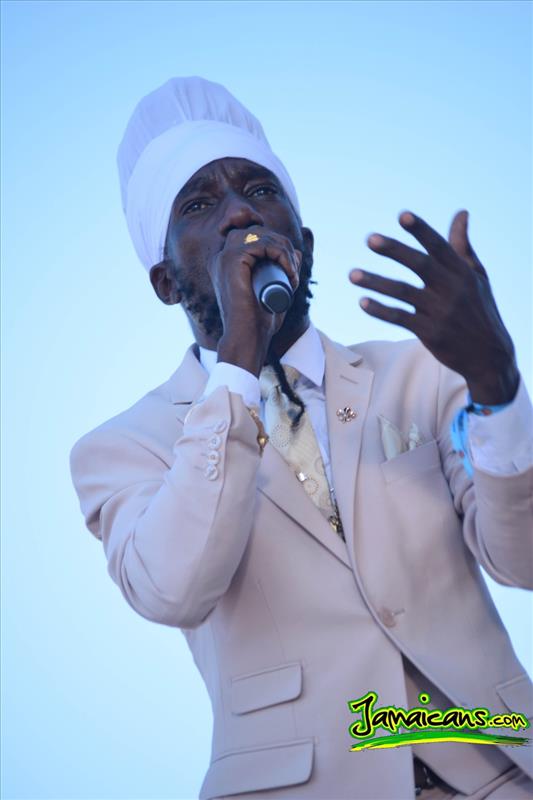 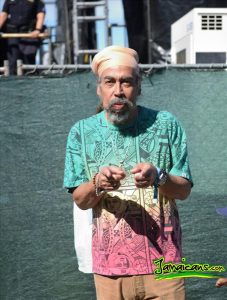 The warm weather and lightning flash flood set the tone for evening’s entertainment. Opening front stage with roots and quality were the reggae ambassadors 3rd World. Cat “Johnny Tiger” Coore and AJ “Boots” Brown, gave 45 minutes of quality grown folk’s music.’  Including new music’ ‘Loving You is Easy’ from their upcoming album. The pallet pleasing diet included ‘Now that we found Love’, ‘Reggae Ambassador’, ‘Forbidden Love, ‘Roots with Quality’ ‘Sense of Purpose’, ‘96 Degree in the Shade’, and ‘Try Jah Love’. I walked the park families and revelers rocking and singing. The last time ‘Worlders played this park, the dancehall audience was not welcoming.

Firebrand DJ Sizzla Kalonji was the flash flood and lightening., Dressed in a white turban and pale powder pink suit, the wire-framed chanter, DJ/singjay Sizzla, from my historic hometown, August Town aka freedom hill opened with Rastaman Chant His entire fever pitch set, in contrast to 3rd World’s cool meditation music, was an animated, high energy and intense as he frantically prowled the stage. His fan base in the park shared their enthusiasm and showed appreciation. The set punctuated by cries of “More Fire” throughout as his falsetto and screams was in sync with his willing audience. The lyrical Rasta chanter blazed through hits. ‘Dem a wonder’, as he roundabout Jerusalem, he warned ‘there is nothing in them system…. So get some ‘good ways… to give you length of days’. And ‘praise ye Jah’ because my ‘words are divine.’ ‘To the ills of society, “you got to be strong’ while ‘holding firm’… by remaining ‘solid as a rock’ against pedophilia, crime, and violence. ‘Because you ‘can’t keep a good man down.” To the ladies, it was ‘woman I need you’ and ‘Black woman and child’. Kalonji closed with his monster hit ‘Dry Cry.’ 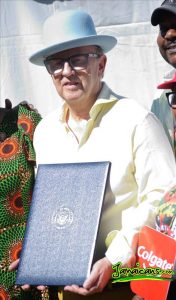 The special feature was exciting as it was new. David Rodigan vs. Barry G. ‘chune fi chune’ clash morphed into history music lesson and audience sing long. Rodigan style stage histrionics, blend with Ska, “My boy Lollipop” to Rock Steady, Reggae classic ‘Sattamasgana, to dubplate specials took the multiracial audience on an odyssey. Yes; there was an appreciable amount of whites in attendance this year. 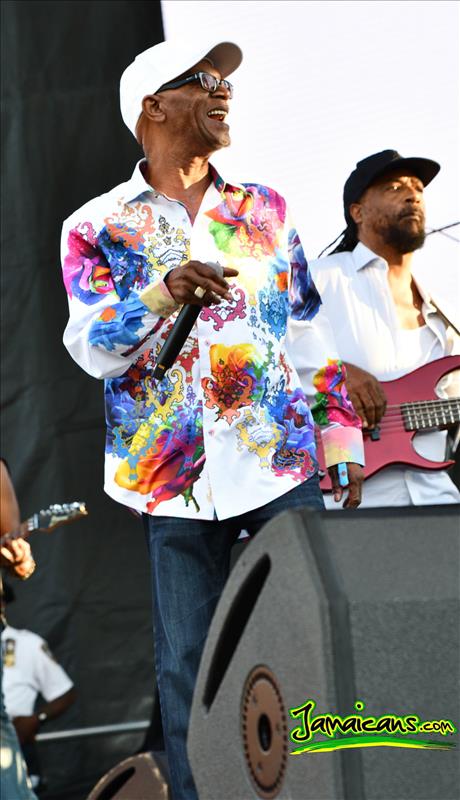 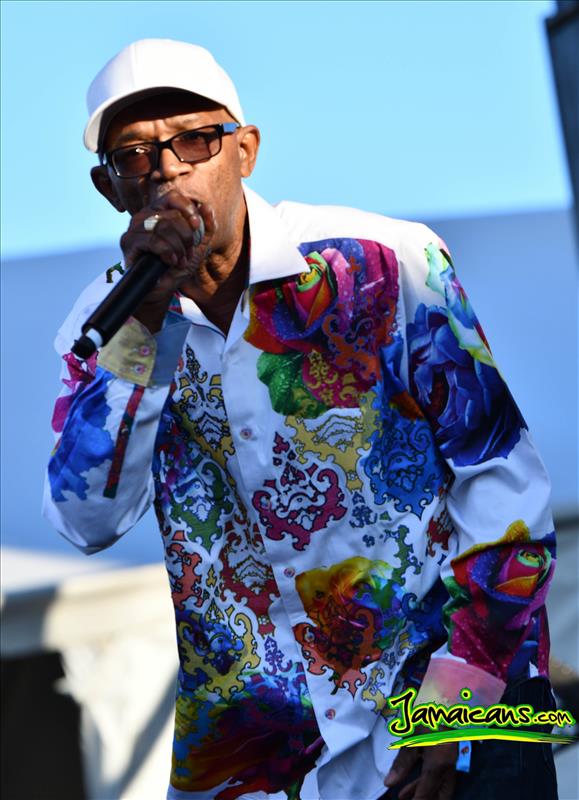 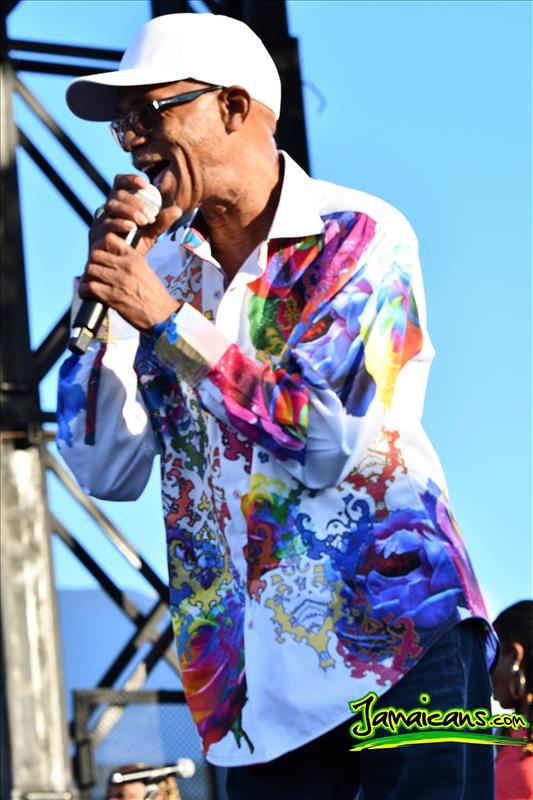 Entering to the front stage to thunderous applause, as he sang ‘Every time I think of Saying Goodbye’ on the “Sea of Love Riddim“ Beres could do no wrong. With a combination of acapella, sweet melodic harmonies from his backup singers, a series of medleys he wailed cajoled and his audience. Reeled of the hits from his considerable catalogue of songs such as “ What Can You Do To Stop a Man From  Trying”, “Come Back Home”, “Step Aside”, “One Dance”, “She Loves Me Now”, “Falling in Love”, “Love From a Distance”, “I Feel Good”, “Can You Play”, “No Disturb Sign”, “Love Means Never to Say You’re Sorry, and  “Double Trouble”, Beres’ was enthralled.

Next up was R&B songbird Keisha Cole, looking very pregnant her three-song set was heightened by her DJ who kept the crowd rocking.

Michael Bolton debut at Groovin in 2015. Then he created a lasting impression and left the fans wanting more.  This time around his set was abbreviated by time restrictions. It’s hard to imagine a more comfortable setting for a perennial Caribbean favorite, Michael Bolton, who made his name sing great Rhythm & Blues classics than the open-air, park in Queen in New York on Sunday evening. Its end of June, school is out and the summer vibes were in the air. From graybeards to grandmother, teens to grandchildren everyone seemed not to care about the lateness of the Sunday night. With his devoted fan base, who stayed despite the lateness of the evening and a long day the half-filled park was all Bolton needed. Knowing how well his audience loves him and Bolton he obliged them to join as chorus and harmony singers. They willing obliged else. On “To Love Somebody”, had the crowd singing line by line.

He invited Bronx native Amanda Brown to do duets on ‘How am I Suppose to Live Without You”, and the Motown classic, “Ain’t No Mountain Height Enough.” Closing the evening with three favorites, “When a man love, Love a woman” Percy Sledge, To love somebody, and Talk about Love”. His shortened set was sweet and no less entertaining than 2015.