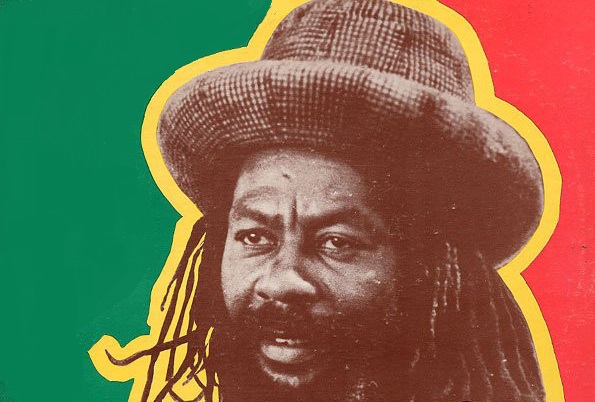 On September 21, 1942, musician U-Roy, best known as the pioneer of toasting, was born in Jamaica. Toasting is a style of lyrical chanting which, in dancehall music, involves a deejay “chanting” (talking) over a riddim. Jamaican-born toaster DJ Kool Herc brought the style to Queens, subsequently setting the stage for the birth of rap and hip-hop.

Although he makes his home in California, U-R0y frequently travels back to Jamaica where he owns a sound system. These mobile deejay set-ups were popular in the 1960s in Jamaica and moved through the island providing music for dances in various neighborhoods.

U-Roy was born Ewart Beckford in Jones Town, St. Andrew, His family was very religious and musical. His mother played the organ for the choir at a local Seventh Day Adventist church. His professional name, U-Roy, came from one of the younger members of his family who could not pronounce his first name of Ewart.

At the start of his professional career, U-Roy was inspired by Count Matchuki. He began as a deejay in 1961 on the sound system of Dickie Wong. He then worked on the sound system of Sire Coxsone Dodd. Following this, U-Roy worked with Sir Percy and ultimately with King Tubby’s Hometown Hi-Fi sound system. His first single in 1969, “Dynamic Fashion Way,” was produced by Keith Hudson. This was followed by the production of “Earth’s Rightful Ruler” with Peter Tosh by Lee “Scratch” Perry. The Jamaican singer John Holt of the Paragons heard U-Roy in 1970 and told Duke Reid about him.

Rastafarianism has been part of U-Roy’s lyrics from the beginning of his career. The 1969 recording of “Earth’s Rightful Ruler” starts with a profession of the Rastafarian faith given in Amharic, the language of Ethiopia.

When U-Roy became a deejay at the age of 14, deekjays were local stars known for their talents at introducing records and “toasting.” His big break came when he was heard by King Tubby, the owner of one of the most successful sound systems on the island. King Tubby is credited as being the creator of “dub,” the bass-driven and echo-laden remixes used in popular reggae songs.

Toasting has been utilized in many different ways, sometimes chanted over a drum beat, and integrated into various forms of Jamaican music genres, including ska, reggae, dancehall, soca, bouyon, and dub.

Because the dub versions allowed U-Roy to perform long periods of toasting, audiences were exposed to the inventiveness of his raps, and he became well-known. The first three recordings he released became hits in Jamaica and took the top three sports on the local charts for weeks. The releases included “Wear You to the Ball,” which rose to Number 1 and which has been covered by UB40.

U-Roy has continued to make breakthroughs in his art, and his distinctive style has been imitated extensively. While not well-known internationally, U-Roy is widely recognized as a pioneer of toasting, which has been called a “precursor” of the modern dancehall genre. Shabba Ranks, on the top dancehall stars, is a “graduate” of U-Roy’s Jamaican sound systems.

Describing his own lyrics, U-Roy said that he just talks about unity among people and doesn’t try to put anybody down. “Violence is very ugly and love is very lovely. I never been to college or anything like that, but I have some common sense, and what I learn I just make the best of it, you know,” he said.

In 2007 U-Roy received the Order of Distinction from the Jamaican government for his contribution to music.