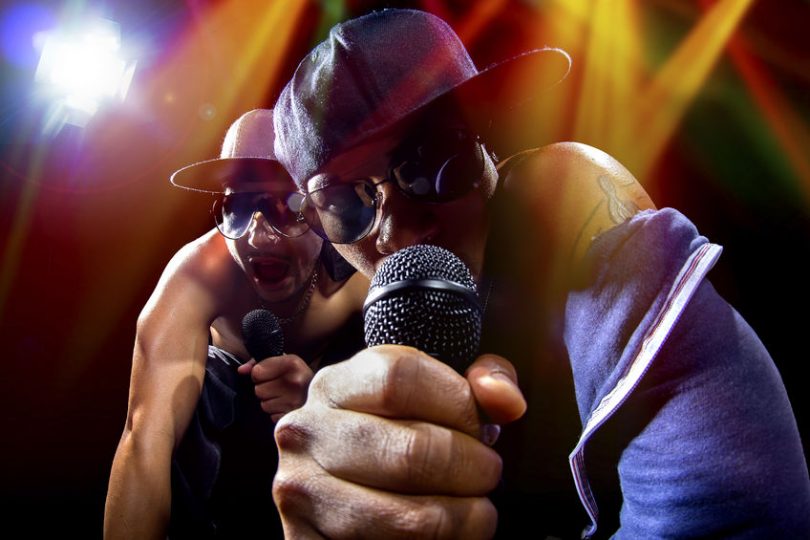 When did Jamaican dance hall reggae become rap? Are we not putting the carriage before the horse? Contrary to what many may say Rap can trace its origins directly from Jamaican Dub Reggae & Jamaican style toasting. It is a fact that isn’t talked about by many in the main stream media but many of the early pioneers (DJ Herc) and newer rappers (Busta Rhymes, Notorious B.I.G and Redman) in the American rap era are Jamaican immigrants or children of Jamaican immigrants in NY. One does not have to look very far to see the relationship between the two as we now see rap and dancehall reggae merging. This would not be possible if there were not the similarities as the child is now beginning to return to the parent. Jamaican dejaying came out of a form a rhyming and talking over music called “Toasting”. Rapping began as a variation on the toasting

Jamaican sound systems (Mobile Discotheques) have been toasting since the early 50’s, 60’s and 70’s. Jamaican toasting was developed at blues dances which were free dances mainly in Jamaican ghettos where sound systems battled each other playing American R& B, Jamaican Ska and Rock Steady. Popular dance venues included Foresters Hall, Twary Crescent (Duke, Sir Cox Sound, King Edwards, Mighty Bell), & Central Road. Surprisingly some of the earliest signs of toasting can be found in songs by folk historian and entertainer the Honorable Dr. Louise Bennett-Coverley fondly known to many as “Miss Lou”.

The sound systems had a Deejay whose primary responsibility was to play the records and then there was the MC who was responsible for setting the mood with the crowd by “toasting”. Record producers used to leave one side of a new 45 with just the instruments or “rhythm” which was called “the version of the song”. These versions are where many of MCs of the sound systems in Jamaica would do a rhyme or toast to entertain the audience. MC’s would battle each other (just like rappers did) to see who could do the best rhyme or toast. They would cover topics ranging from what people were wearing at the dance, to culture, politics and commentary. Like the early beginning of its predecessor rap; most of it was good natured and humorous. The rhyme started with phrases like ‘wuk it up man’.

Ewart ‘U-Roy’ Beckford, King Sporty, Dennis Alcapone, Scotty, Prince Buster, Sir Coxsone, Duke Reid are all early leaders in toasting in Jamaica. They would be followed later by deejays like Big Youth, Jah Stitch and I Roy. They were followed by Yellowman, Charlie Chaplin and General Echo.

Duke Reid was one of Jamaica’s most popular early DJ’s. He was known to wear outrageous costumes. His most popular costume was a dark cloak where he hid his cowboy holster and guns. You could also hear “toasting” on the radio during 1958- 1959 on the Treasure Isles time Radio Program with King Sporty.

Many of the artists involved in the birth of rap in New York were either Jamaican or have Jamaican parentage. The seeds were planted for rap music when Jamaican Clive ‘Kool Herc’ Campbell migrated to the Bronx NY 1967 at age 13. He put together a sound system patterned off what he saw growing up in Jamaica and started to draw crowds to his dances. Influenced by the Jamaican style of toasting he used this technique on American R&B, funk, disco, soul and funk. During the song’s 30-40 sec instrumental break he would “toast”. He realized he needed a way to extend the instrumental break so he started to experiment with 2 turntables. He was the first to use two turntables techniques to extend the break by playing the same record. This allowed more ‘toasting’ which like its Jamaican counterpart encouraged people to dance. He pioneered “breaks” in songs. He recruited dancers as a part of his MC dance team. These dancers would be featured mainly during the breaks and would later be called break-dancers. Campbell was just one of the many Jamaicans who influence rap directly.

Today we have Beenie man, Elephant man and Sean Paul who are now influencing Rap. Without a doubt Jamaican deejay style was the foundation for American rap music and needs to be recognized as such.