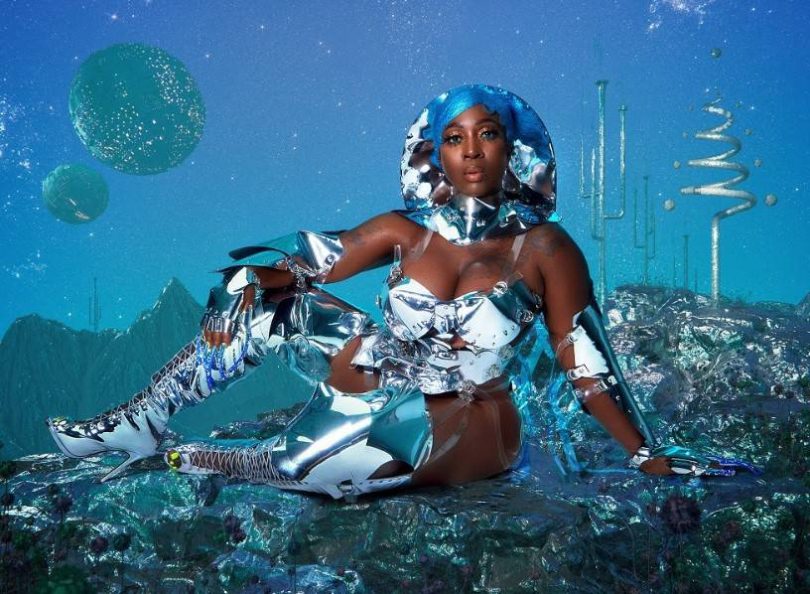 “Go Down Deh,” a song by Grammy-nominated Jamaican recording artist Spice, has been listed as one of the 100 Best Songs of 2021 by National Public Radio (NPR) Music. Ranking at Number 48 on the list, NPR noted that it was interesting that while there were few artists from Gen X listed, the dancehall track of the year would be recorded by Spice, who was described as a “geriatric millennial” and Sean Paul and Shaggy, who were labeled “two silver foxes.” Spice is well known for being a “sex-positive icon” with the definitely adult-rated single ranking as perhaps her greatest hit. The performer received kudos in 2021 for releasing the first official album in the history of her 18-year career as well.

Born Grace Latoya Hamilton in Spanish Town, St. Catherine, Jamaica, in 1982, she is known worldwide by her professional name of Spice. Raised in Portmore, her father died when she was only nine years old, and she spent a portion of her childhood with her grandparents in Finsbury Park, London. She attended school there before returning to Jamaica and becoming a student at St. Catherine High School. While in high school, she was a regular participant in the festival sponsored by the Jamaica Cultural Development Commission, earning medals for her musical performances. She had initially planned to become a chartered accountant but decided to go into music as a career and enrolled at the Edna Manley College of the Visual and Performing Arts for studies in music and drama. It was then she first experimented with dancehall music and was a popular deejay at local stage events.

Spice, 39, is known as the “Queen of Dancehall” for her work as a recording artist, but she is also a popular deejay, record producer, actor, and businesswoman. Her career began in the early 2000s and had her breakthrough moment with the 2009 recording of the single “Romping Shop” featuring Vybz Kartel. She released her debut EP “So Mi Like It” in 2014 on the VP Records label. Spice was a member of the reality television series “Love & Hip Hop: Atlanta” in Season 7 on VH1 and records on her own label VP Spice Official Ranch. She has collaborated on music projects with Vybz Kartel, Baby Cham, Dave Kelly, Sean Paul, Shaggy, and Busta Rhymes, among others.

In 2018, Spice established the Grace Hamilton Women Empowerment Foundation, a nonprofit that seeks to empower and help to educate women and facilitate progress in their lives. She was motivated to start the foundation to give back some of the support and opportunities she received from fans throughout her career. The foundation’s mission is to raise up women around the world through mentorship, education, and vocational opportunities so they can succeed in reaching their goals.