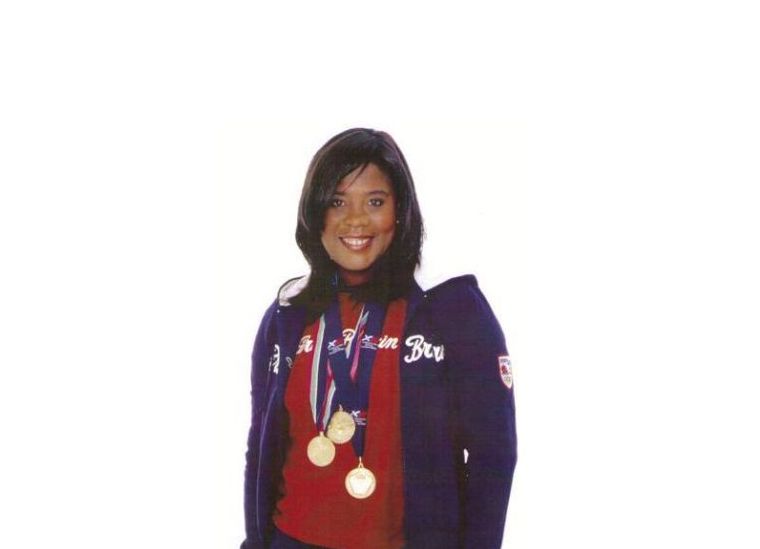 Tessa’s journey to Olympic gold began in the 1960s at the tender age of six, when she migrated from Jamaica to Wolverhampton in England. As a young girl, she had to face racism in school and on the streets “I had people spit on me in school and I was called a golliwog and a monkey.”

Tessa fell in love with the javelin in high school. Her international debut was at the Commonwealth Games in Christchurch, New Zealand where she came 13th. At the 1976 Olympics in Montreal, at age 20, she was the youngest competitor and placed 9th. In 1978 she became the Commonwealth Champion in Edmonton, Canada, a title she won three times and the only athlete to have done so. In 1978 also, she won the silver medal at the European Championships in Athens, Greece, the first British woman to stand on the winners’ podium for the javelin.

In 1985, Tessa Sanderson was honoured with the title of MBE, (Member of the British Empire and in 2004, CBE, (Commander of the British Empire) for her services to British sports. She served as a Vice Chairman for Sport England from 1995-2005. She founded the Tessa Sanderson Foundation and Academy to encourage young people and persons with disabilities to take up sports.

With her remarkable record of achievements, she is, without doubt, Britain’s greatest Olympian.