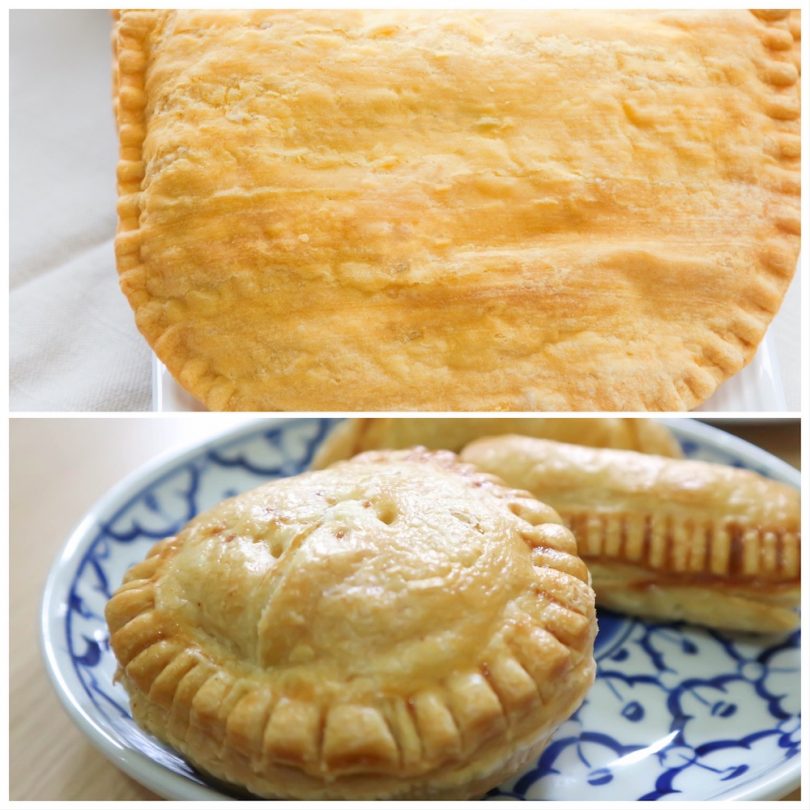 Jamaican patties are known and loved the world over. The pastry features a flaky shell, multiple fillings, and a unique blend of spices that Jamaican cooks have perfected over centuries. The word patty is also used to describe the Guyanese patty and it’s leading to a great deal of confusion for those seeking authentic Jamaican patties. Jamaican patties are also popular in Guyana, which only adds to the confusion.

Jamaican patties even made international news. CNN named the delicacy made by Caribbean Frozen Foods as one of the Top 18 Frozen Dinners People Crave. Sales were up, particularly in the U.S. due to the COVID-19 pandemic, as people sought their favorite comfort foods.

There’s a significant difference in the crusts of the patties. Jamaican patties are made with a flaky crust that has a golden color due to the addition of curry or turmeric powder mixed in the dough. The golden color is enhanced with the application of an egg wash. The patties are made in the image of a turnover or half-moon shape. They can be eaten as a meal and paired with coco bread or as a hearty snack.

The Guyanese patty is made with a pastry crust that’s heavier and has a buttery flavor. The crust contains generous helpings of butter and shortening, along with a quick dash of curry powder. The Guyanese patty is typically round, shaped in a muffin pan or a fluted English tart pan, and resembles a miniature pot pie. It’s sometimes fashioned to look like an empanada.

A Guyanese patty typically includes garlic, cloves, black pepper, onion, thyme, and a hot pepper that may or may not be Scotch bonnet.

Jamaican patties can be filled with seasoned ground beef, chicken, pork, lamb, or seafood, though beef is the most popular. The meat is combined with a hearty helping of vegetables.

Guyana patties are baked and typically feature chicken as the meat portion of the filling, though they’re also being made with ground beef. The patties are typically served as a quick snack or appetizer. They also incorporate a mixture of finely chopped corn, beans and carrots.

The differences are easy to detect for those familiar with authentic Jamaican patties – size, shape, and spices – but not for the uninitiated. Guyanese patties tend to be utilized more as an appetizer, while a Jamaican patty is larger and a meal in itself.