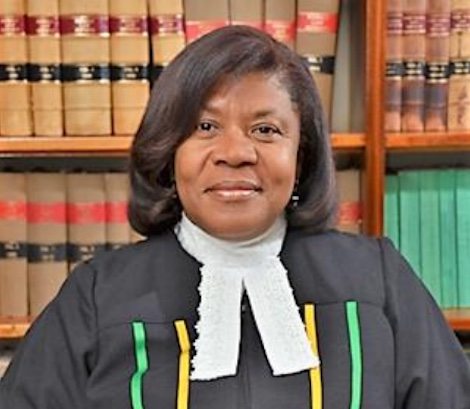 In 2007, the Montego Bay High School past student, Zaila Mccalla, made history. She became the first female Chief Justice in Jamaica, a post she held for eleven years from 2007-2018.

Justice McCalla has been a member of the judiciary for 30 years; admitted to the Bar in 1976, after attending the University of the West Indies and the Norman Manley Law School. Her first posting was as a clerk of courts, followed by assignments in the Office of the Director of Public Prosecutions and as Resident Magistrate where she served as President of the Resident Magistrates’ Association. In 1997 she became a Puisne Judge and in 2004 a judge of the Appeal Court.

She has participated in various legal seminars and conferences locally and internationally, including a study programme for judicial educators at the Commonwealth Judicial Education Institute at Dalhousie University in Canada.

A devout Anglican, in 2014, Justice McCalla was appointed Chancellor of the Diocese of Jamaica and the Cayman Islands. She advises the Bishop and the Diocese on matters of Canon law – laws governing the administration of the church.

Trailblazer – Someone who goes where no one else has gone before

THE AUTHOR
Gloria Royale Davis is a mother, grandmother, academic and story-teller who has worked in the fields of librarianship, public relations and communications.