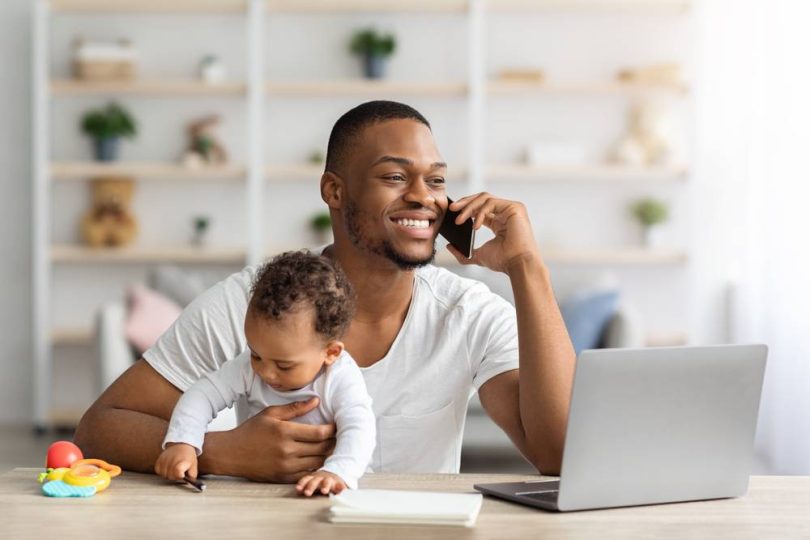 Looking back at 2022, which was another eventful year for Jamaica, the top stories announced new government policies, new bank notes, efforts to extract Jamaican students studying in Ukraine from the war zone. Jamaican authorities provided their condolences upon the death of Britain’s Queen Elizabeth II, the longest serving monarch in history, and lifted all restrictions imposed during the COVID-19 lockdown. The Broadcasting Commission of Jamaica issued a ban on media broadcasts that it deemed to “glorify” criminal activities. Jamaica’s population declined due to immigration, and in a surprise move, Government Minister Lisa Hanna announced her retirement from representative politics. Portmore was named Jamaica’s 15th parish.

Paternity Leave to be Effective in Jamaica From January 1, 2023
Paternity leave for the fathers of newborns and family leave for parents adopting a child will go into effect on January 1, 2023. The new policy was announced by Marsha Smith, Minister of State in the Ministry of Finance and the Public Service. An increase in paid maternity leave will also go into effect on January 1, 2023. This leave will now total three months instead of 40 days. The changes resulted from an ongoing review of compensation in the public sector and are implemented through revisions in the Public Sector Staff Orders of 2004.

Jamaican Regulatory Agency Banned Broadcast Content “Glorifying” Crime
The Broadcasting Commission of Jamaica issued new rules that will impose a ban on television and radio broadcasts of content deemed to “glorify” drug abuse, scamming, illegal firearms, and other criminal activity. The ban included specific phrases and words used in songs, including “bank/foreign account,” “food,” “wallet,” “purse,” “burner phone,” and “client.” The specifically banned language also included references to making money, wire transfers, lavish lifestyles, or getting rich. The Commission’s action was designed to address an increase in the level of violent crime in Jamaica. Lawmakers expressed concern that the message communicated through the broadcast created the impression that criminal activity is an accepted part of Jamaica’s culture.

Jamaica’s Prime Minister and Opposition Leader Expressed Sadness at Passing of Queen Elizabeth II
Upon the death of Britain’s Queen Elizabeth II at the age of 96 on August 8, 2022, Jamaican Prime Minister Andrew Holness expressed his “great and profound sadness” at her passing. Her reign of 70 years was the longest in British history. Holness said, “We join our brothers and sisters in the Commonwealth in mourning her passing, and pray for the comfort of the members of her family, and the people of the United Kingdom, as they grieve the loss of their beloved Queen and matriarch.” Opposition leader Mark Golding noted that Queen Elizabeth II had been “a symbol of decency, stability and continuity” for many people around the world. He added that she was “much respected and loved” and expressed condolences to the family and people of the United Kingdom.

Lisa Hanna resigned From “Representational Politics” in Surprise Move
In a surprise move, Lisa Hanna submitted a letter of resignation to Mark Golding, the leader of the Opposition People’s National Party (PNP). Hanna explained in the letter that she will not run in the next General Election. Analysts Kenyatta Powell suggested that Hanna’s resignation signaled turmoil in the PNP. Hanna resigned without giving any indication that she was about to do so. Analyst Kevin O’Brien Chang agreed with Powell that Hanna’s resignation indicated she was frustrated with the lack of unity in the party and its direction.

Jamaican Government Increased Public Sector Paid Maternity Leave, Expanded Leave to New Fathers and Adoptive Parents
The Jamaican government decided to increase paid maternity leave from 40 days to three months, according to an announcement from Dr. Nigel Clarke, Jamaica’s Minister of Finance and the Public Service. Fathers of newborn children in the public service will be able to take paternity leave for the first time. Family leave is also being granted to adoptive parents who bring a new child into their home. The changes resulted from a public sector compensation review and will be implemented through updates of the Public Sector Staff Orders of 2004. The goal of the changes is to align policies with public sector values and to bring benefits in the public sector in line with those available in the private sector. 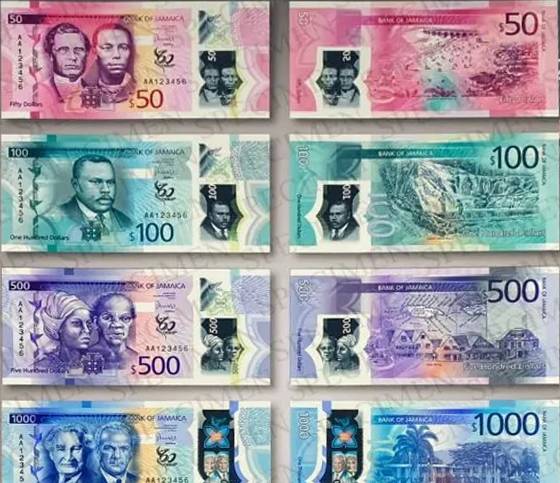 New Bank Notes Arrived in Jamaica in December 2022
Jamaica’s Minister of Finance Nigel Clarke announced via Twitter that the nation’s new bank notes would arrive by December 5, 2022. ATM machines were being adapted to handle the new notes as adjustments were required to ensure the machines can process and distribute the new notes to consumers. The process is expected to take between three and six months, Clarke said. The new notes include a newly created $2,000 denomination that will feature the images of former Jamaican Prime Ministers Michael Manley and Edward Seaga. The new notes will also depict all seven of Jamaica’s national heroes, with Nanny of the Maroons the only woman to be featured on the nation’s currency. The notes represent part of new plans of the Bank of Jamaica to enhance the durability of the notes and to save money.

Population of Jamaica Declined Due to Migration
According to a report from the Planning Institute of Jamaica, the Economic and Social Survey Jamaica (ESSJ), the population of Jamaica decreased between 2020 and 2022. The decline was attributed to the number of Jamaicans leaving the island for the United States, Canada, and the United Kingdom. Since 2020, 16,866 Jamaicans migrated from their homeland. The rate of migration is especially high among younger Jamaican women. The survey also attributed the decrease in population to the COVID-19 pandemic. Fewer Jamaicans have been deported back to the home island since 2020. The deportation rate for Jamaican immigrants coming from the US dropped by over 23 percent between 2020 and 2022.

All COVID-19 Restrictions Were Lifted in Jamaica on April 15, 2022
Jamaica, after over two years of restrictions on travelers seeking to enter the country and numerous updates and warnings, fully reopened to travelers. As of April 15, 2022, all restrictions and limitations on visitors were eliminated. In lifting the last COVID-19-related requirement on travelers, the pre-departure testing requirement, Jamaica became another of the Caribbean nations to fully open its borders to inter-national tourists. As of April 15, 2022, all visitors were able to enter Jamaica without the pre-flight testing requirement, did not need to undergo arrival or post-arrival testing, to provide proof of vaccination for entry, and would not be subject to quarantines. No countries’ citizens are banned from entry due to their case numbers or variants.

Jamaican Government Pursued All Efforts to Evacuate Jamaican Students From Ukraine
Jamaica’s Prime Minister Andrew Holness announced that the government made all efforts to evacuate the 26 Jamaican students who remained in Ukraine as the Russian invasion continued. Twenty-five of the students were located in Kharkiv, and one was in L’viv. Fifteen of the 43 total students who had been studying in Ukraine left the country immediately. Holness said the government utilized all of its efforts, channels, and connections to ensure that all the students left Ukraine. He also condemned the Russian attack and added that Jamaica supported adherence to the principles of international respect for the integrity of territories and the sovereignty of all nations.

Jamaica’s House of Representatives Approved Naming Portmore as Jamaica’s 15th Parish
Approval of a motion to designate Portmore as the 15th parish in Jamaica was given by the Jamaican House of Representatives. This was the first time since 1867 that a new parish was created in the country. The approval followed a debate on the issue in which Dr. Andrew Wheatley, Member of Parliament for St. Catherine South Central, argued that it was time for the people of the municipality of Portmore to have their own parish in order to upgrade the infrastructure. There are currently more than 200,000 people living in the area. The new parish will now have a hospital and upgraded roads. The new parish’s designation was correlated with celebrations of Jamaica’s 60th anniversary of independence.