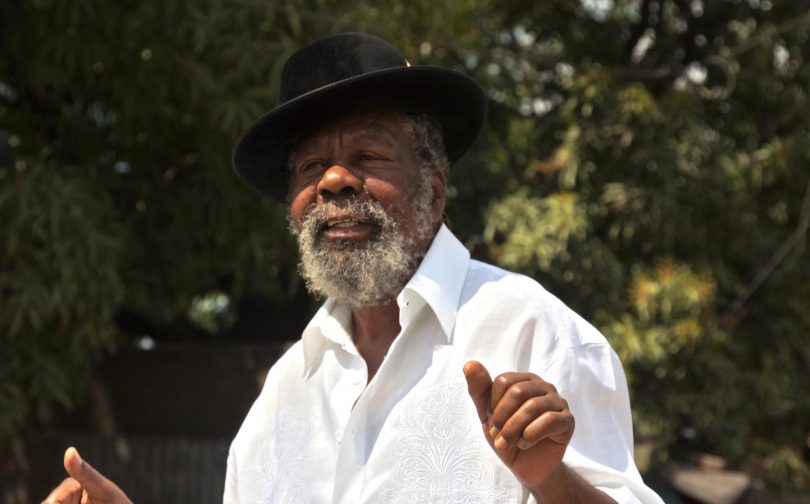 Jamaica lost another of its musical sons with the passing on February 17, 2021 of Ewart Beckford OD, better known to Jamaicans as U-Roy. Among the “massives” that have followed the development of Jamaican music and in particular the Jamaican sound system, he was known as Daddy Roy and was considered as “The Originator” for his inimitable style of toasting over records. He was a major part of the development of the sound system movement’s importance as the single most transformative vehicle in the development and spread of Jamaican music where, apart from its premier role of providing very cost-effective entertainment to the Jamaican mass audience, it provided an outlet for the island’s recording artistes and broad-basing record distribution. It was the Sound system which from mid-1960s provided the primary vehicle for unearthing vocal talent in the pre-independence period and the incubator for the development of “toasting” or “D-Jaying” (toasting over the instrumental sides of records). In fact, the phenomenon of “toasting” was a method used by sound system operators to keep the crowds engaged while the selector changed records on the turntables, long before the electronic mixer became available. Daddy Roy became an eminent jewel in the crown of stalwarts who held a microphone at a dance including Count Matchuki, King Cry- Cry, Sir Lord Comic, and King Stitt.

He was born on September 21, 1942 in Jones Town, Kingston where he was christened Ewart Beckford. A family mis-pronunciation of his first name “Ewart” to U-Roy would stick with him for life. U-Roy was raised within a religious and musical family as his mother was an organist for the choir at a local Seventh Day Adventist church. He attended Denham Town High School in Kingston and as a young man listened to the music of Louis Prima, James Brown, Ruth Brown, Fats Domino, Rufus Thomas, Smiley Lewis and was especially influenced by the vocal phrasing of Louis Jordan.

In time, Beckford became acquainted with Oswald (King Tubby) Ruddock, a mechanic who strangely worked as a disc cutter at Duke Ried’s Treasure Isle studio and who had a penchant for electronics and sound systems in particular. Tubby was just beginning his musical experiments that eventually led him to develop dub, and during that period he was giving his proto-dub experimental discs to a handful of his favorite DJs.

It was not surprising therefore that when Tubby’s launched his own sound system “Tubby’s Home Town Hi-Fi” in late 1969 he brought in U-Roy as his top D-Jay. By this time U-Roy had established himself as one of the premier talents of the sound system scene after working for producer Keith Hudson who was the first to recognize the possibilities and took U-Roy into the studio in late 1969 to cut the song “Dynamic Fashion Way.” However, the tape lay in the studio while the producer went off on a trip to the U.S. and the DJ went off to try his luck elsewhere.

A stint with Lee ”Scratch” Perry paired U-Roy with Peter Tosh and recorded “Selassie,” The single was originally credited to the Reggae Boys and on its subsequent reissue, under the title “(Earth’s) Rightful Ruler,” it was then credited to Peter Tosh and Hugh Roy, a spelling the DJ would adhere to for the next several years. The association with “Scratch” also produced the single”O.K. Corral.” U-Roy then moved on to Keith Hudson, for whom he recorded “Dynamic Fashion Way,” and with Bunny Lee which produced the single “King of the Road.”

U-Roy next linked up with producer Lloyd Daley for whom he performed two singles, “Scandal” and “Sound of the Wise,” These early sides created some degree of stir among grass roots dance fans but barely moved the needle. A chance encounter with John Holt would change that.

One night early in 1970, as U-Roy d-jayed on King Tubby’s Hi-Fi he picked up a John Holt’s single and placed it on the turntable in error with the instrumental side up. Realizing the mistake U-Roy immediately launched into ad-lib d-jay lyrics on the rhythm which literally blew the crowd away. In attendance at the same dance was none other than John Holt. The singer too, was blown away, not least of all because the chatterer was exhorting the enthusiastic crowd over Holt’s own hit “Wear You to the Ball”

The following day Holt pressured Duke Reid to record U-Roy. Reid acquiesced and that same day U-Roy cut two songs, over classic Treasure Isle singles, the first over an Alton Ellis track Girl I’ve Got A Date” which was titled “Wake the Town” The single was gobbled up by the public which sent it to the top of the charts. They then released “Rule the Nation” cut from the Techniques’ original “Love is Not a Gamble” This single was as prophetic as the first, racing up the charts as did its follow up, “Wear You to the Ball.” For a month and a half, all three singles boldly stood astride the top three spots in the Jamaican charts. U-Roy would cut another 29 songs with Duke Reid, all versions of Treasure Isle’s most beloved singles, solidifying Duke Reid’s Treasure Isle label as the King of the Rock Steady era.

U-Roy from that point grew from strength to strength. The overseas based Frontline label in 1970 issued a compilation album “Version of Wisdom” bundled up much of the DJ’s classic work for Reid, bringing together two previous albums: Versions Galore, initially released by Trojan in 1971, and Frontline’s own 1979 compilation “With Words of Wisdom.” In 1975, U-Roy’s album “Dread in a Babylon” was released in the US, Europe and Jamaica by Virgin Records. The album achieved significant sales in the UK and the track “Runaway Girl” from the album was released as a single in Europe that same year. The success of that album led to a series of Tony Robinson produced albums including “Natty Rebel” in 1976, “Rasta Ambassador” in 1977, and “Jah Son of Africa” 1978. U-Roy’s international popularity led to the album “Natty Rebel” being released in 1976 on Virgins’ imprint Front Line label in Nigeria as well as in France on Virgin and Polydor.

In 1978 Beckford started his own sound system which he named “Stur-Gav International” after his sons. The “Stur-Gav” sound system would launch the careers of a younger generation of toasters and singers including Ranking Joe, Jah Screw, Charlie Chaplin and Josey Wales. In 1980 the pop group Blondie had a world-wide hit with the reggae track “The Tide Is High” which prompted Virgin to re-release the original Paragons’ track from 1967 and the 1971 U-Roy version as a single that same year.

U-Roy’s success opened the door for a slew of then-upcoming d-jays including I-Roy, Dennis Alcapone, Scotty, and Big Youth who all went on to score chart successes on their own merit. The ultimate success of this D-Jay phenomenon would be extended into the Reggae era, birthing the Dancehall genre locally and on the international scene became the precursor to United States Hip-Hop music and the later Latin Reggaeton genre.

In 2007, the government of Jamaica accorded Ewart (U-Roy) Beckford with the Order of Distinction in recognition of his contribution to the development of Jamaica’s music.

Richard Hugh Blackford is the host of a 2-hour music-driven internet show Sunday Scoops on yaawdmedia.com each Sunday from 2:00 pm – 4:00 pm. The show focuses on Foundation Jamaican Music and takes its audience on a nostalgic but historical musical journey, peeling back the years of Jamaican musical development as the hosts explore the careers of Jamaican artistes. Sunday Scoops provides interviews with personalities and discussions on Jam