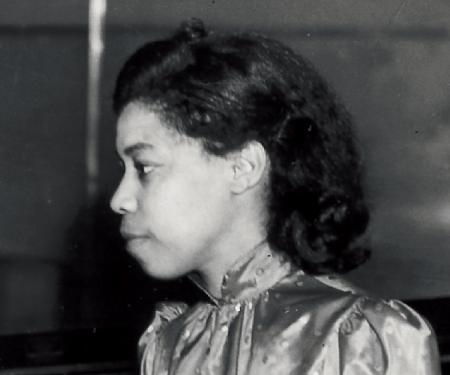 There was once a little girl who was the daughter of a Baptist Minister. She grew up in Santa Cruz, in the parish of St. Elizabeth and attended the Hampton High School for girls. Little Una would sometimes accompany her father when he visited members of his congregation in the districts around Santa Cruz. It was therefore no surprise that after leaving school, her first job was as a volunteer social worker in Kingston.

And then it was off to England to a new world. She worked as Secretary to His Imperial Majesty Haile Selassie who later became Emperor of Ethiopia in Africa. She accompanied him to the USA to address the League of Nations – now the United Nations – on independence for Abyssinia – the name by which Ethiopia was then known. Rastafarians believe that Haile Selassie is their God.

The little girl from Santa Cruz made history when she became the first black female broadcaster. It was during World War 11 and she worked on a BBC (British Broadcasting Corporation) radio programme where soldiers had their messages read to their families. The programme later became known as ‘Caribbean Voices’ where Caribbean Literature was read. Una was a talented and versatile woman – poet, playwright, publisher, activist, and the first black editor and publisher of her own magazine ‘The Cosmopolitan“.

She campaigned against racism – to which she had been subjected – and for the equality of all races. She was honoured after her death by the Women’s Movement in Jamaica on International Women’s Day, March 08, 2009 and a plaque was mounted at her former house in Camberwell, in Greater London, England.

Versatile: To be versatile is to be an all-rounder, able to do many different things.