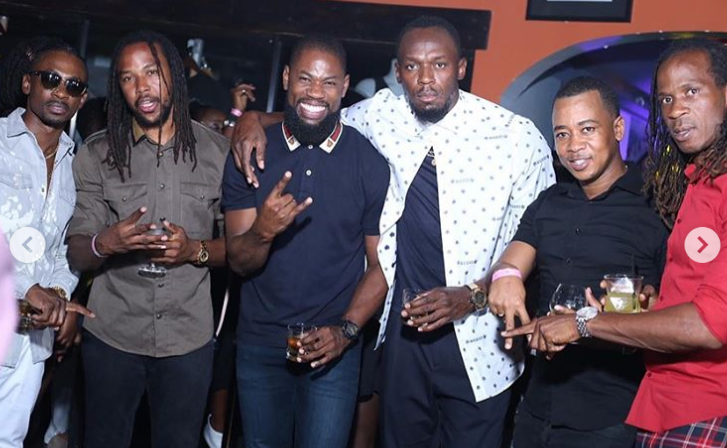 Jamaican Olympic sprint champion Usain Bolt, 32, continues to break new ground even in retirement, with the official launch of a dancehall rhythm bearing the name of his signature sweet champagne cuvee, “Usain Bolt’s Olympe Rose.” It will be called “Olympe Rose Riddim.” The launch event was held at the athlete’s own “Usain Bolt’s Tracks and Records” in St Andrew. The product was introduced in South Africa earlier in 2019. Bolt is the executive producer of the project.

The rhythm is designed to mark the entry of Bolt into the luxury alcohol market. He partnered with Pernod Ricard, a French alcohol beverage firm, under its GH Mumm brand to move into the luxury space. Bolt is the executive producer, and the rhythm features some of the top performers in reggae and dancehall, including Christopher Martin, Munga Honorable, Dexta Daps, and Ding Dong. Ricardo “Bibi” Gardner, on of Bolt’s close friends, is also featured in the project.

It is widely known that Bolt is a big fan of dancehall music. In 2016, he was named “Chief Entertainment Officer’ of GH Mumm, prior to his collaboration with the beverage maker to create a cuvee reflecting the athlete’s preference for a sweet champagne and his love of cognac. The beverage also features the addition of a “liquer da dosage.”

The glass bottle is inscribed with the name of Usain Bolt in gold letters. TH initials “OR” are displayed on the neck of the the bottle as well to refer to the name of the cuvee and to the French word for “gold.” The entire display evokes the many historic achievements of Bolt during his gold-medal wins during his Olympic career.

His entry into the luxury beverage market is only one of Bolt’s business ventures. The eight-time Olympic gold-medal winner launched his “Bolt Mobility” brand of personal electric scoots in March of 2019. Since he retired from competitive sports, Bolt has also invested in the lucrative business process outsourcing industry in Jamaica. Bolt confirmed his connection with a major project on Half-Way Tree Road in St. Andrew. His other business interests include the restaurant and sports bar franchise “Usain Bolt’s Tracks and Records,” which has expanded to the United Kingdom. He launched a firm known as “Champion Shave” in 2016, which offers 6-blade razors at discounted prices. 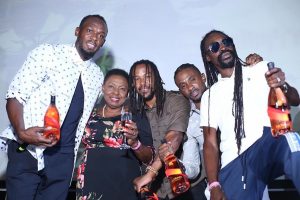 According to Bolt, “Everyone is aware that I have retired from sports. I am now a full-time businessman and will continue to do my best in whatever ventures I pursue.” He went on to note that he and his team are always looking for new ways to expand his brand. Combining the launch of his champagne brand in Jamaica with the music project was a “no brainer.” The rhythm is created by producer Rajah Nelson, who has worked with dancehall artists like Quada and Tommy Lee Sparta.