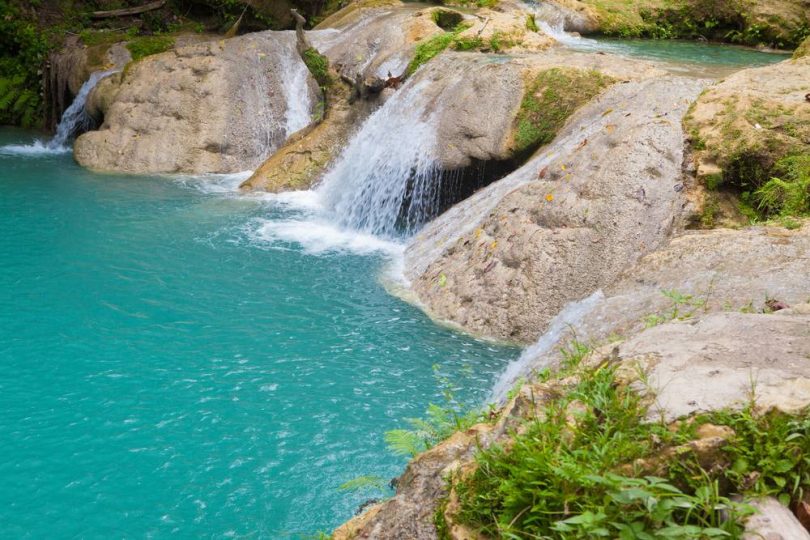 It’s time to provide an ultimate Bucket List for visitors to Jamaica. Jamaicans.com compiled a list of the 365 best things to do on the island some years ago, but things have changed, and the new bucket list features 99 year-round attractions available for nature lovers, adventure travelers, shoppers, relaxation seekers, and families. The following bucket list is alphabetical and is not intended as a ranking. Be sure to add in the comments attractions we should add to the Jamaica Bucket List.

1. Accompong – A semi-independent town featuring a museum and the Peace Cave, which is where a treaty was signed by the community’s founder; the site of the annual Maroon Festival, which honors the founder

3. Bank of Jamaica’s Money Museum – Displays the history of Jamaica through the development of its money from Taino trade to debit cards, including glass beads, pieces of eight, christian quatties 4. Black River – See crocodiles and over 100 species of birds that live along the mangrove-fringed shores, tours inform about the geography, history, and ecology of the area

5. Bloody Bay – Staging site for the British Navy in the War of 1812; also, the site of 19th-century whaling operations and the place where the pirate Calico Jack Rackham was captured; coral reefs and calm waters are perfect for divers

6. Blue and John Crow Mountains National Park – Listed as a UNESCO World Heritage Site for its natural beauty and rich cultural heritage., the area was once a refuge for former slaves and the indigenous Taino people

7. Blue Hole – Located in the mountains outside Ocho Rios offers guided tours of waterholes fed by cascading waters and chances to jump of cliffs into refreshing pools

10. Boston Bay-A surfer’s paradise that features what may be the strongest waves and best tide in the Caribbean 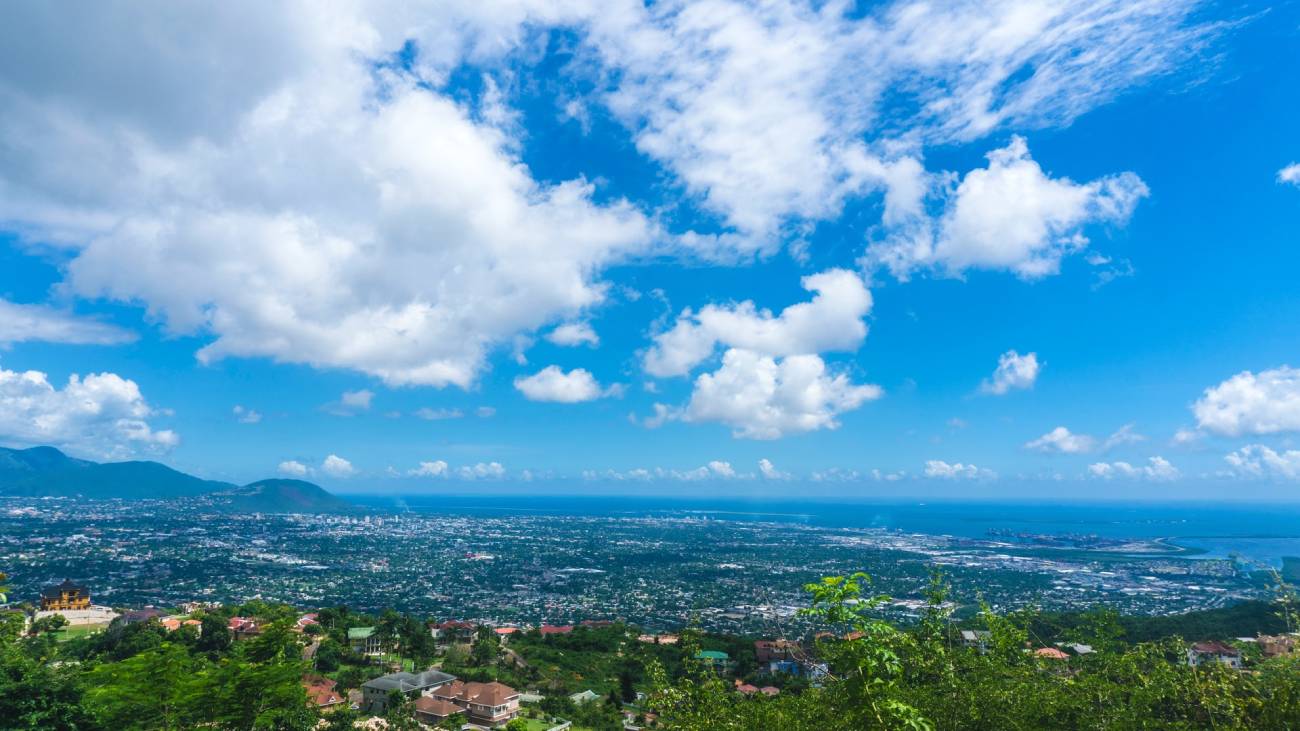 Photo by Patrick Superior on Unsplash

14. Cinchona Botanical Garden – Located between 4,500 and 5,500 feet, features panoramic views of the Jamaican landscape and is the only garden of its type in the Caribbean

15. Cockpit Country – Located in Trelawny Parish, the natural defensive stronghold for the Maroons, the escaped slaves who successfully fought the British for their freedom; tours feature limestone caves, underground rivers, waterfalls, cliffs and hikes into forests with exotic wildlife and plants

16. Colbeck Castle – Largest of its type in Jamaica and said to date from 1655 when it was built as a fort to defend the English from Spanish attacks

17.  Columbus Park – Site of Columbus’s landing in Jamaica in 1494 includes a museum displaying the impact of the landing and the pre-colonial history of the island’s indigenous people. Photo by A.V B.S on Unsplash

20 Croydon in the Mountains – A 132-acre working plantation that raises coffee, pineapples, plantains, and citrus, and t also produces honey. In the foothills of the Catadupa Mountains

21. Devon House – Built in 1881 and home to Jamaica’s first black millionaire, now famous for its ice cream and other shops 23. Dolphin Cove – A marine park of five acres where visitors can snorkel with stingrays and swim with dolphins, ride a camel, see a shark show, and view iguanas, snakes, and tropical birds

24. Drax Hall Waterwheel – Ruins of the waterwheel on an estate founded in 1669 used to provide power that turned the sugar mill rollers in the sugar manufacturing process

25. Dub Club – A must-see for music fans that provides panoramic views of Kingston at night and excellent Roots Reggae music 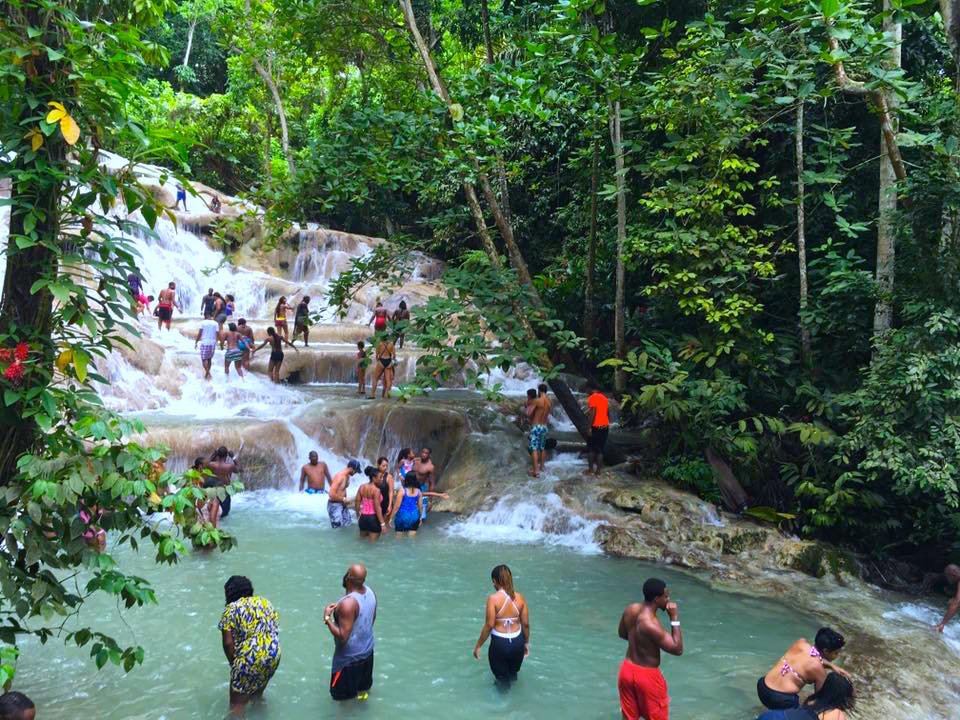 28. Emancipation Park- A 7-acre area of green space in Kingston that features native and important plants and public art installations

29. Falmouth – One of the best-preserved Georgian towns in the Caribbean, it includes excellent restoration of Georgian architecture

31. Fire Water Pond- Windsor Mineral Spring can actually make fire due to a high concentration of sulfur in the water

33. Fort Charlotte -Built in 1746 and one of the best-kept forts in Jamaica, visited by figures such as Horatio Nelson and Captain Bligh and still standing are the artillery store and the circular base for the rotation of guns

35. Frenchman’s Cove – White sand beach and one of the island’s most famous

36. Goat Islands-Located in the Portland Bight Protected Area (PBPA) and recently declared a wildlife sanctuary for endemic and endangered species, including the Jamaican Iguana

37. Green Grotto Caves-Most famous limestone caves in Jamaica once used by Arawak people and as hideaways for escaped enslaved peoples; named for the green algae that cover its walls and featuring majestic stalactites, stalagmites, and other dripstone formations 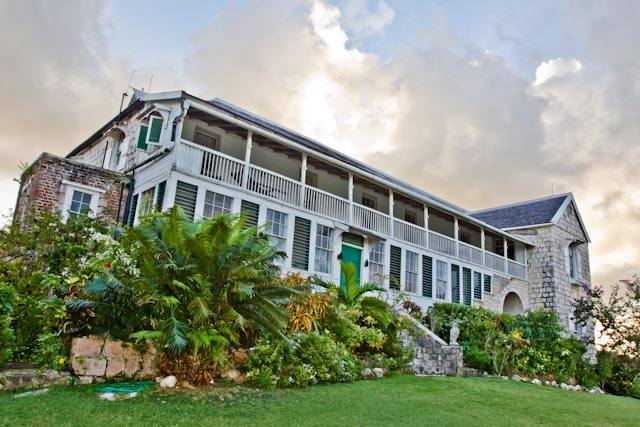 39. Greenwood Great House – Once owned by the family of English poet Elizabeth Barrett Browning and one of the best-preserved Great Houses in Jamaica

41. Half Moon Beach-Described as one of the most beautiful beaches in the world

42. Hanover Museum-Dating from 1776, the building is in the former Hanover Workhouse and is made of stone brought to the island from England as ship ballast and served as a jail for enslaved people and debtors

44. Independence Park-A sports and cultural complex in Kingston built for the 1966 British Empire and Commonwealth Games and home to several sports facilities, National Stadium and a statue of Bob Marley at its entrance

45. Kenilworth Ruins- An impressive 18th-century industrial site represents the era when “sugar was king” in Jamaica

46. Kingston – Jamaica’s capital city located at the foot of the Blue Mountains is home to many popular tourist attractions 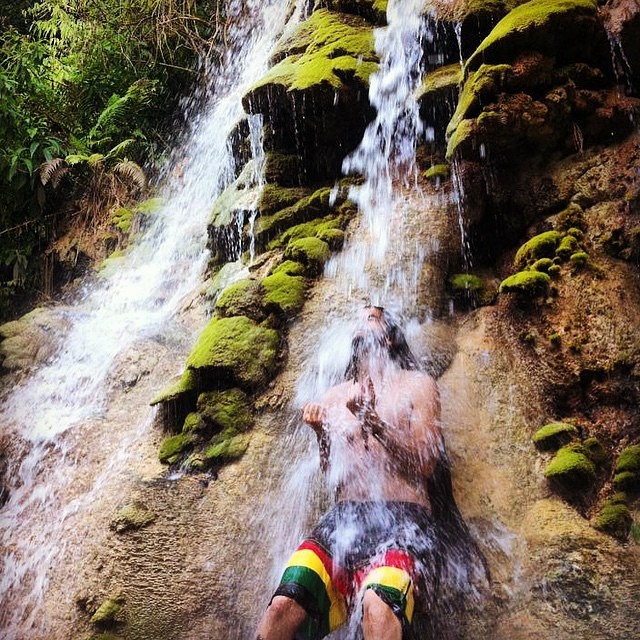 47. Konoko Falls Park-The site of a botanical garden, waterfall and zoo with a tour providing information about the indigenous Taino people, early inhabitants of the island

48. Kool Runnings Adventure Park- Jamaica’s premiere adventure park has a water park section and an adventure section with a range of activities perfect for the whole family

49. Liberty Hall- Site of the Kingston center of Marcus Garvey’s Universal Negro Improvement Association (UNIA), which was established in 1914 to improve the lives of people of color around the world

50. Long Bay Beach Park-Several acres of park that meander along the shoreline in Negril at the northern end.

51. Luminous Lagoon-A natural wonder that displays phosphorescence caused by microorganisms that cause it to glow at night, it is said to be one of just three such sites in the world

52. Maidstone Museum- The museum at Maidstone, which was founded by Moravian missionaries in 1840 and one of the first Free Villages in Maidstone, houses artifacts from the time of enslavement

53. Marcus Garvey Reading Room- Historic St. Ann Parish Library building constructed in 1834 and located near the birthplace of the National Hero Marcus Garvey, which displays a copy of Garvey’s birth certificate and information about events in his life 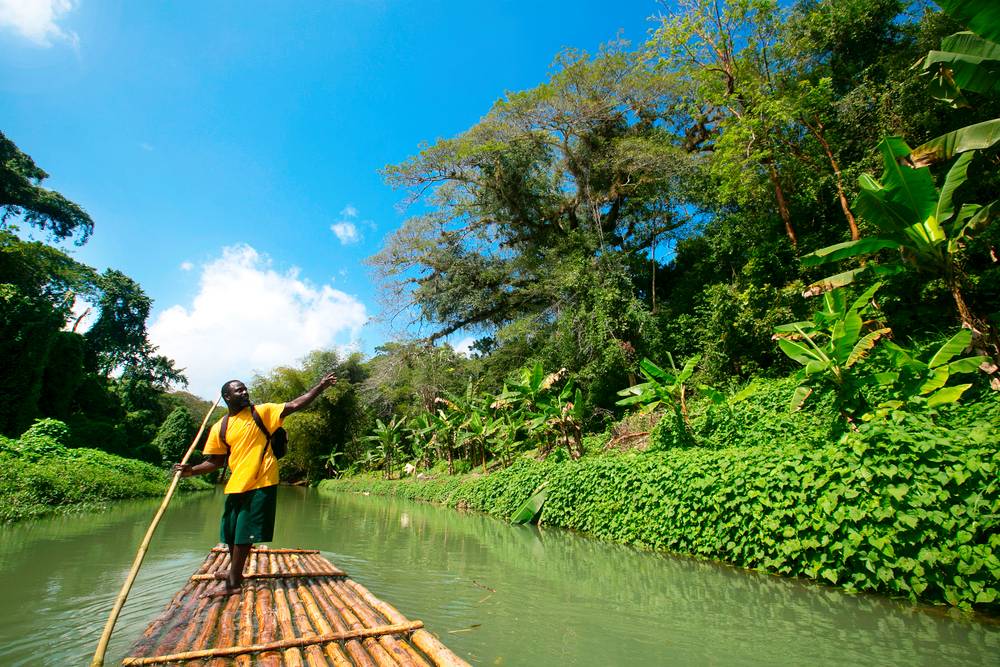 54. Market Street -Birthplace of Marcus Mosiah Garvey, Jamaica’s first National Hero features a bust of Marcus Garvey installed in front of the house in 1989 via efforts of Anthony Scott and the African People Association

57. Mooretown-A Maroon settlement in the Blue Mountains and John Crow Mountains of Portland formerly known as New Nanny Town was founded in 1740 when a Peace Treaty was signed between the British colonial authorities and the Windward Maroons led by an Ashanti escaped slave known as Granny Nanny  or Queen Nanny 58. Mystic Mountain – Environmentally friendly attraction offering a range of adventure tours that include bobsledding, the sky explorer, and ziplining

59. National Gallery of Jamaica-Established in 1974, it is the oldest and largest public art museum in the English-speaking Caribbean.

60. National Heroes Park- A 50-acre site that is home to the tombs of numerous important figures from Jamaican history and a war memorial to Jamaicans who died in World War I

61. Navy Island – A small island off the coast of the Titchfield Peninsula in Port Antonio, named after the British Navy that landed there in the 1730s to assist the military at Fort George and purchased by Errol Flynn in 1940

62. Negril Lighthouse – Established in 1894, the landmark is 65 feet high and offers great views of Negril’s coastline

63. Nine Mile -A sleepy town high in the Jamaican mountains, popular with fans of Bob Marley as the birthplace of the musician; it includes his mausoleum

64. Old Harbor Bay – Site of the iron clock tower installed by the British in the 17th century which is said to have kept the correct time since its installation

65. Outameni Experience – A must-see interactive attraction that leads visitors through the history of Jamaica, from the Taino Indian origins through the plantation era to the modern day.

66. Pedro Bank- An area featuring shipwrecks, sunken vessels and other items of archaeological interest both above and below the surface of the land or floor of the sea

67. Persian Water Wheel – Installed by the Falmouth Water Company in 1798, a large vertically situated wheel with a diameter of 20 feet it was restored in 2008 by Falmouth Heritage Renewal and students from the University of Virginia Falmouth Field School using many of its original parts

68. Peter Tosh Museum-Dedicated to one of Jamaica’s most creative songwriters and musicians highlighting his work and influence on reggae music

70. Port Royal Sunken Pirate City-Once considered the richest and wickedest city in the world, it was destroyed in an earthquake in 1692 and now its remains lie under 40 feet of water, making it a perfect dive site

71. Portland Bight Protected Area- Covering 24 square miles this is the largest protected area in Jamaica and comprises both land and marine environments 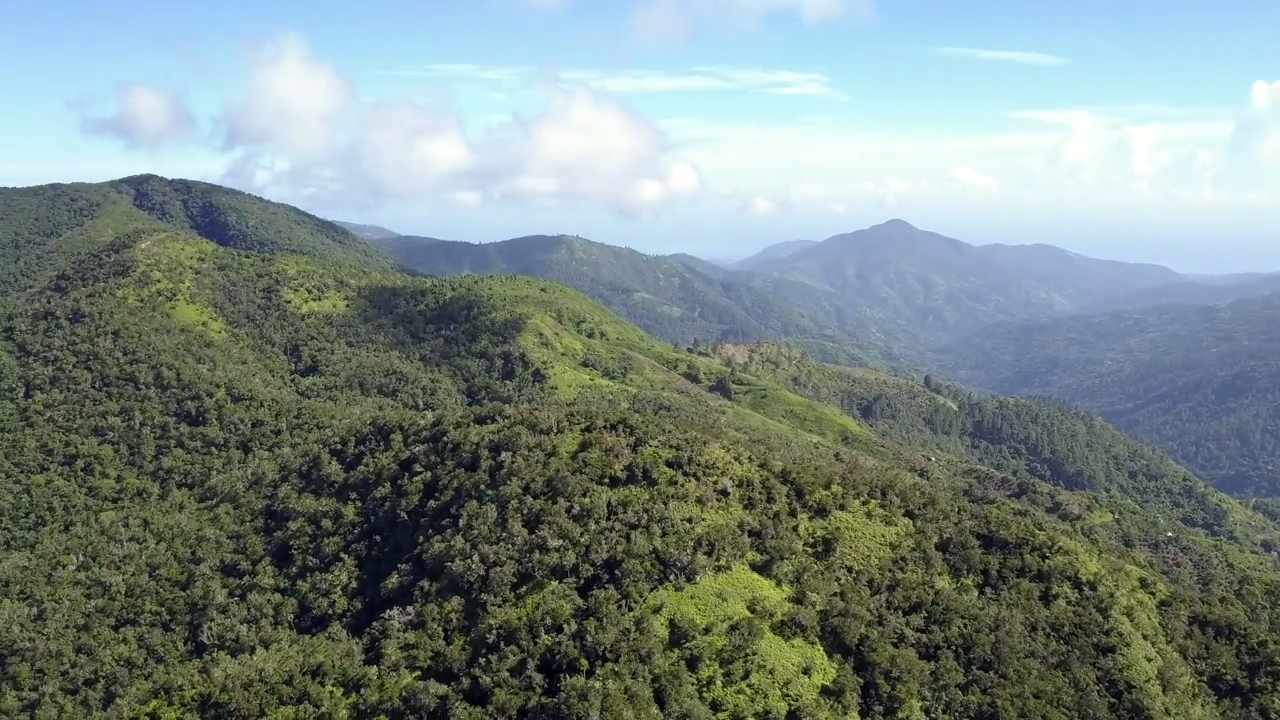 72. Holywell Park – This national park features lush vegetation and several streams along with local fruits to enjoy during an overnight stay in one of the available log cabins or outdoor camping sites complete with fire pits for cooking and keeping warm

74. Reach Falls-A popular and top-five attraction on the island with freshwater pools and lush forest settings, it is perfect for picnics and hiking to the “Rabbit Hole”

75. Rick’s Café- Featuring spectacular sunset views and live reggae music on cliffs overlooking the sea, adventuresome visitors can jump from the cliffs, while other can enjoy watching them

76. Rio Grande River-Tours and rafting on bamboo rafts through tropical rainforest on the river formerly used by farmers to transport bananas to market

77. Rio Nuevo Battle Site- Site of the final pitched battle between British and Spanish in the 17th century to determine possession of Jamaica 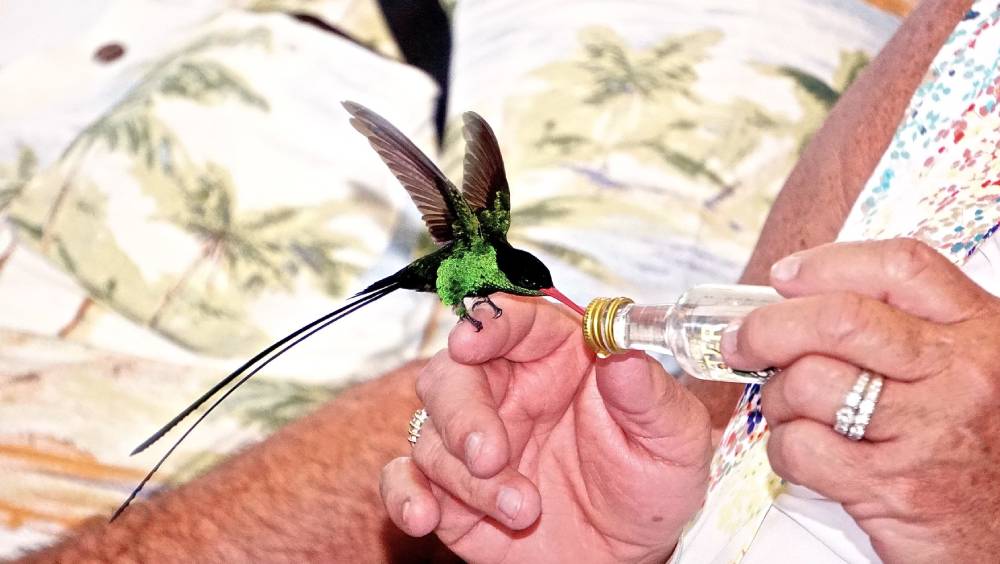 80. Royal Palm Reserve-A300-acre reserve home to 300 animal species and 114 plant species, including the Morass Royal Palms which can only be found in western Jamaica

81. Salem Parish– Salem Parish in Westmoreland was established due to a need to relocate the Moravian congregation at New Hope

82. Sam Sharpe Square-Historical site in Montego Bay named for Jamaican National Hero Sam Sharpe, an enslaved local Baptist deacon who advocated passive resistance to force slave owners to comply with emancipation, and the site of Burchell Memorial Church where he was deacon and where he is buried

83. Seaford Town – A settlement in the parish of Westmoreland in Jamaica. It is commonly known as “German Town” as it was settled by German laborers in about 1835

84. Seven Mile Beach-Considered one of the best beaches in the Caribbean features white sands and coconut palms in Negril

85. Shan Shy Fishing Beach – Relaxed beach pace with dining offered right on the beach along with activities like fishing, snorkeling, and sightseeing trips 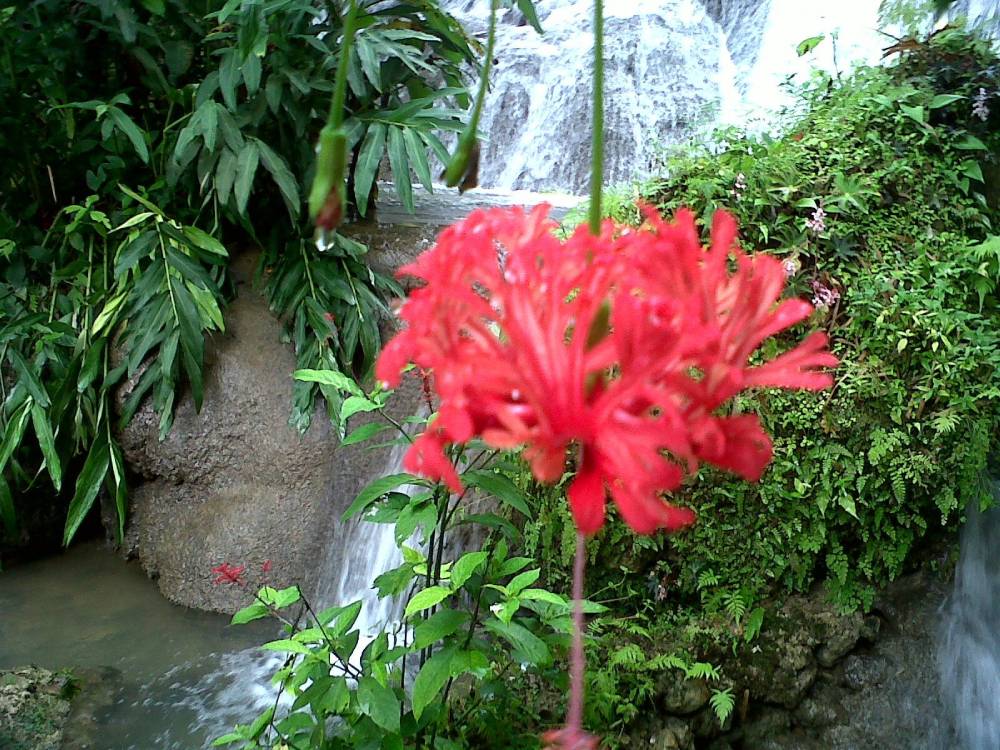 86. Shaw Park Gardens and Waterfalls – Home to some 600 species of plants, including exotic tropical flowers, ferns and a giant banyan tree with a stream cascading down waterfalls

88. Stony Gut – The birthplace of Paul Bogle, a Jamaican National Hero, Baptist minister and leader of the Morant Bay Rebellion in 1865

90. The Hip Strip:  Gloucester Avenue-Famous Montego Bay shopping spot near Doctor’s Cave Beach, the site of many galleries and cafes 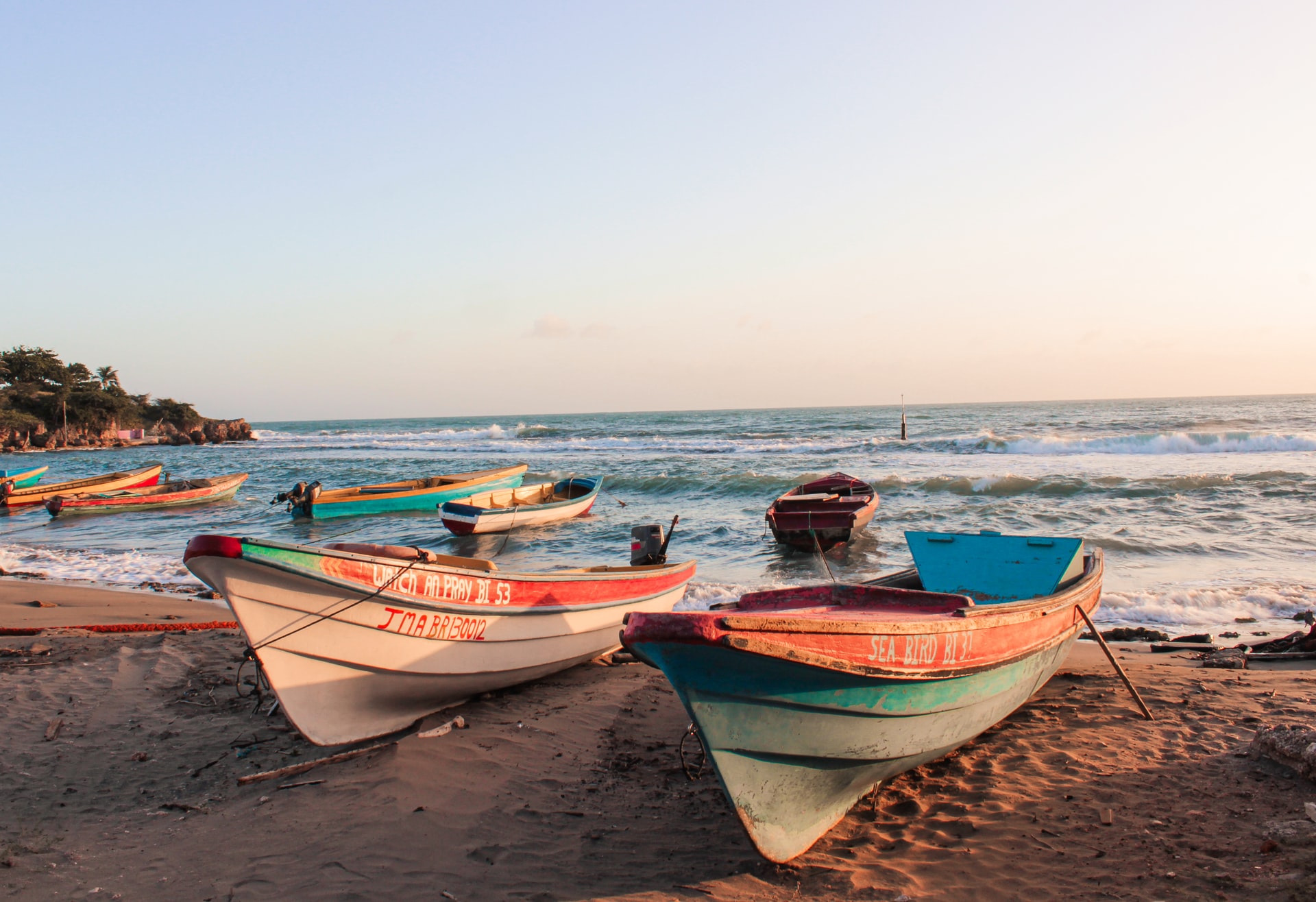 92. Trench Town Culture Yard-Considered the birthplace of reggae music and the inspiration for many of Bob Marley’s early creative works

93. Tryall Club Golf Course-Site of many golf championships and perfect for golfers of all ages and abilities; 18 holes in a stunning Caribbean setting

95. White River Valley- Eco-tours and all kinds of outdoor adventures, including rafting 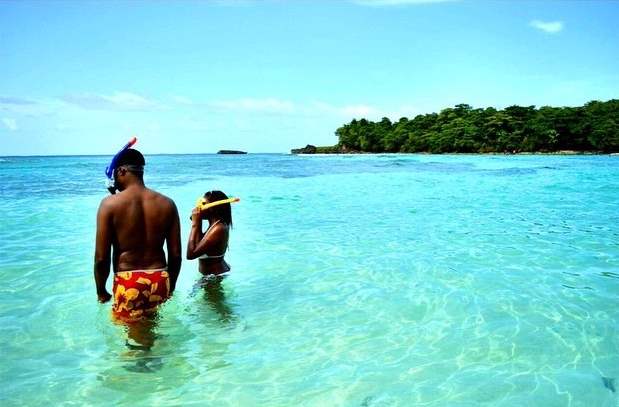 98. World War II Gibraltar Camp-Relocation site of thousands of civilians evacuated from the British colony of Gibraltar during World War II. By 1942, 1,500 refugees were housed on the former Mona Estate (now part of the University of the West Indies property). 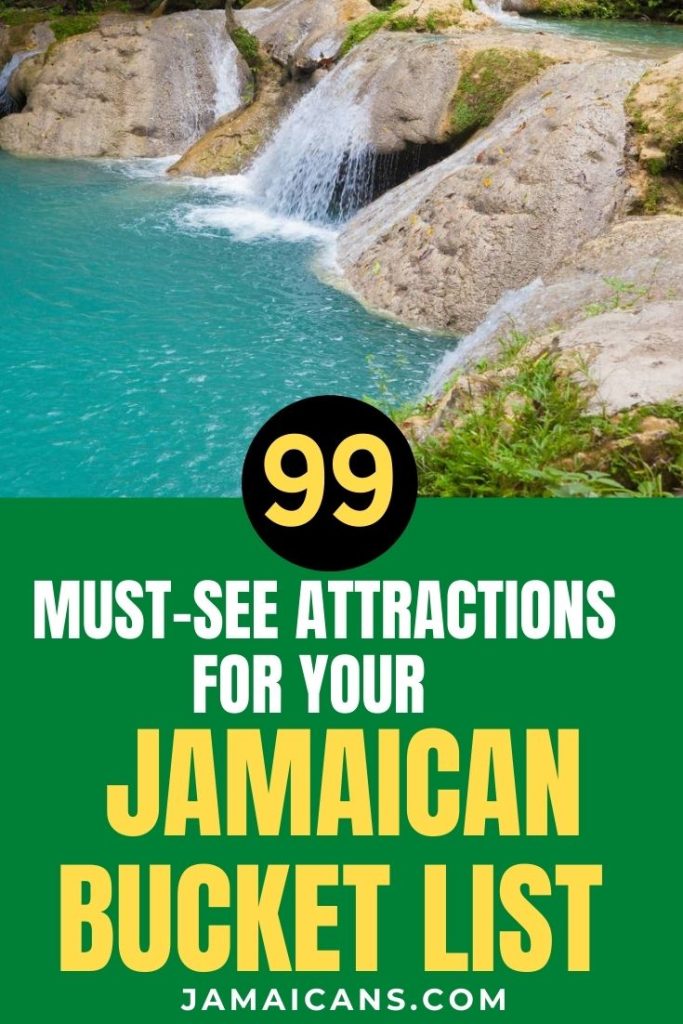