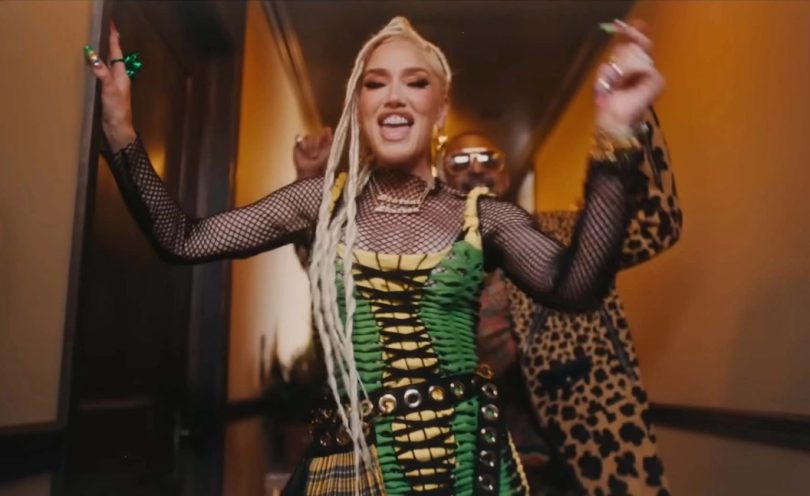 Pop star and fashion icon Gwen Stefani faces charges of cultural appropriation for wearing dreadlocks and dressing in the colors of the Jamaican flag in a new music video in which she appears with Jamaican artists Sean Paul and Shenseea. Stefani has been a strong influence on popular culture since the 1990s when she first made her mark on music, fashion, and style, and has previously been criticized for cultural appropriation.

She was first accused of cultural appropriation after the release of her first solo album, which included Harajuku Girls, a group of Japanese dancers. In the 1990s, she faced similar charges for wearing a bindi; in 2005, she emulated a Hispanic subculture. In 2012, the singer wore Native American attire in the “Looking Hot” music video by No Doubt, which included a depiction of a fight between cowboys and Native Americas. The video was pulled by the group, which apologized for being offensive.

At the center of the 2022 controversy is Stefani’s new music video for “Light My Fire,” which features Sean Paul and Shenseea, where the singer wears dreadlocks and a green, black, and yellow dress. Some fans have criticized her look and referenced the past examples of cultural appropriation in regard to the current perceived appropriation of Jamaican culture. Others, including many Jamaicans, have defended her video style, noting she has had a long history with reggae and ska music and always had ties to the island’s culture.

One critical Twitter user posted, “No one can appropriate a culture the way Gwen Stefani does,” and another wrote, “Gwen Stefani is BACK with a cultural appropriation banger. Gwen Stefani said…I’m gonna appropriate like it’s 2004.” A third posted, “Ahhhh Gwen Stefani went back to her Jamaican roots. Nature is really healing.”

Tweets in support of Stefani included a posting by Jamaican musician Tokyo Diva, who wrote, “I’m not tolerating any slander of @gwenstefani! She has a record with Lady Saw titled “Underneath it all” released in 2001. Her son’s name is Kingston. She is a part of and loves the culture. If Jamaicans aren’t upset, nobody else should be.” Another supporter posted, “Who accused Gwen Stefani of cultural appropriation? Cuz it wasn’t the Jamaicans that y’all are saying are being appropriated.”

Stefani defended herself in a 2021 interview with Paper Magazine, referencing her Harajuku Girl period. She said, “If we didn’t buy and sell and trade our cultures in, we wouldn’t have so much beauty, you know? We learn from each other, we share from each other, we grow from each other. And all these rules are just dividing us more and more.”