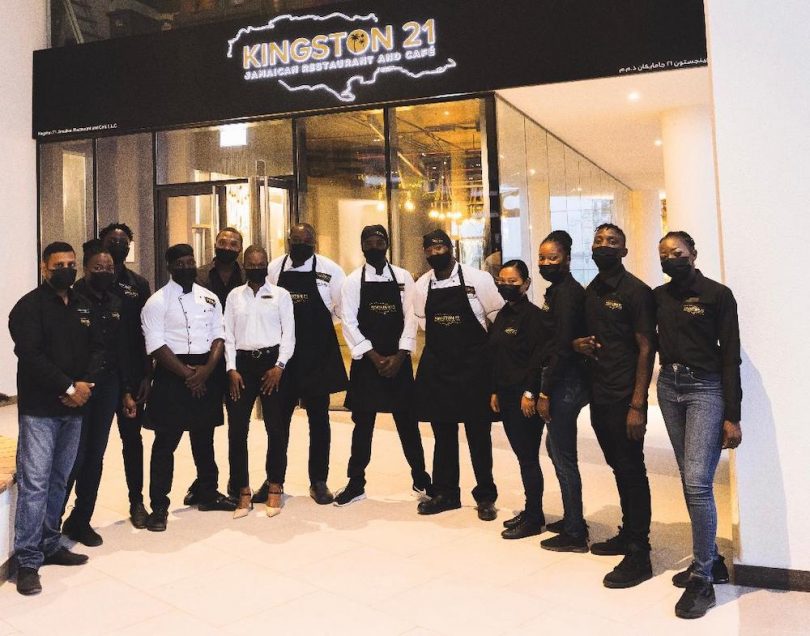 The new Jamaican restaurant “Kingston 21” in Abu Dhabi is the first Jamaican-owned and operated eatery in the city to offer authentic Jamaican dishes. Kingston 21 opened in April of 2021 and features a menu of traditional island favorites, including curry goat, jerk chicken, oxtail, ackee and saltfish, Jamaican beef patties, Jamaican porridge, fresh escovitch fish, and sweet potato pudding. Kingston 21 takes its name from the capital city of Jamaica and is a reference to postcodes.

Abu Dhabi features several Caribbean restaurants but Kingston 21 is the first and only one to use ingredients imported directly from Jamaica and to employ Jamaican chefs. The menu has been called “a blast of nostalgia” for people from the island or who have visited there and crave its unique island flavors. Among the items popular with diners at Kingston 21 are jerk barbecue wings, plantain chips, and toto, a traditional Jamaican coconut spice cake. For lovers of brunch, the restaurant’s offering of Jamaica’s national dish, ackee and salt fish, is highly recommended, as is the famous Blue Mountain coffee from the island. The physical space of Kingston 21 also reflects an appreciation and love for Jamaica with its laid-back, casual vibe and the reggae posters on the walls. Its outdoor eating area adds to the island ambiance are the water views provided at its location in Al Raha beach. 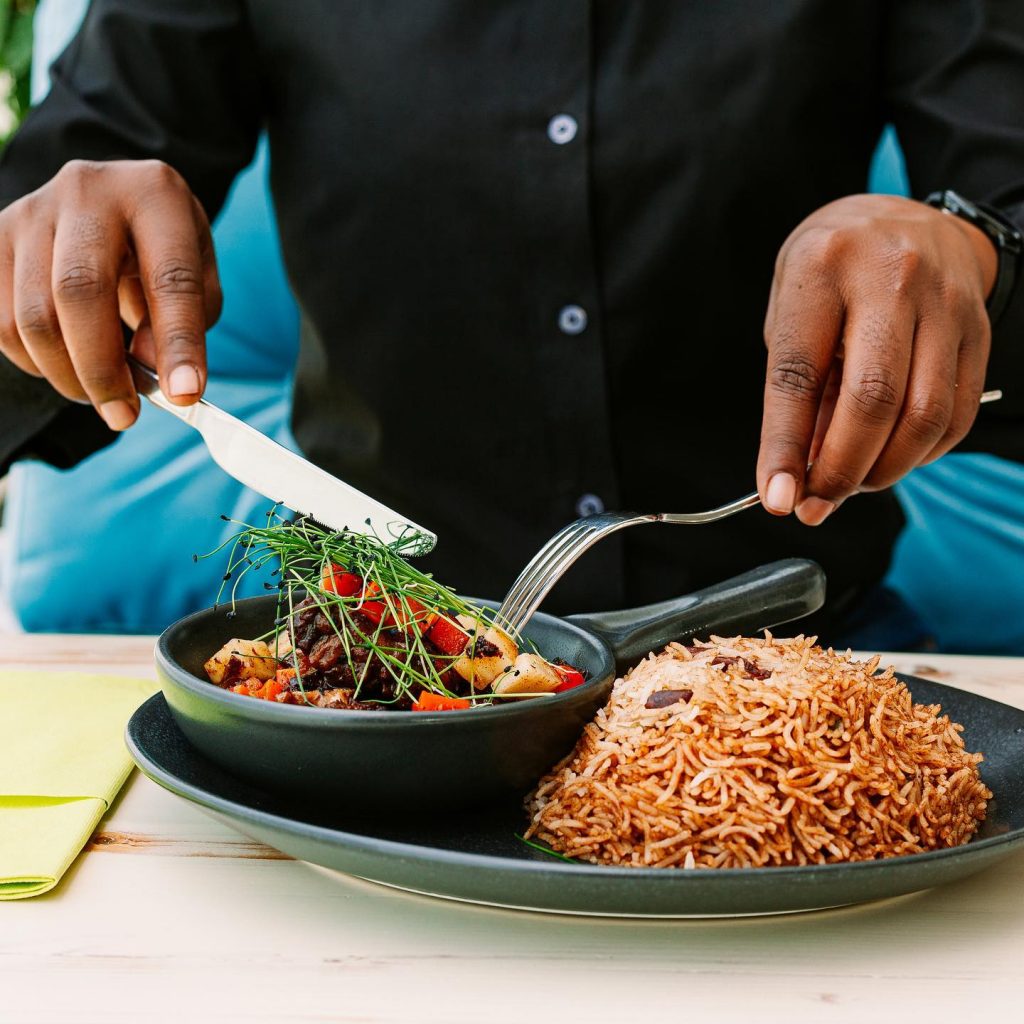 Kesian Bennett, 28, moved to the capital in 2018 and launched Kingston 21 when she realized that Abu Dhabi did not have any Jamaican restaurants. While she has a career in teaching, she was prompted to follow her dream of opening her own restaurant by the COVID-19 pandemic.

According to Bennett, it made her sad to have to stay indoors all the time in 2020. Because she is a home chef, she did “a lot of cooking” at the time, and her page on Instagram filled up with posts about her cooking until she ultimately started a YouTube channel featuring her dishes and renewed her dream of have a restaurant.

Bennett worked with chefs to recreate the dishes she enjoyed when she was growing up in Jamaica. Her goals was always to keep the cuisine as traditional as possible, using real Jamaican ingredients imported from Jamaica, as well as traditional cooking methods and spices. Kingston 21 even has a charcoal grill for cooking authentic jerk chicken. Some of the menu items have been “tweaked,” however, in honor of Abu Dhabi’s multicultural community: oxtail ragu and pumpkin risotto are examples of the cosmopolitan effort. 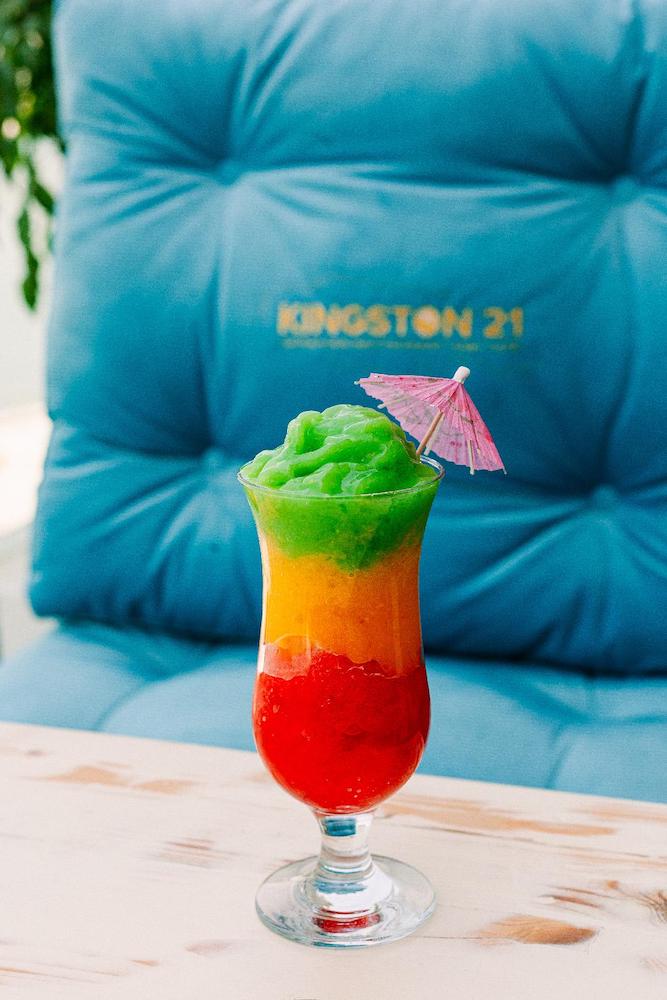 Bennett said her hard work is paying off, with the response to her restaurant being “phenomenal.” The people in Abu Dhabi are very open to trying new things, she said, and many locals are especially interested in the coffee served at Kingston 21. The appreciation expressed by the community is the “icing on the cake,” Bennett added, saying that it is “amazing to be able to add value to Abu Dhabi, and share my culture and food with the people here.”